They say the cars we drive say a lot about us and if that is so invariably true, then this 1970 Oldsmobile 442 will do all the talking for you.

Much like every other American muscle car, the Oldsmobile has an unforgettable story to tell. Born out of the competitive post-war manufacturing era, which built to a crescendo in the late 1970’s, the 442 was the most powerful model Oldsmobile ever made. The horsepower was considerably boosted to a standard of 365 hp and the aggressive W-30 package increased that number to 370, alongside the addition of a fibreglass hood and functional ram-air scoops. So as you can imagine, the 442 concealed considerable clout to appease its tag of being the ‘best-looking Oldsmobile of all-time’.

This particular model, currently listed via Mecum Auctions, represents one the rarest versions in existence as it remains entirely unrestored. Wearing the scars of ageing in its original Twilight Blue paint and matching-numbers drivetrain, the 442 remains fitted with the exclusive G80 performance package and heavy duty radiator. To date, the car has travelled less than 6,000 miles since it left the care of the man who ordered it new until 1998. Which means it is primed and ready to be an enthralling weekend rider once again.

For full auction information head to the Mecum Auctions website and if you’re a fan of American Muscle Cars be sure to check out the 1965 Ford Mustang V8 Convertible. 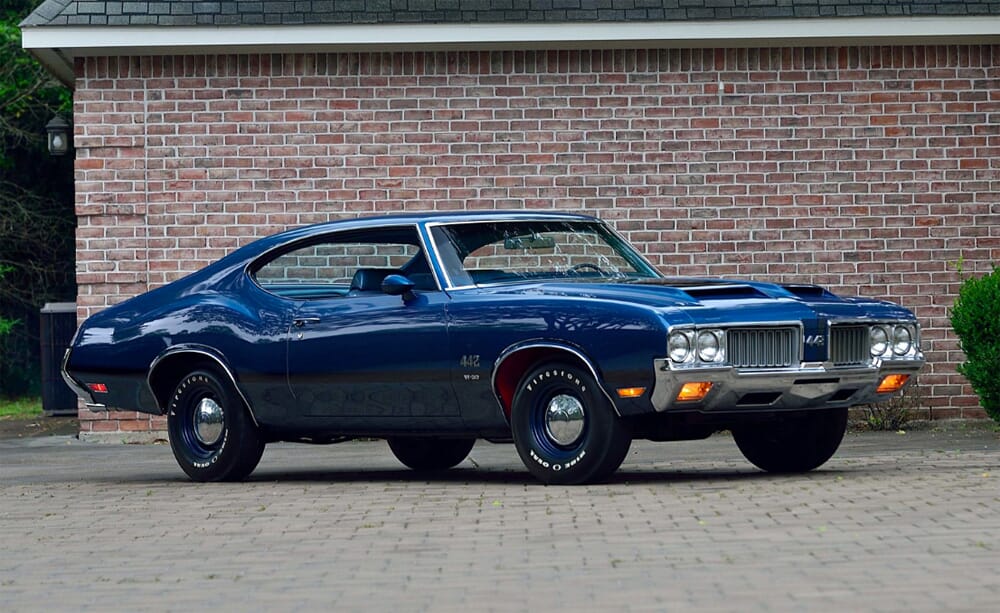 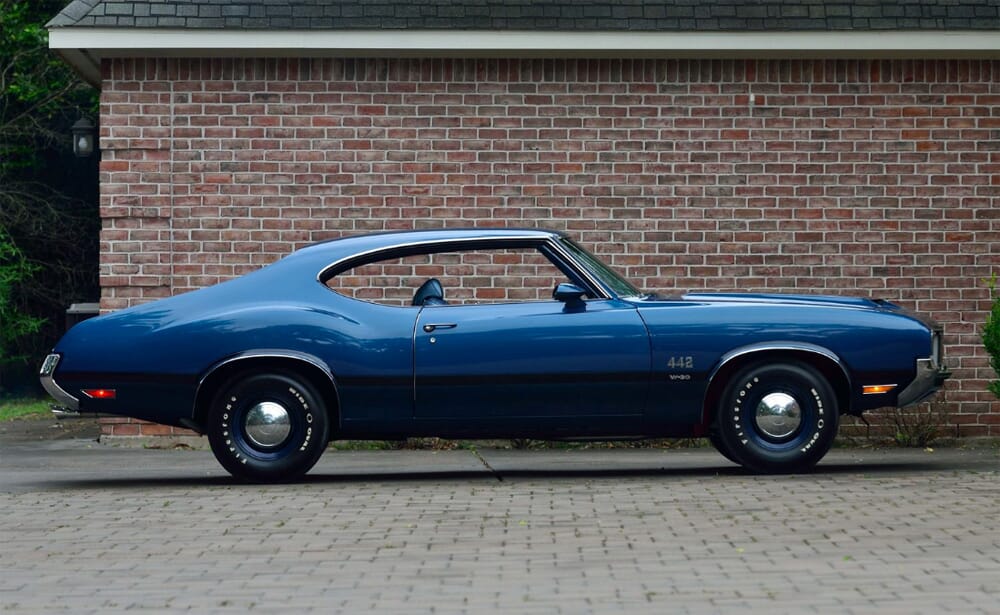 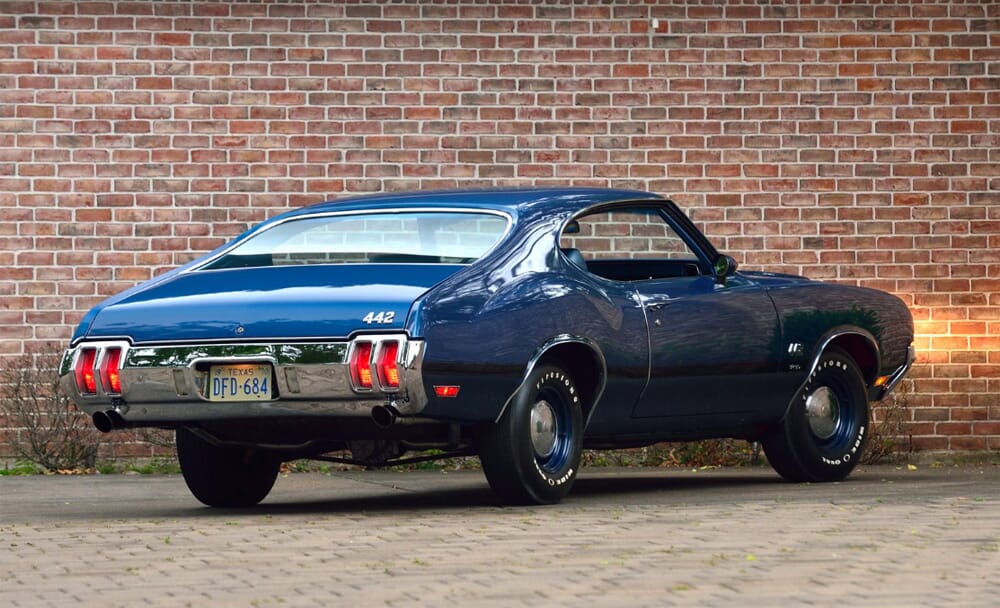 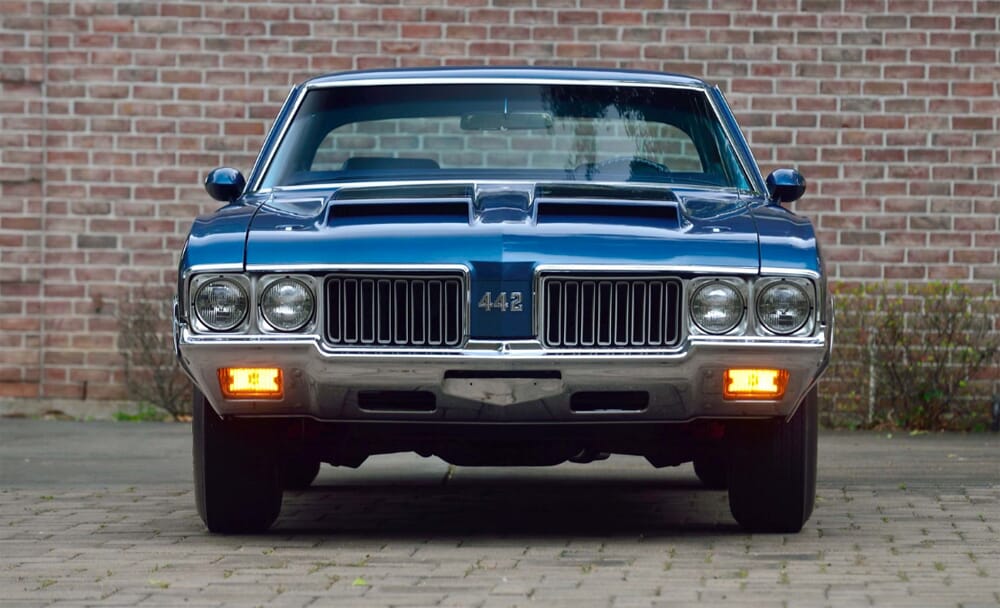 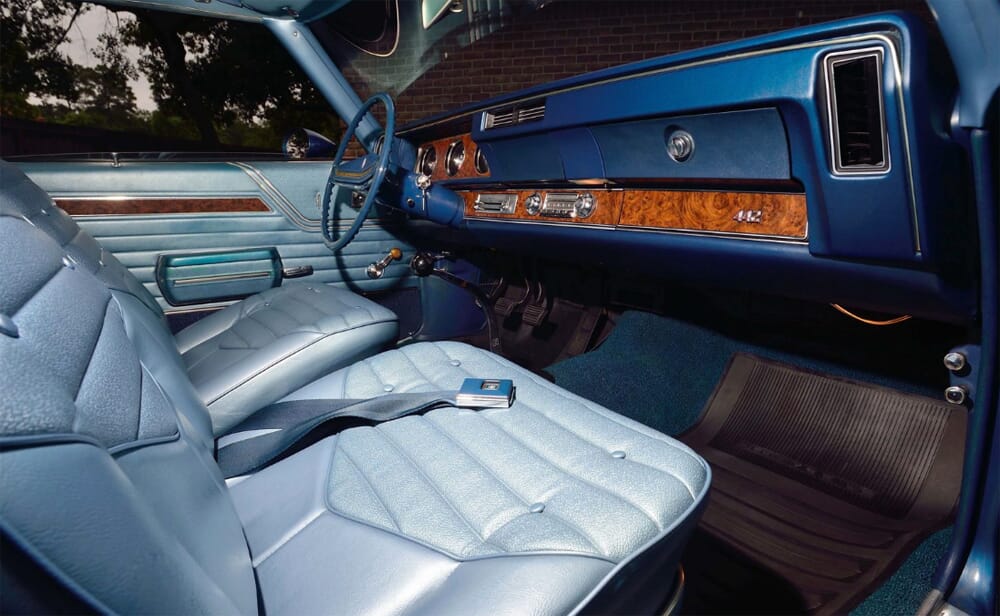