Born to break the mould and disrupt the status quo of 1970’s sports cars, the Ferrari 365 GTB Daytona Berlinetta remains one of the most iconic machines in motoring history.

This particular Nero edition, complete with rich red upholstery, is a showcase piece in RM Sotheby’s ‘Driven by Disruption’ auction on 10th December 2015 – a series which has caught our eye in recent weeks, having previously featured the 1953 Ferrari 250 Europa Coupe, the 1969 De Tomaso Mangusta and the 1991 Ferrari Testarossa.

Undisputedly, the Daytona is deserving of its place amongst the spectacular cars on display at the forthcoming auction, as on appearance alone, the Ferrari boasts a powerful and muscular allure due to its luxurious long bonnet and short deck body.

The enigmatic design of the Daytona was the creation of Leonardo Fioravanti, the chief Pininfarina stylist, who conceived the unique curved silhouette that would go on to completely redefine the image of the Ferrari brand.

As you would expect, the Daytona has been expertly maintained since its road arrival in 1973. With it being just one of thirty examples to ever be created, the model has been beautifully restored, equipped with power windows, air conditioning and alloy wheels.

Having just nudged 28,800 miles on the meter, the low-mileage of the car denotes the fact that it still remains effervescent; ready and waiting to hit the road. 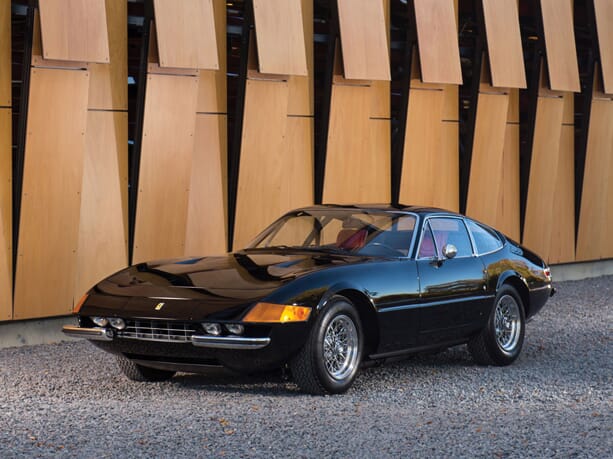 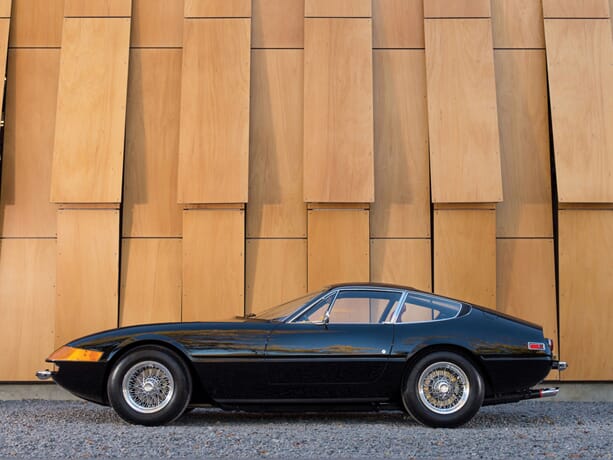 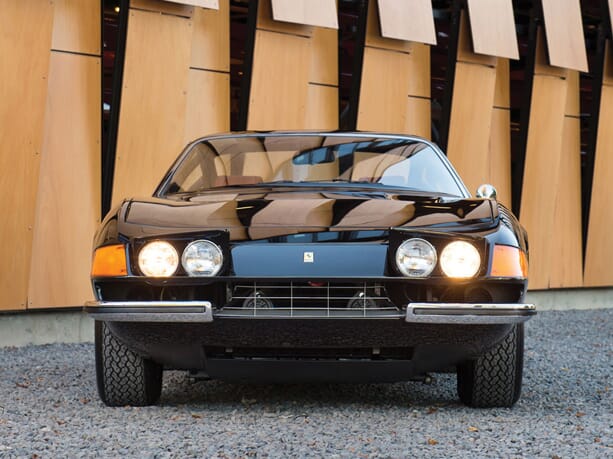 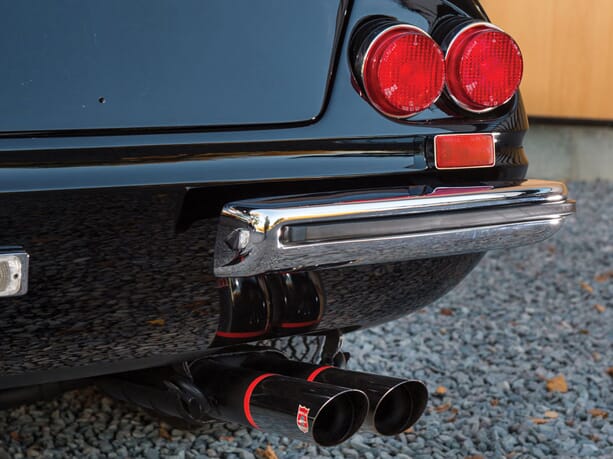 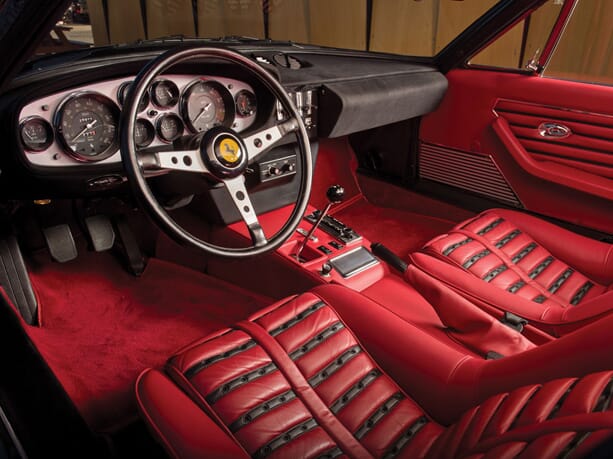 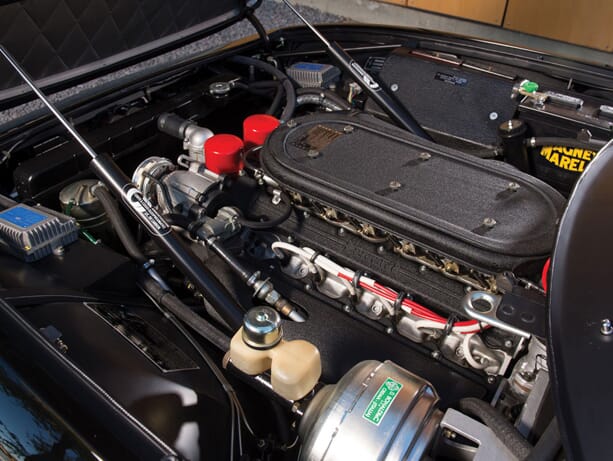