The founding father of the luxury American automotive movement.

With a starting price as large as its personality, the Eldorado provided everything that one could ever desire in an automobile. The svelte, rounded aesthetic made the 1976 Cadillac Convertible a more powerful model courtesy of its return to the more ponderous fender skirts. Elegantly displayed by this 1976 Cadillac Eldorado Convertible which rolls up to auction via RM Sotheby’s Arizona series between 28th-29th January 2016, alongside the 1958 Mercedes-Benz 300 SL Roadster previously featured on the OPUMO Magazine.

This particular Eldorado serves up the opportunity to own an original Cadillac with an illustrious history. Outfitted in Cotillion White over White Sierra Grain Leather, the car has been further enhanced with a power trunk locks, door guards, cruise control and bespoke carpet mats in the front and rear.

Inside and out, this spectacular Eldorado Convertible remains in pristine condition. Thoroughly maintained throughout its history, including two full mechanical refurbishments, the Eldorado has been perfectly preserved for future generations.

Showing no signs of wear, this 1976 Eldorado is the perfect example of 1970’s Americana engineering. Carefully nurtured to impeccable standards, the cruiser is tuned expertly for the next owner to enjoy in any way they see fit. 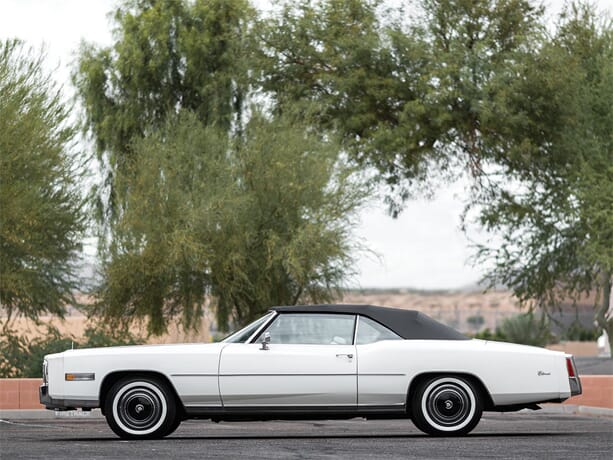 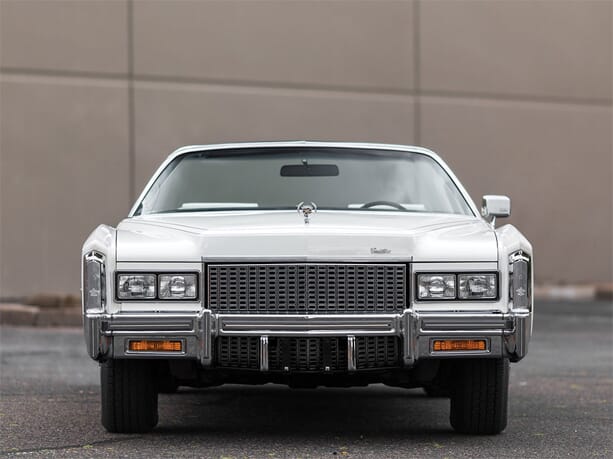 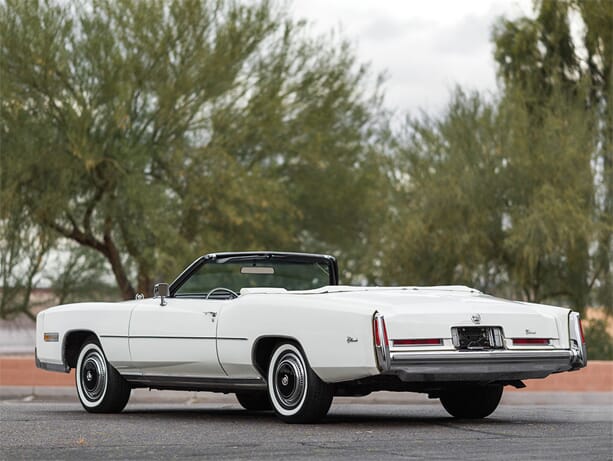 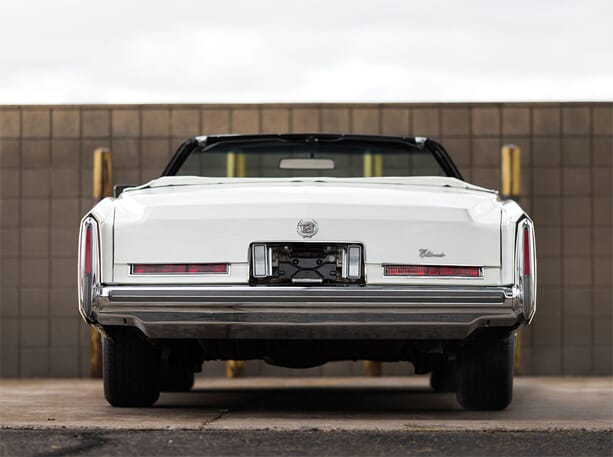 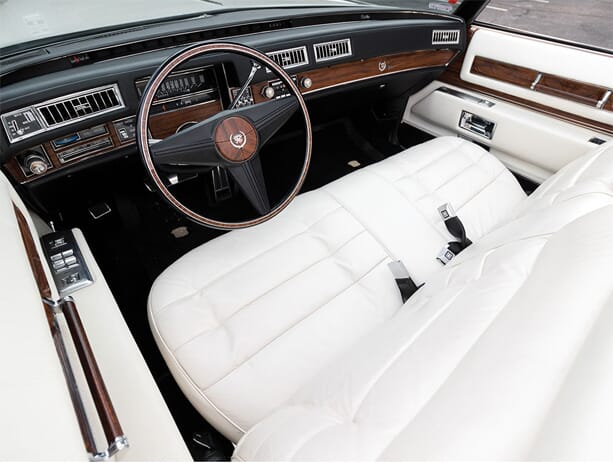