Relic Motorcycles breathe new life in to the Yamaha XS500 bike; allowing the vintage machine to step out of the shadows of its refined elder brother, the XS650.

Serving as second rate to the more powerful and popular XS650, the XS500, despite its relatively lowly reputation, made a significant impact on motorcycling history. As it was the first Yamaha bike to possess their contra-rotating balancer; which allowed the company to produce a parallel twin model that was aesthetically pleasing, powerful and cheap.

This particular 1977 Yamaha XS500 carried the scars of its years when it was picked up by Tommy Rand, Co-Founder of Relic Motorcycles from Aarhus, Denmark. Consisting of no seat and a damaged paint job, the XS500 had been available for over a year until Relic Motorcycles purchased the bike; envisioning a new future for the forgotten Yamaha.

Updating the traditional square lines of the bike to form a dynamic and lustrous road model, Relic completed the aesthetic with a Dakota Grey Metallic exterior. Complimented with intricate gold pinstripe detailing to balance the the gold Yamaha logo stationed on the side of the tank. Elsewhere, the rear subframe has been stripped back to boast a minimalist design, with a new custom seat installed on top of the rear end to provide an extremely comfortable ride.

In order to achieve the new and improved café racer stance of the bike, Relic lowered the front forks with gators and polished legs, alongside powder coating the wheels in a tough matte black finish with accompanying Vee Rubber Tyres.

But what sets this concept bike apart is that the rear and the centreline of the tyre is directly inline with the seats central stitching, which is also lined up to precision with the tanks’ pinstripe design. The intricate design signifies the level of precision, detail and devotion installed in the XS500. Boasting a flawless new identity; the XS500 is no longer the incompetent little brother after all. 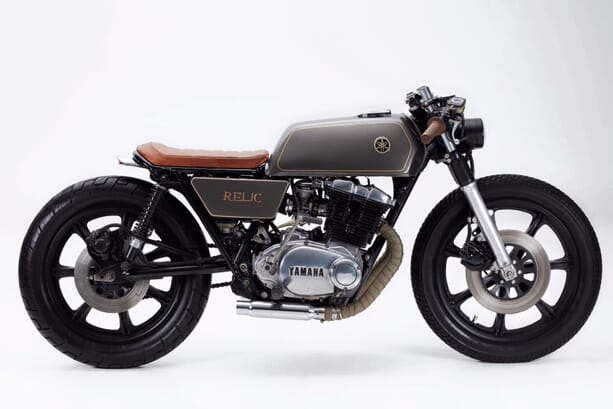 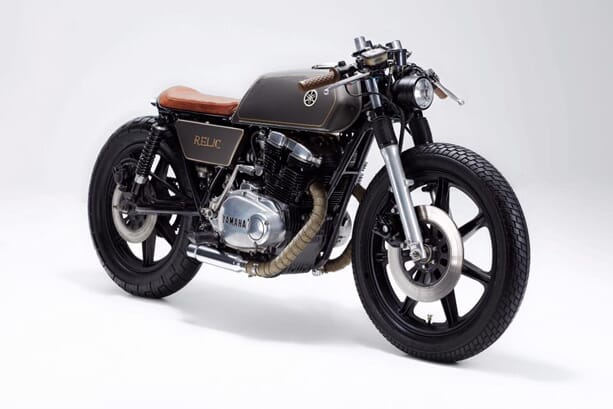 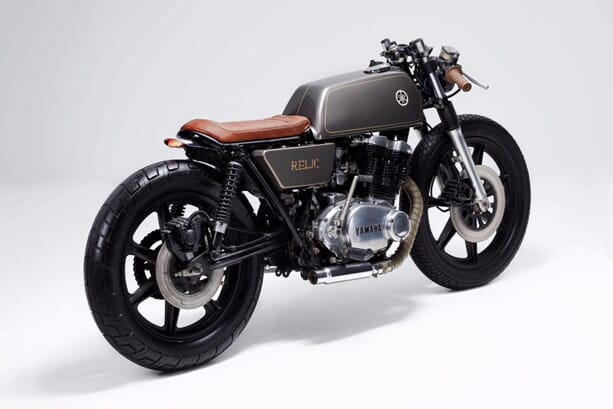 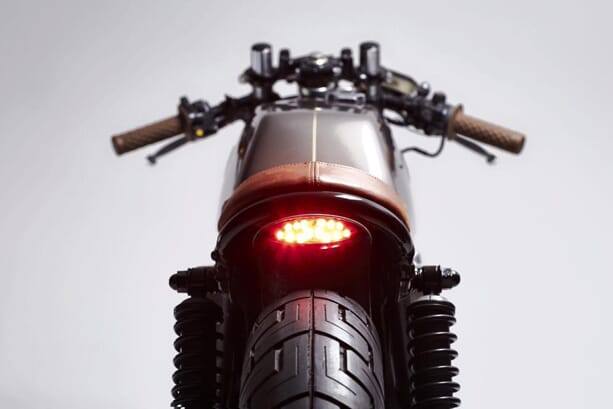