Setting the benchmark for durability and resilience, the Toyota Land Cruiser has been a stalwart in automotive culture since it emerged in 1951.  Carrying a no-nonsense attitude, the Land Cruiser only features the bare essentials, which seemingly adds to the Cruiser’s rugged appeal. As a testament to its success, the Land Cruiser remains the longest-running production car in Toyota’s history, selling 6.5 million units along the way.

This particular 1978 Cruiser underwent a comprehensive restoration at the hands of the FJ Company. Stripping the car back to its humble beginnings, the team began by re-coating the original Toyota sky blue paint alongside the Cygnet White roof. Inside, the interior has been completely re-upholstered to incorporate a new roll bar, door panels, dash pads and headliners.

Under the hood, the dedicated restoration continued, as the 4.2 litre six-cylinder engine, four-speed transmission engine was methodically rebuilt. With a desire to keep the car true to its heritage, FJ used original Toyota OEM parts where possible to propel the 1978 Land Cruiser back to its scintillating best.

Heading up to auction this January via the FJ Company series, this Land Cruiser provides the perfect chance to own a piece of automotive history. 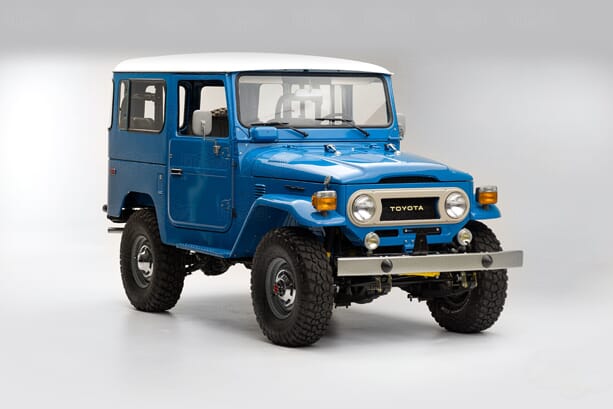 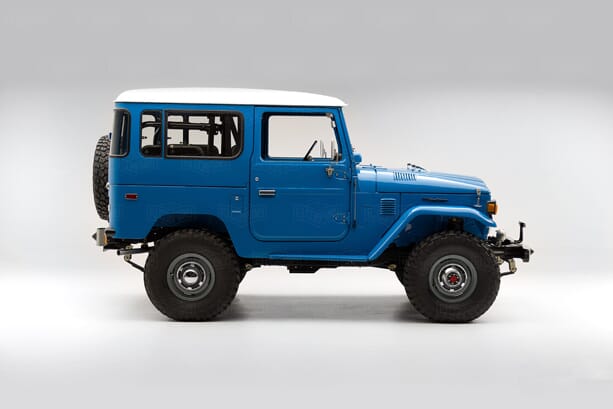 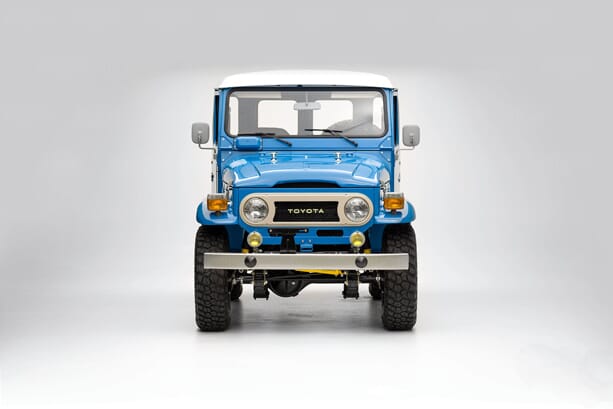 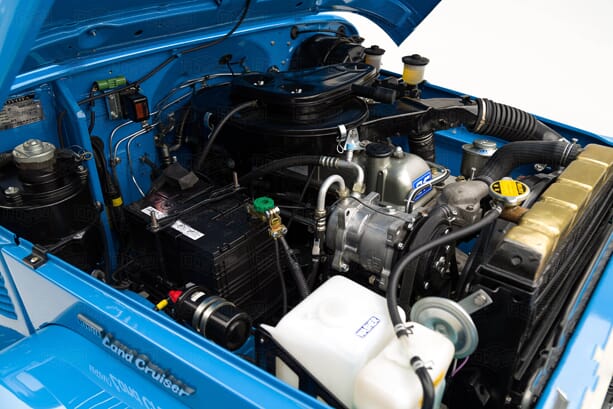 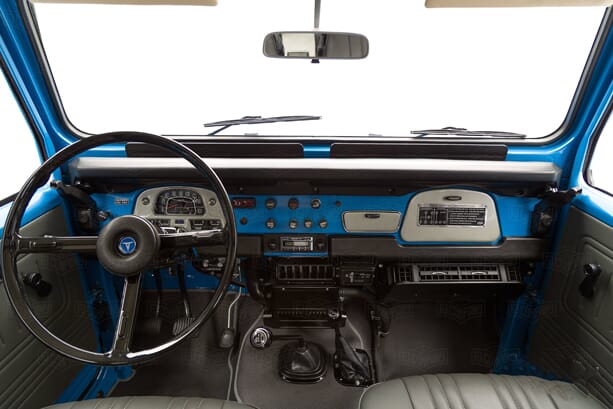