Among one of the rarest machines ever conceived, this 1979 BMW M1 is a cornerstone of motoring history.

Revered as the greatest car to ever be created; its exceptional rarity only serves to add to the M1’s formidable fervour.

What is more- this particular 199 BMW M1 is rolling up to auction this month via the Ferrari of Long Island auction house, estimated to earn a cool $600,000.

Regarded as one of the most complete and untouched examples of the M1 in existence, it is clear to see why it is set to earn such a handsome figure when it goes under the gavel.  As it stands as just the 16th M1 of 440 individual vehicles created between the beginning of July 1978 and ending in March 1981.

Of these cars, 399 were allocated to be normal production road-cars with the remaining models built for test purposes, particularly in the ProCar series. This M1 on display was a Press Car example which boasts a rich full-leather interior instead of the simplistic cloth and leather combination which was included in most models.

Complete in a handsome dark blue metallic paint, this particular M1 has enjoyed a rather carefree existence; residing in California since 1981 after finishing its promotional duties for BMW, the car has been owned the by a single collector for the last 25 years and has only covered 24,472 miles in total. Beautifully in tact from its original condition, this M1 is one of the most original and accurate examples of a vintage supercar that the world has ever seen.

Which is why it’s supercar credentials are still vehemently vicious; as the mid-engine car is powered by a big straight six engine displacing 3.5 litres- with a standing start the M1 can accelerate from 0-100 kmh in less than 6 seconds. 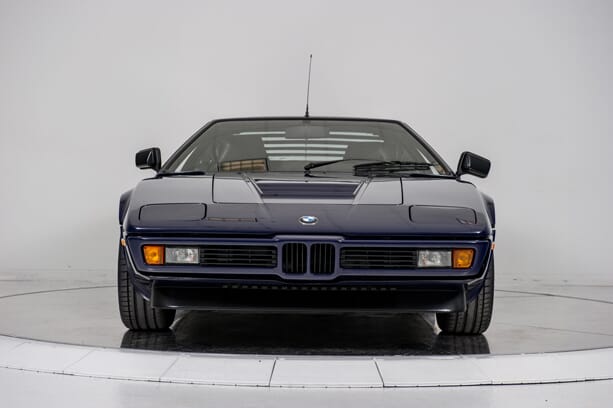 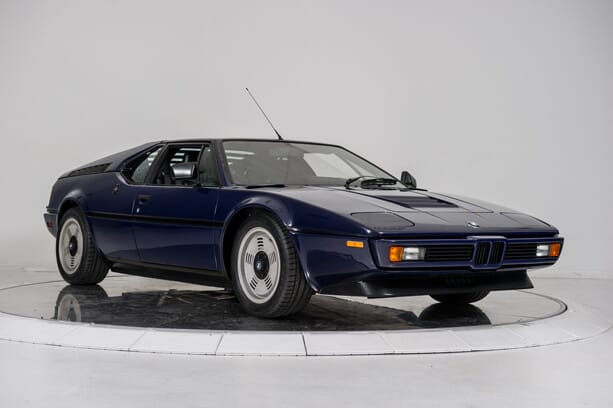 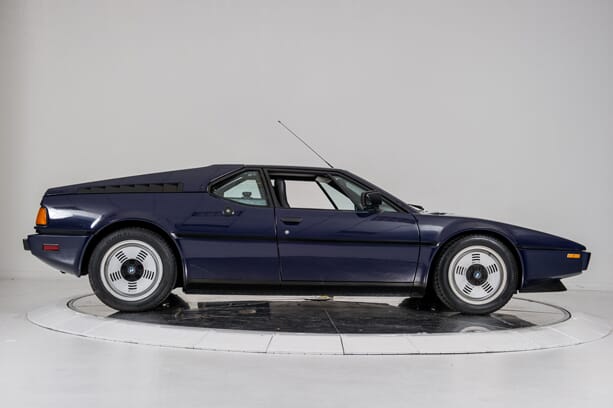 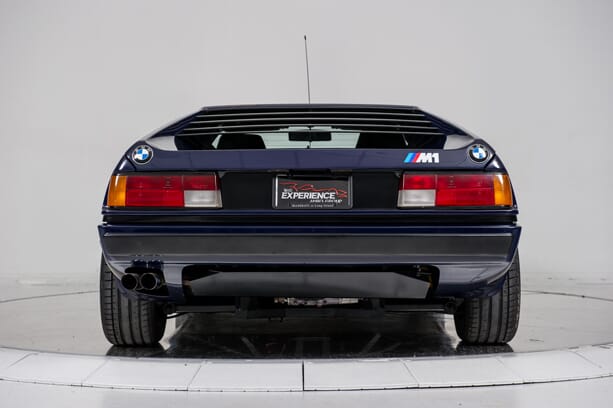 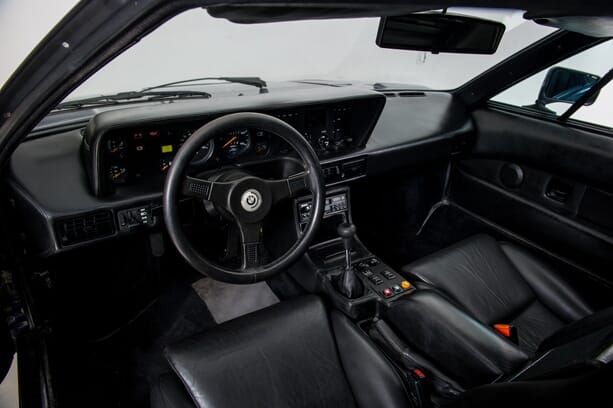