The Aston Martin V8 Vantage is a cornerstone of British motoring courtesy of its characterful charm and rebellious 'Bond' attitude.

Made famous by Timothy Dalton in 007’s outing in ‘The Living Daylights’, the Vantage is widely regarded as ‘Britain’s first supercar’. When conceived in 1977, the V8 Vantage concealed a top speed of 170 mph, and was latterly installed with the traditional twin choke, four down draught Weber carburettors alongside the 580x engine for added power. The 580x engine made the car one of the quickest production models that the British marque ever produced. Which evolved to inspire the X Pack edition.  The X Pack features a 16” bolt on stud alloys, full leather interior with walnut wood detailing, integrated power bulge and the iconic Vantage branding on the side.

The car in question is rolling into RM Sotheby’s auction between the 28th- 29th January 2016, complete in a majestic dark obsidian green exterior. When looking at its side profile featuring powerful lines and exquisite craftsmanship, you’ll be forgiven for mistaking the Vantage for a Mustang. Yet, similarly to the Mustang, despite carrying some heft, the Vantage was no slouch.  Packing a 410 bhp engine, the Vantage defeated esteemed Italian rivals such as the Countach and Testarossa with aplomb.

A potent mix of power, speed and luxury. Take a closer look at the V8 Vantage below. 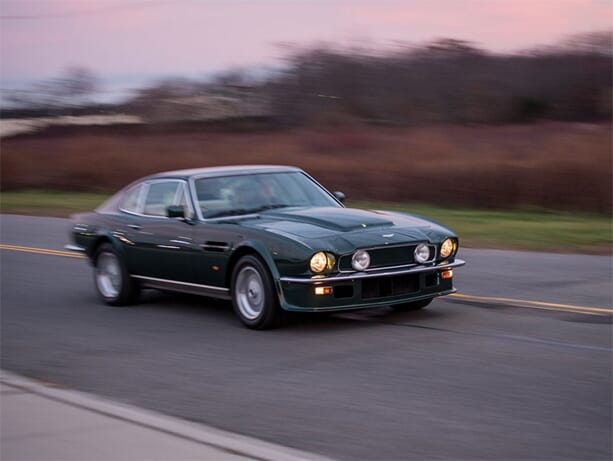 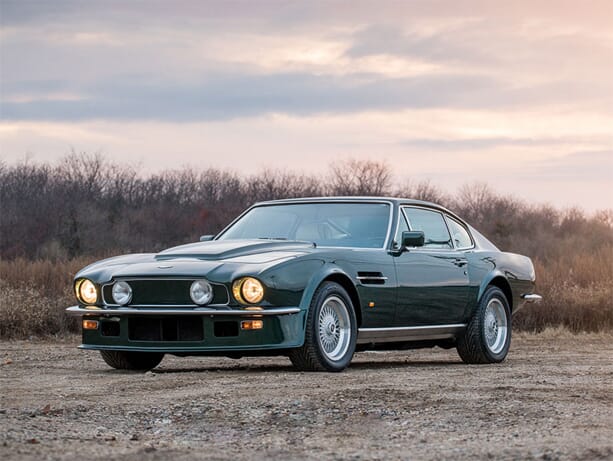 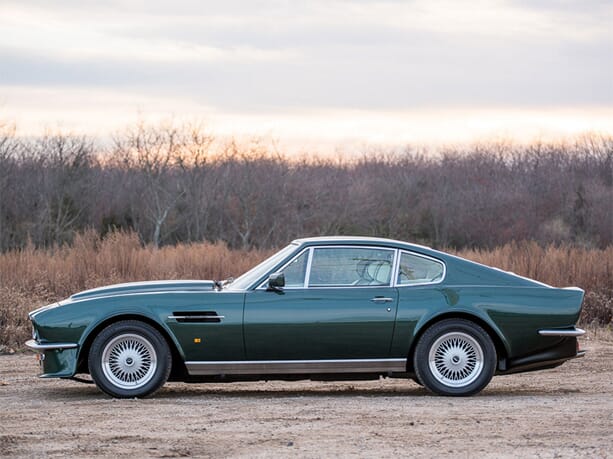 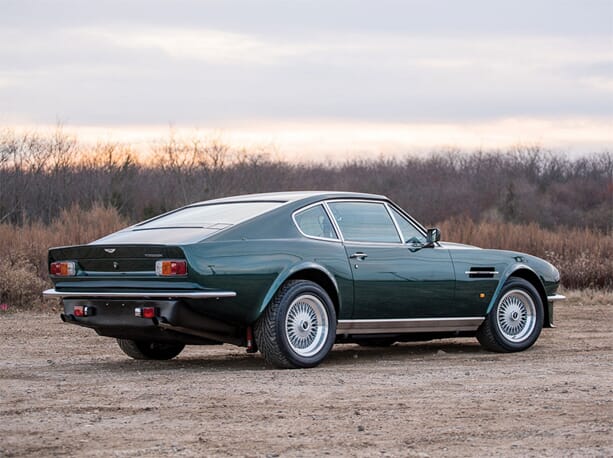 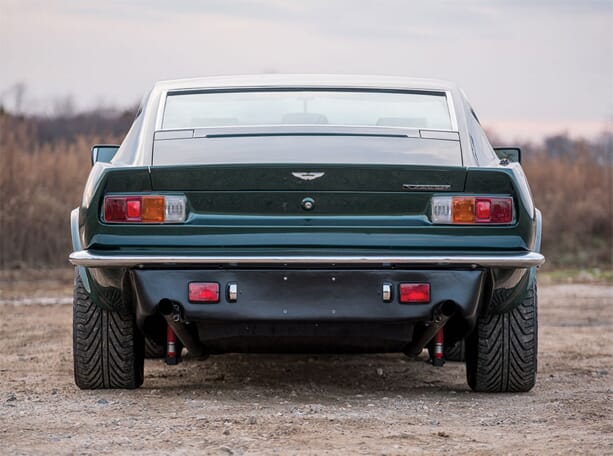 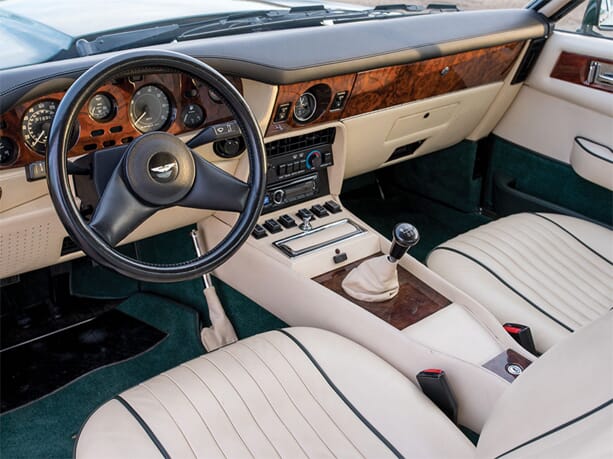 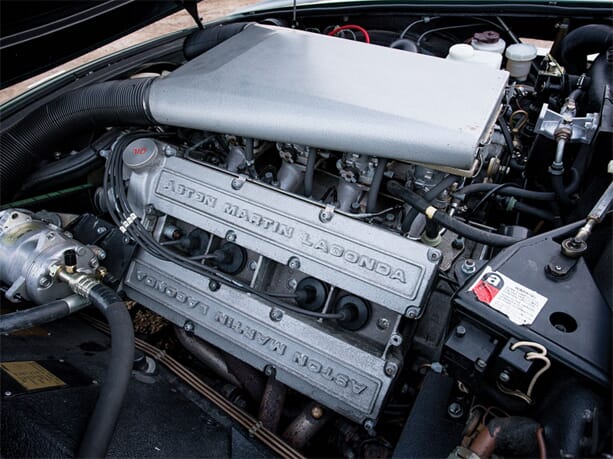