The Porsche 911 is revered as one of the most near perfect examples of a sports car in modern motoring history. Yet, with that comes its own problems – how does one improve on perfection?

That was the problem Porsche seemingly encountered and staggeringly overcome when they created the incredible Porsche 911 Turbo Cabriolet ‘Slant Nose’.

The special edition Porsche was built after a flurry of wealthy Porsche supporters encouraged the German Automaker to create a unique road-worthy sports model that possessed all the capabilities of an aggressive race car.

Consequently, the company began to produce a small series of 911 Turbo coupes and cabriolets that bore the resemblance of the aerodynamic 935, only with more speed and power. Alongside the extensive engineering enhancements, the new Turbo 911 was built upon an entirely new cosmetic package which increased the stance and the shape of both the front nose and the rear-wing.

This particular 1988 Porsche 911 Turbo, rolls up to auction via RM Sotheby’s upcoming Amelia Island series on the 12th March 2016, as one of the rarest models in existence. Alongside its powerful 3.2-litre turbocharged engine and four-speed transmission, this 1988 Slant Nose was expertly equipped with a limited-slip differential, a power top, air conditioning, tinted windshield, adjustable seats, central locking and a pioneering Blaupunkt Reno Stereo System – to name just a few of its innovative details.

Finished in a special-order Silver Metallic with accompanying Marine Blue interior and blue canvas top, the Turbo Cabriolet remains in pristine condition – having notched just under 9,000 miles on the clock. Which means, this 911 has barely been broken in, and that means its new owner will have the honour to awake one of the most enigmatic cars to ever emerge from the Porsche garage.

Check out the full auction information by visiting the RM Sotheby’s website, and if you are a fan of Porsche, read up on the spectacular Goldfinger Porsche 911 by Singer Vehicle Design. 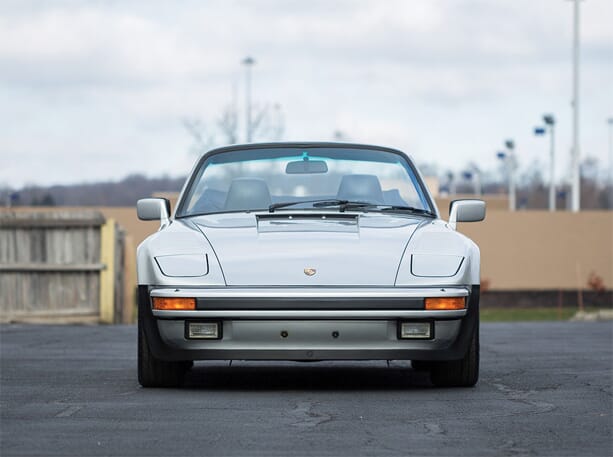 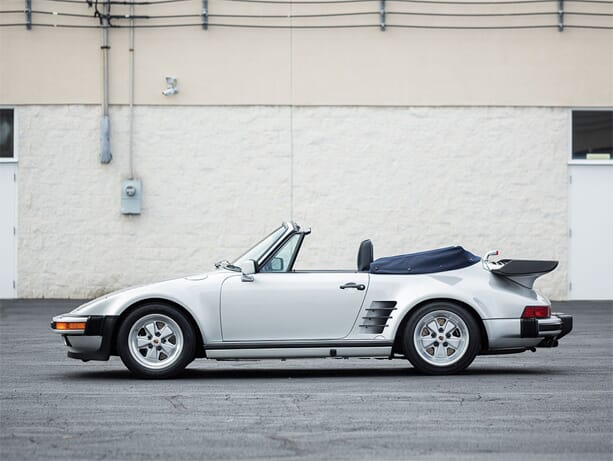 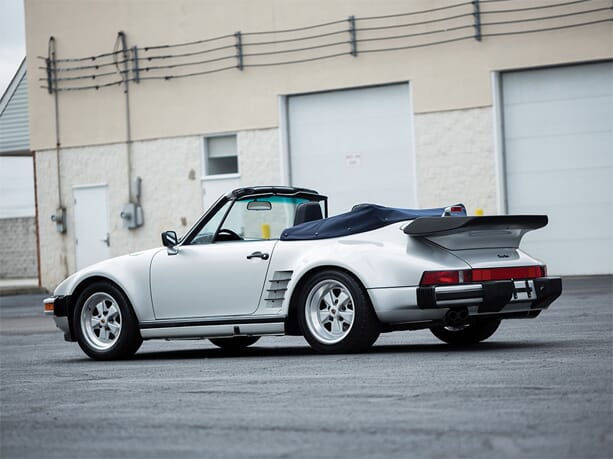 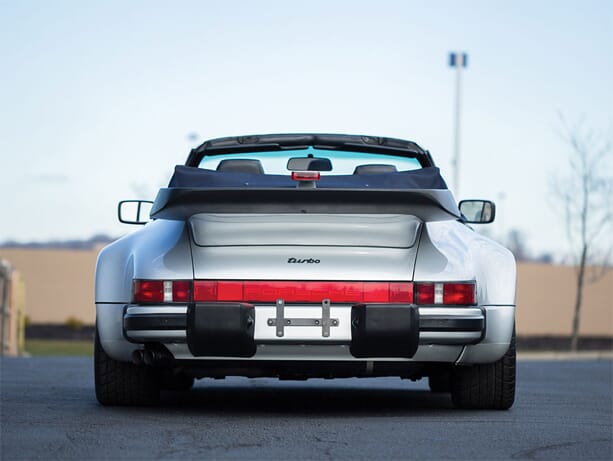 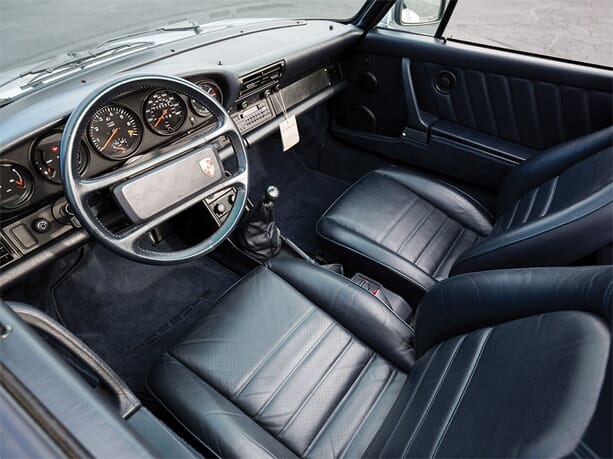 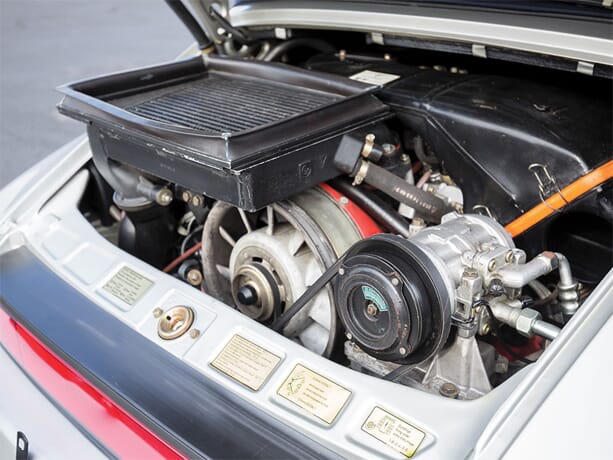