Boxy, four-door, large spoiler machines are normally reserved for the underground street-races you see when you drive past multi-story car parks after dark. Yet, this 1990 Mercedes-Benz 190E Evolution 2 was the orchestrator of that hardy, aggressive stance; and that is why it is so supremely special.

Mercedes went toe-to-toe with BMW when they launched the initial 190 Series in 1982, and as with anything the German automakers do, it was met with great success. Over two million units were sold over the course of its ten-year life span. So it seemed a natural progression for Mercedes to improve the 190, and so they did. Debuted at the 1990 Geneva Motorshow, the Evolution 2 featured a new powerful looking body kit with a flamboyant rear wing.

The Evolution 2 was also updated internally; fitted with a 2.5-litre 16-valve engine that produced 231bhp, some 36 horsepower more than the standard stock version. A top speed of 155mph was also easily achievable, which made the 190E a rare hybrid with that fact that it was a comfortable ride despite its dramatic mechanical improvements.

This particular black 1990 190E is currently listed for auction via Bonhams, with a list price between £110,000 - £140,000. Currently displaying only 48,000 kilometres on the clock, the car has recently benefitted from a fully restored body and the renewal of four new tires. Which makes this 190E one of the most collectible modern Mercedes around – will you be bidding?

Fan of Mercedes? Check out the classic 1958 Mercedes-Benz 300 SL Roadster. 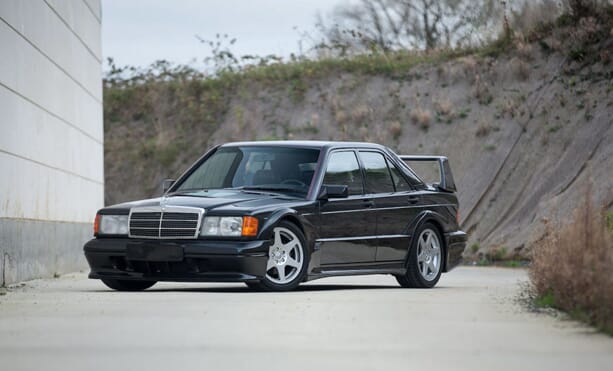 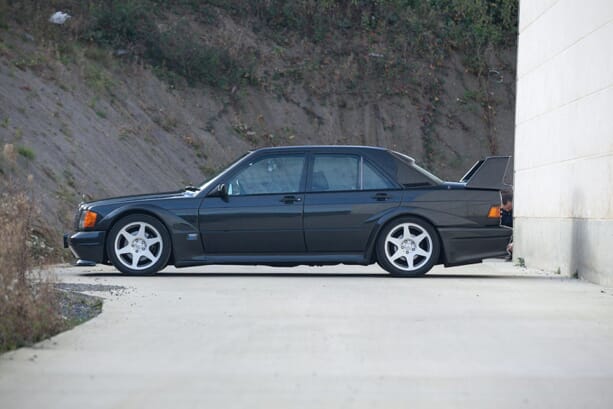 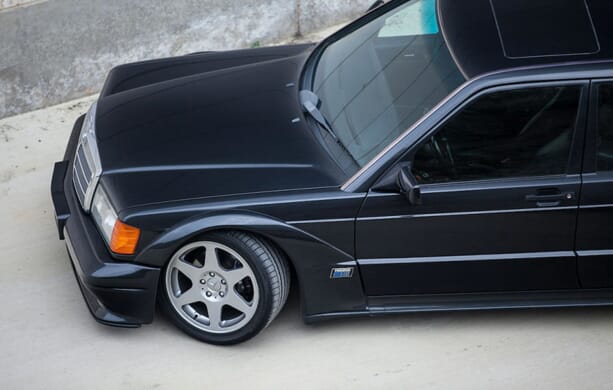 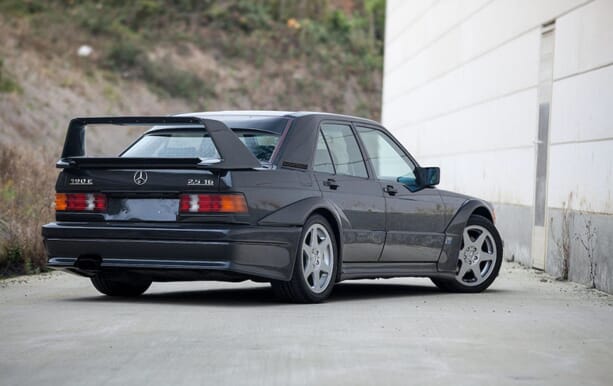 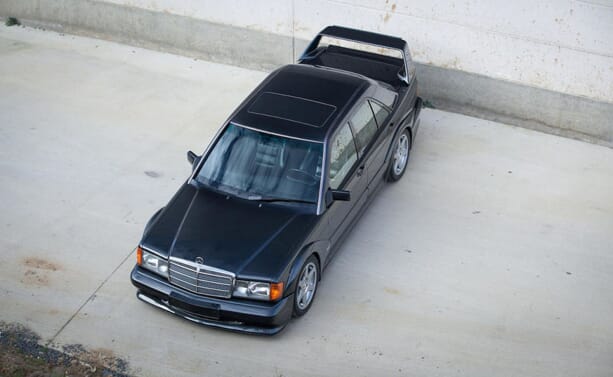