The Porsche 911 is the most adored sports car of all time; with this Carrera RS edition the most versatile machine to emerge from the esteemed German automaker.

A truly multi-talented machine, the RS Coupe’s revered reputation is enhanced through the car’s scarcity – with only 2,000 models ever produced. Rather than the competition variants or the enigmatic Carrera Cup Racers, the street-worthy Carrera RS remains a civilised road-runner despite possessing the customary 911 speed.

The lightweight RS was powered by a six-cylinder 3.6 litre engine, coupled with a Bosch Motronic-controlled sequential fuel injector that produced 260 horsepower at 6,100 rpm. Complete with competition-oriented suspension, magnesium-alloy racing wheels and an improved curb weight, the Carrera RS was extremely quick for a road-worthy model; reaching 100 kmh in just 5.3 seconds.

This particular Carrera RS rolls up to auction via RM Sotheby’s Paris auction series on the 3rd February 2016. Boasting a rich racing pedigree, this RS has claimed podium finishes at the Italian Porsche Super Sprint in 2002, the Sauchelli Auto in Caserta in July 2003 and the prestigious Algi Car in Lucca. Showing just over 41, 862 kilometres on the clock, and having benefitted from a recent engine rebuild, this 1992 Porsche 911 Carrera RS presents the opportunity to own an enthralling high-speed road car. Complete with black and grey racing bucket seats and four-point racing seat belts, the Carrera RS is ready and waiting to hit the track once more. 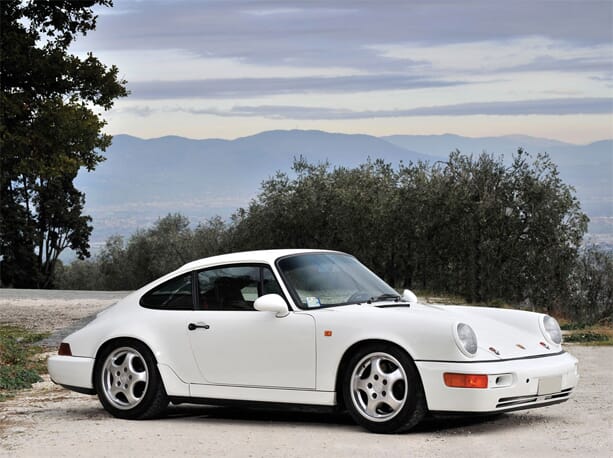 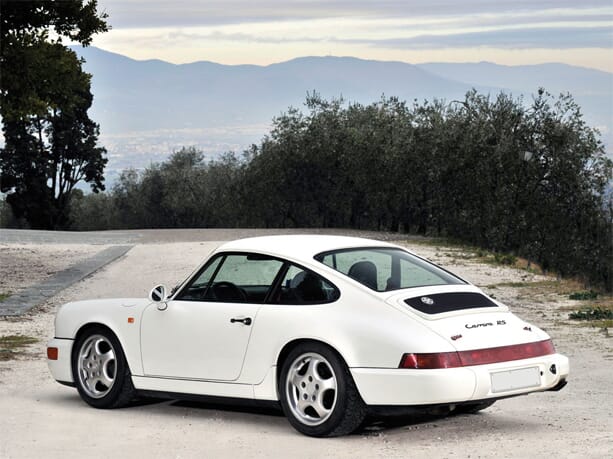 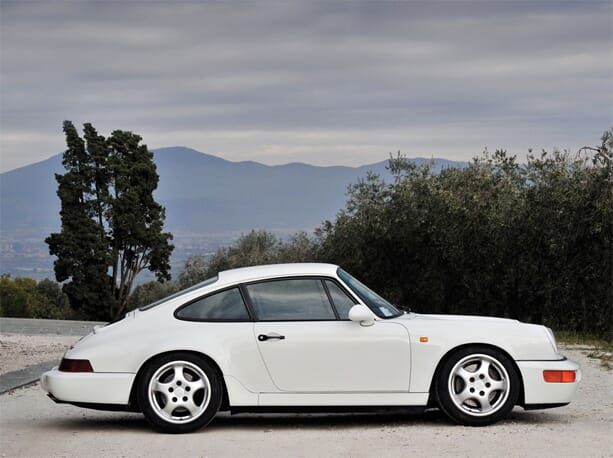 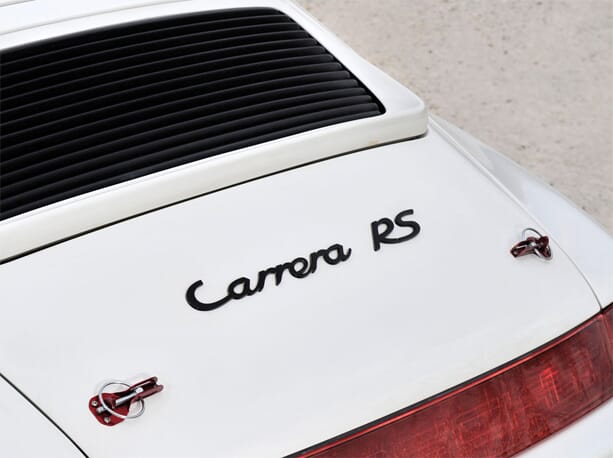 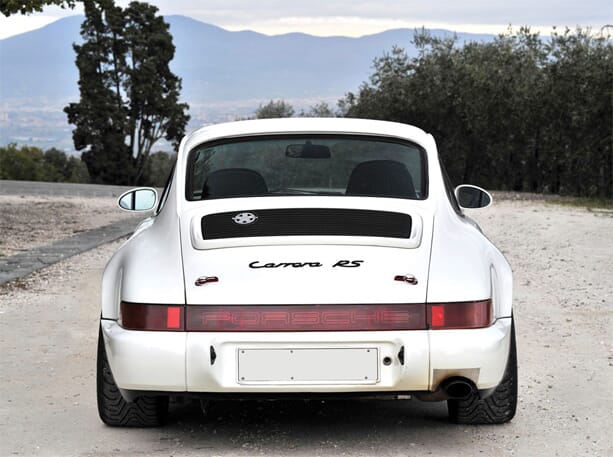 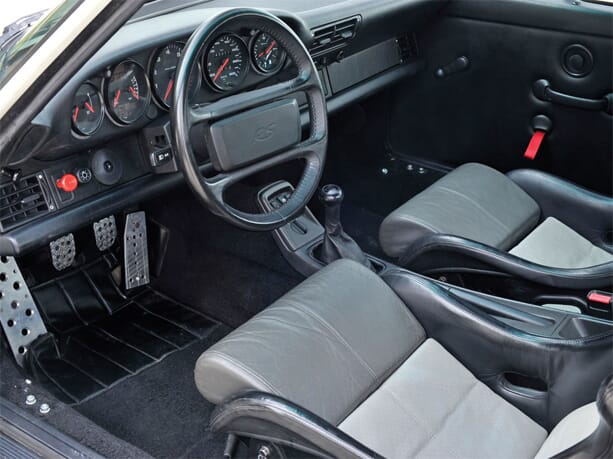