A Bright Future: New Works from Russia by David Burdeny

Underground, subway, or just a method of transport on your morning commute- however you describe the train network in your city- they all share one common denomination. Largely, they all act as a means to an end; providing an uninspiring, claustrophobic experience.

Providing an exception to the rule, Canadian photographer David Burdeny presents a collection of enchanting images showcasing the ornate and elaborate Metro system of the Russian capital, Moscow and St. Petersburg.

Taking over a year to collate, through a painstaking pursuit of capturing the pictures by hourly slots after midnight, Burdeny’s collection portrays the enchanting nature of the stations, devoid of any distractions; with no passengers in sight or no advertising on the walls.

Initially designed in the 1930s by Russia’s most revered architects, it was in fact Stalin who permitted that the stations were built upon the concept of svet – as ‘palaces for the people’. Consequently, the metro system was, and still exists as, USSR’s most elaborate and extensive architectural projects.

Designed to embody ‘radiance’, the structures boast large, sweeping ceilings alongside grand chandeliers, which prompt passersby to look up and admire them. Which Stalin hoped people would extend that thought of admiration, to view himself in the same prestigious light.

Take a look at our selection of photos from David Burdeny’s unique photo series A Bright Future; New Works from Russia, below. 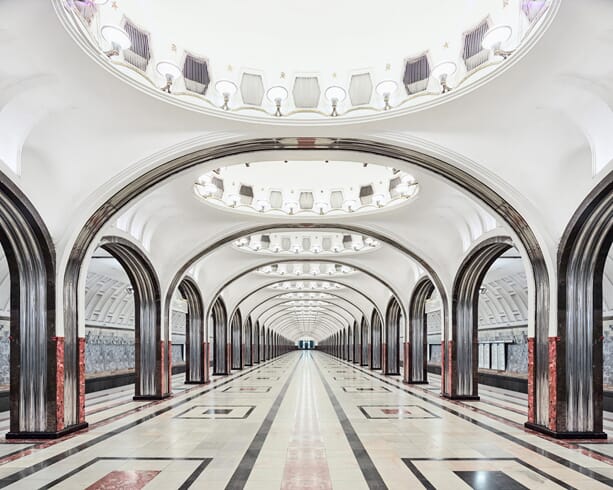 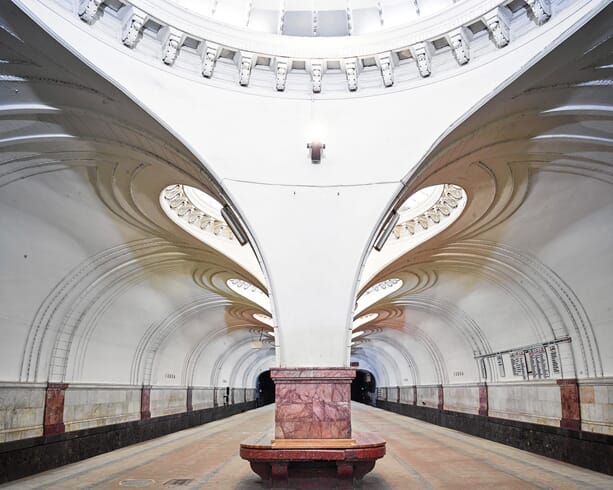 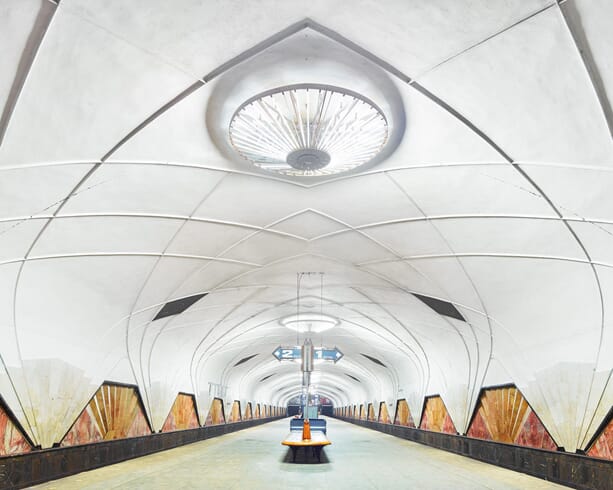 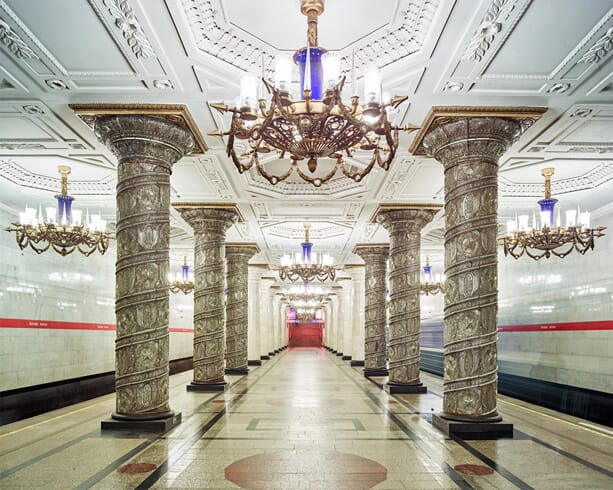 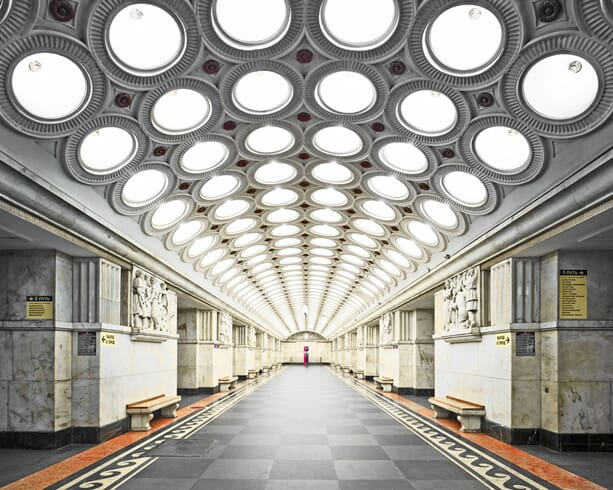 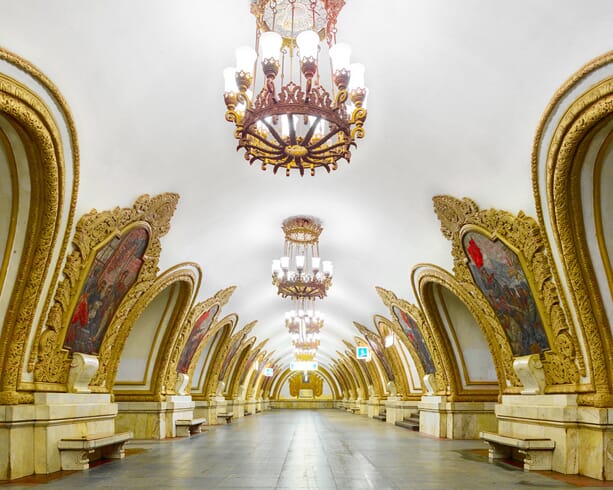 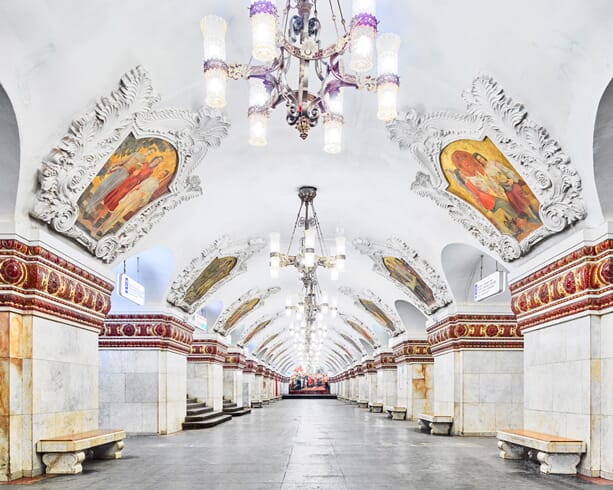 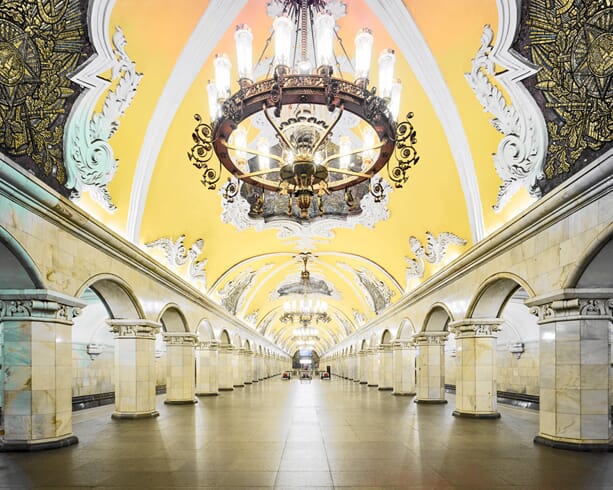