Sao Paulo is alive with secluded architectural treasures, with Paulo Mendes da Rocha’s home and the Sao Tomas apartment previously featured on the OPUMO Magazine, so it comes of no surprise that yet another Brazilian retreat has caught our eye.

Enlaced with a calming tranquility, this renovated flat in the Pinheiros area of Sao Paulo is located in a 1962 structure and built by a group of friends who all wanted to live under the same roof.

Conscious of its inconspicuous location on Joao Moura Street, Apartamento Joao possesses its own rustic, unique style where a rugged simplicity revolves an open-plan living room and kitchen, with an adjacent bedroom and private area harbouring a more reserved space.

The relationship with old and new is eloquently balanced throughout, with some pre-existing walls torn down to offer more light and space, alongside the preservation of the large window in the middle of the structure which now acts as a centrepiece to the house.

Elsewhere, the apartment’s existing doors were replaced by vintage ones found in Sao Paulo’s renowned Embu das Artes antiques area. An assortment of colourful cement tiles were fitted in to the wooden floor to appease the rustic wooden floor boards and to create a cosy, warm character. Bare brick walls and exposed concrete pillars contribute to the rustic aesthetic, while remnants of the old walls and ceilings were kept in tact as a nod to the home’s previous façade and to create a fresh and playful character.

In terms of decoration, the house continues in the same vein of form. Merging an eclectic mix of references together, through combining a classic piano with traditional pieces such as the Paulistano Chairs and recovered vintage products, like the master bedroom bed discovered at a flea market.

Refining the whole design is the extensive collection of plants, which add subtle touches of greenery to the interior, counteracting the abrasive, concrete jungle which dominates the surroundings of the house.

Take a closer look at Apartamento Joao below. 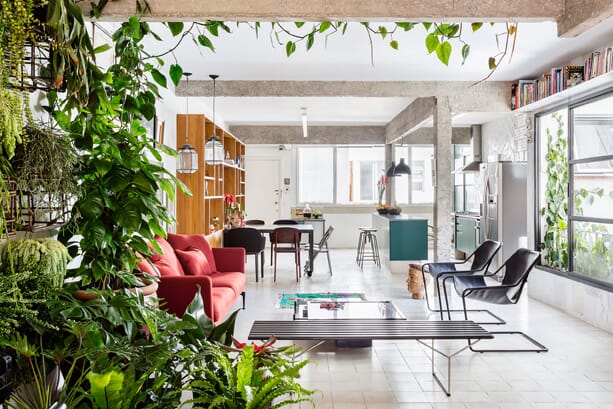 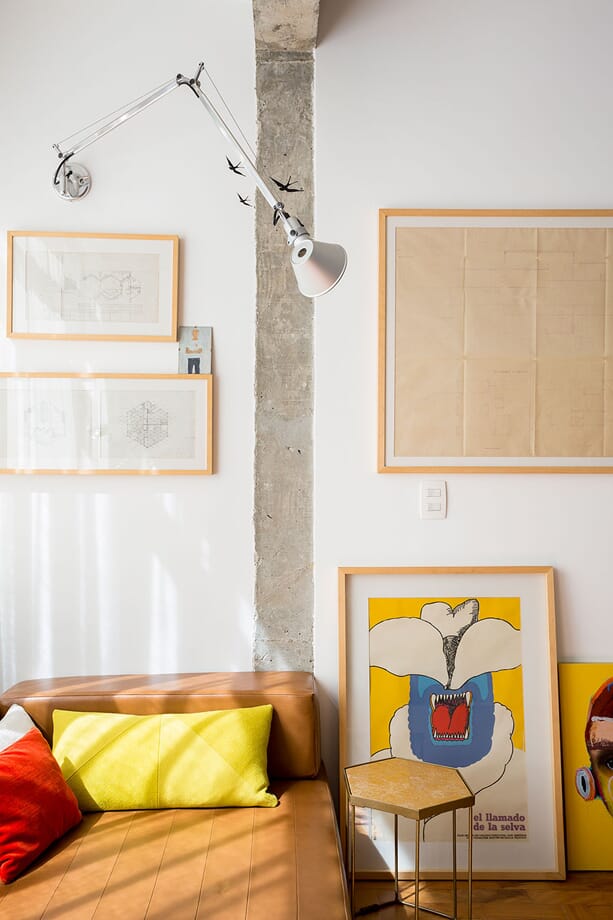 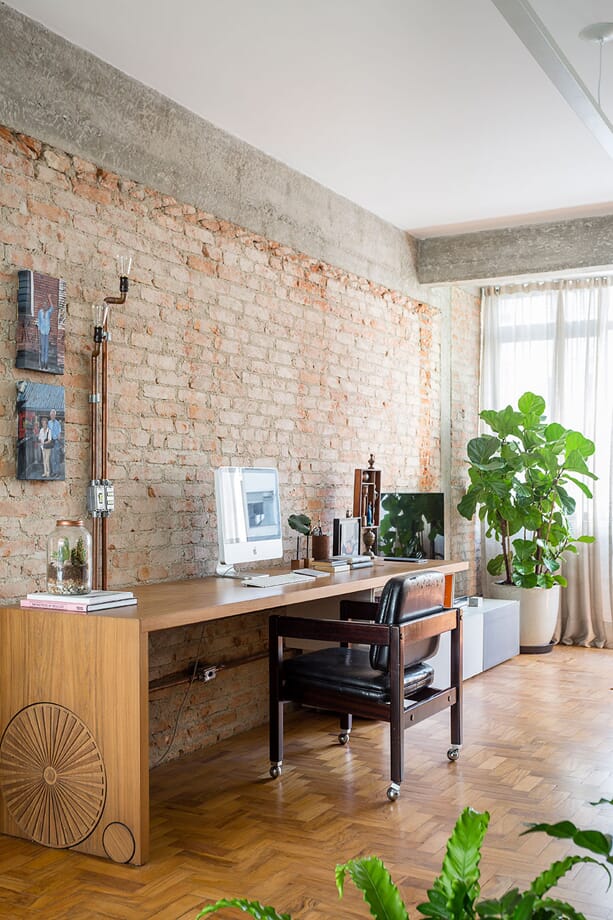 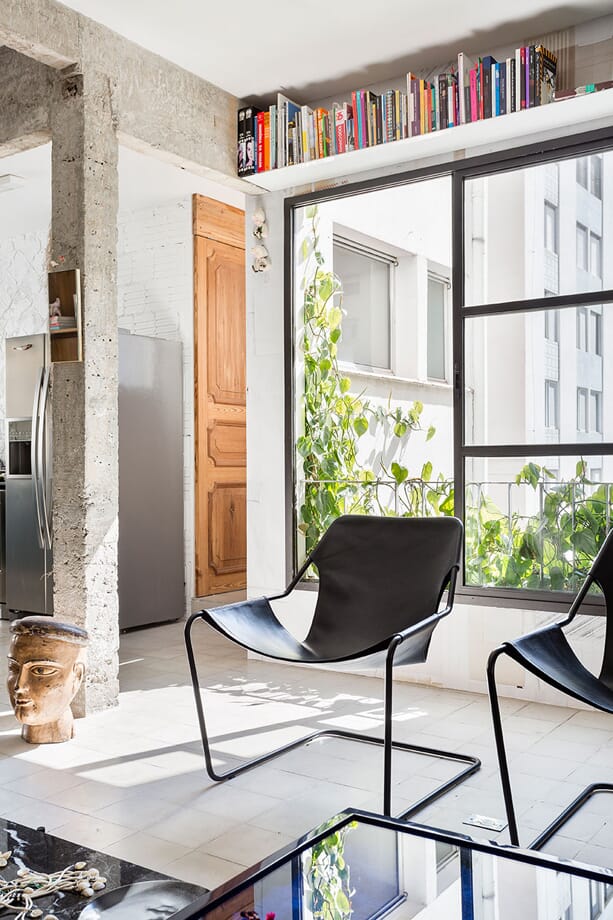 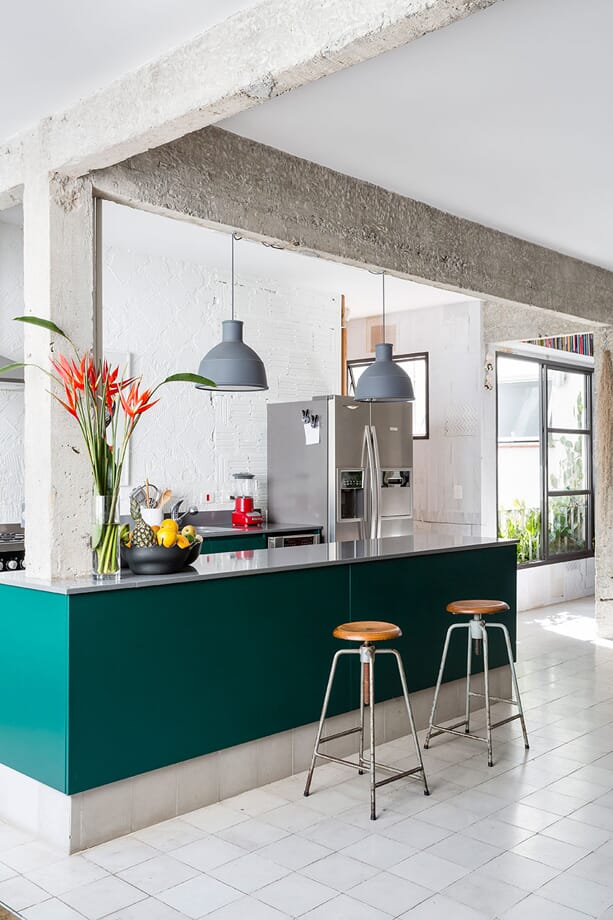 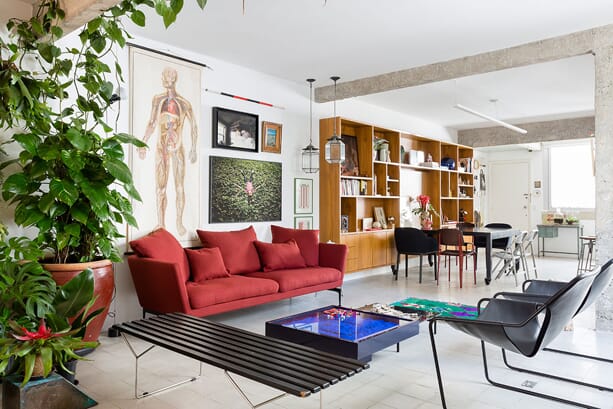