As with every Apple Special Event, the latest held on Wednesday 9th September, many eager fans were left mesmerised over its new tech features- and within the new Apple offerings were the all-new iPhone 6s and 6s Plus.

The latest iPhone to launch maintains the same size and weight of its predecessors, the iPhone 5 and iPhone 6, but with all new technology for a revamped user experience, as you would expect, the iPhone 6s is something altogether more special.

The introduction of 3D Touch technology gives the 6s and 6s Plus a new level of user experience. It’s latest tech advancements are in the form of 3D Touch; pressing harder onto the screen will allow for new commends and contextual menus across the entire operating system. This subsequently allows for users to peek in to apps, photos and email as well as do common commands for native apps.

Elsewhere, the rear iSight camera has also been upgraded with 12 mega pixels and 4K video recording ability alongside a new “live photos” feature that turns your still images in to moments of animation.

Other noticeable enhancements to the new iPhone 6 include faster Touch ID sensor, faster Wi-Fi and LTE speeds and an all-new A9 chip.

Pre-order your iPhone 6s and 6s Plus in silver, gold, “space grey” and all-new colour “Rose Gold” colour, starting at £459 and £539 respectively, on September 12th with availability shortly after on September 25th 2015. And, of course, with new hardware comes software, as the iOS 9 update will be available to download on September 16th. 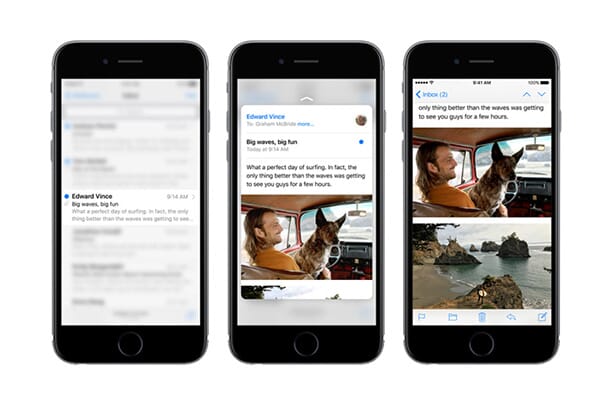 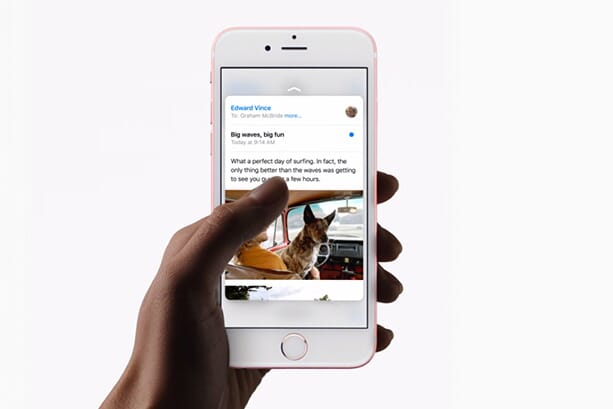