Astro, who’s infamous energy and originality make him one of the world’s major street artists, has completed a monumental outdoor mural for a public art initiative in the Portuguese city of Loures.  Presiding over a busy street, the front-facing façade of the residential building has been totally transformed into a mesmerising optical illusion that penetrates into a deep and dark abyss. 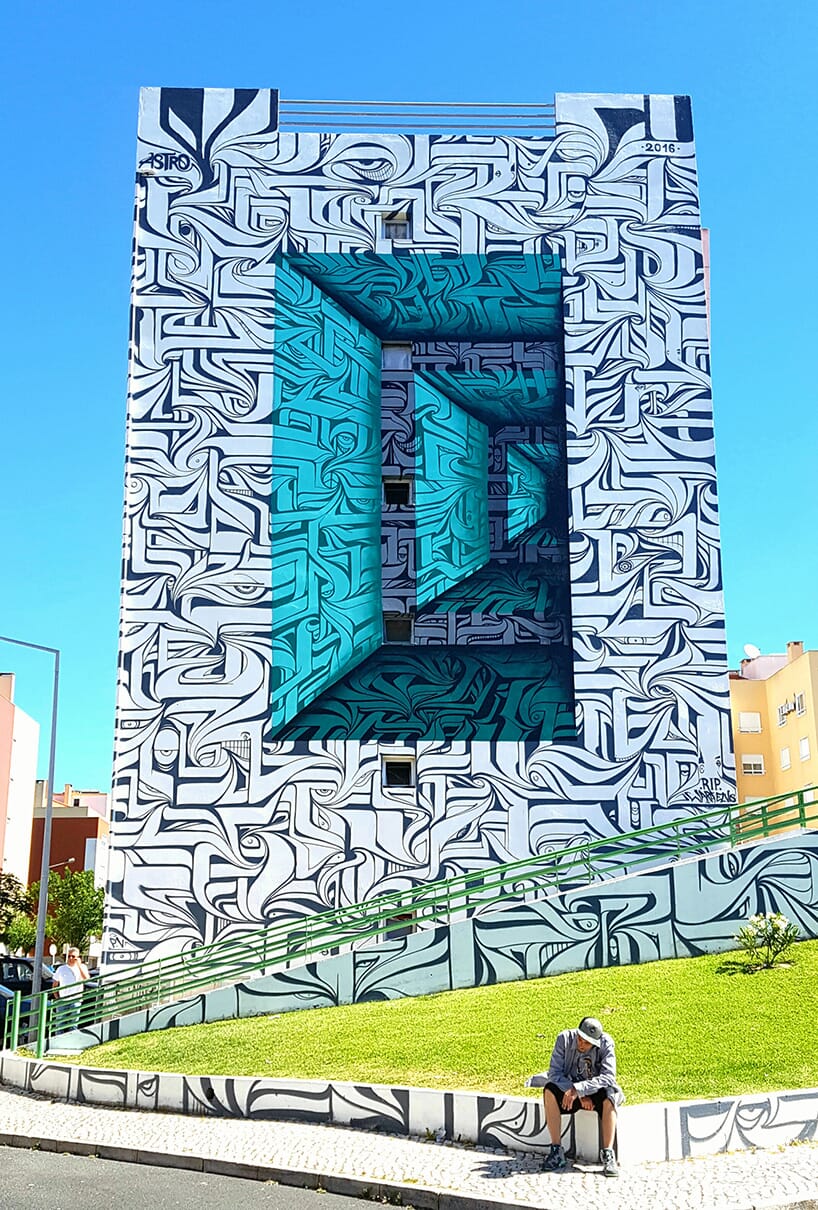 Paris-based artist Astro honed his craft with his first graffiti piece in 2000 and since then he has been a main protagonist in transforming the fortunes of street art from a ‘degraded’ art form into its very own cultural movement. Since the turn of the century, and more specifically in recent years, graffiti has been noticed as a noble art form and it so rightly should as the principles of true art is not to portray, but to evoke. 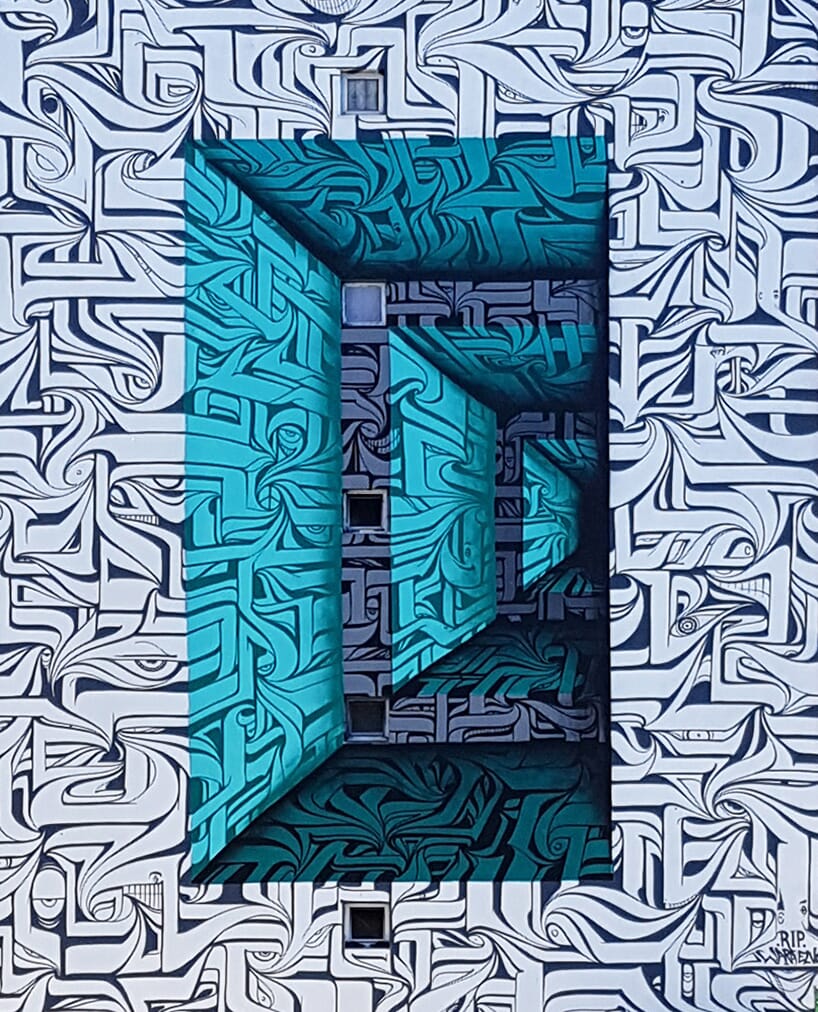 The spontaneity and impulsive imprint of graffiti is displayed through Astro’s latest mural as he mixes curves, calligraphy and dynamic shapes into a play of shadows and colour. Various layers of blue pigment are orientated to appear as if a tunnel was running through an ordinary apartment block. When viewed from the street, the piece for the Loures Arte Publica Project transports visitors into another dimension – placing them in the heart of a mysterious and perplexing realm. And that, is the very reason why public art, and particularly graffiti, should never be underestimated.

Take a closer look at the project in the image gallery and be sure to follow Astro on Instagram, @astro_odv_cbs, for daily updates