“If I were asked to name the chief benefit of the house, I should say: the house shelters day-dreaming, the house protects the dreamer, the house allows one to dream in peace.”

Making dreams reality. The Bahia Azul House by Felipe Assadi is an entirely new stance on modern architecture- in its entirety- as the home is designed on a slope.

Located in the vivacious rocky hillside of the Chilean mountains, the Bahia Azul resort is slanted to take on the natural slope of the hillside where it is sat overlooking the picturesque surroundings. With the structure developed across several semi-levels that are internally related, horizontally of course, the house is able to give the illusion that it lies dormant against the mountainous terrain.

Taking its intricate appearance in to account, the house takes on two entirely different guises. Internally, the house boasts a more conventional living space, adopting a sweeping, open-plan living quarters which are arranged around a series of openings from an external wall to enclose the house safely and stylishly.

Externally, the concrete appearance of the house takes on an abstract, synthetic exterior that is constructed effortlessly against the irrevocable horizontality of the sea. When viewed from afar, or at sea, the house appears to take on different relevance with the large framing windows looking like large ports of observation rather than in fact, simple housing windows.

The result in turn creates a charming, rustic aesthetic that turns the pioneering house in to a sort of pre-existing ruin, that is embedded beautifully within its natural habitat.

The interior decoration completes the contemporary design, with the implementation of natural wood and marble accentuated with neutral colour hues to compliment the relationship of Bahia Azul House with the outside world.

Combining rustic charm, innovative modern architecture and contemporary living; with the Bahia Azul House, you will always be able to dare to dream. 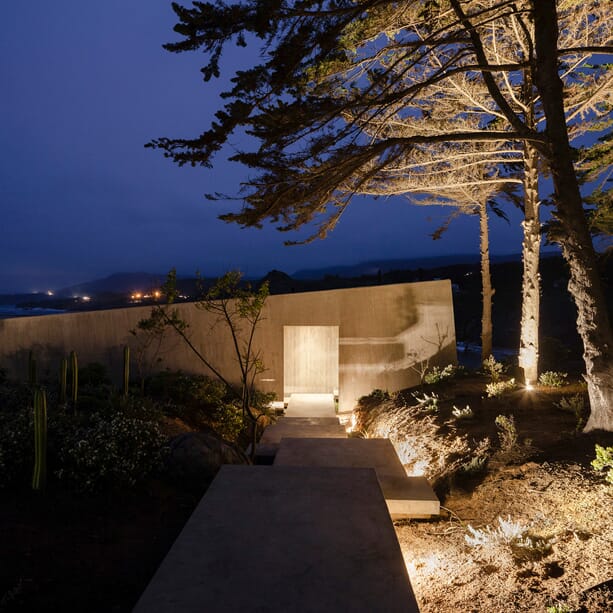 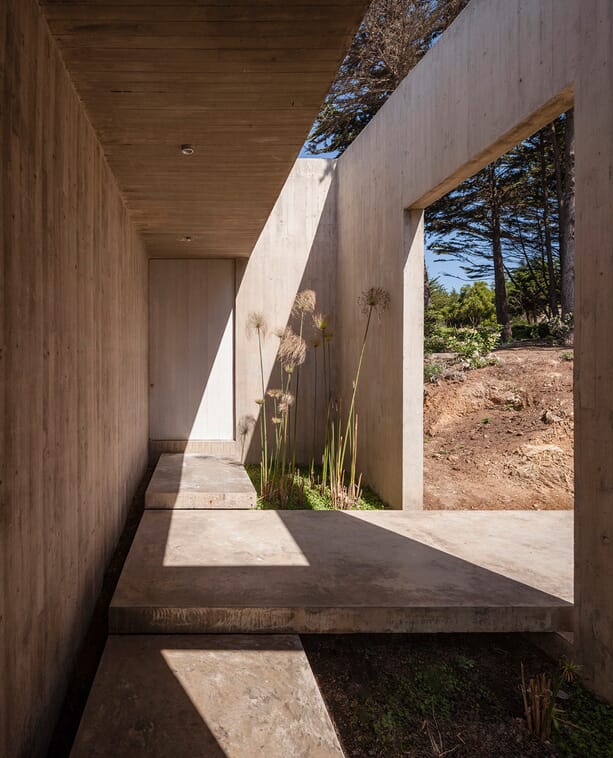 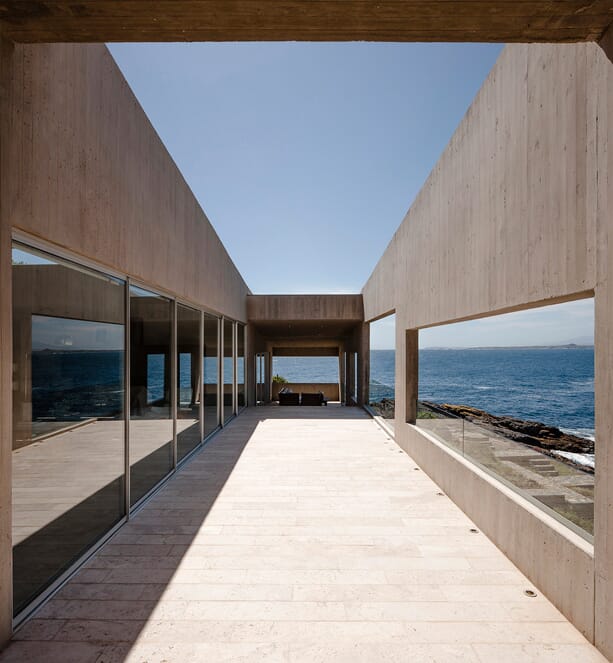 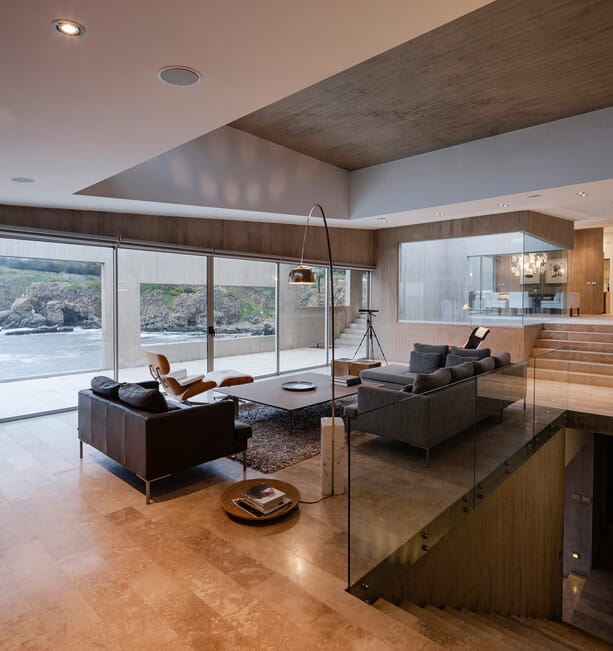 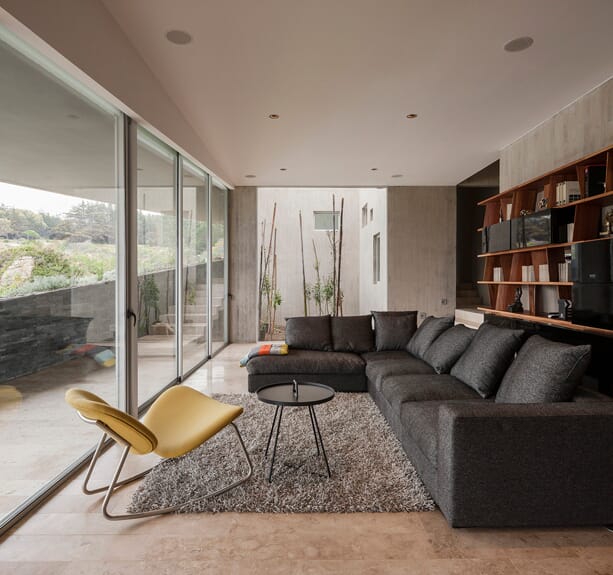