San Francisco-based studio Stephen Phillips Architects aim to challenge the visual landscape of the city with the completion of a modern, multi-functional black duplex.

Titled Black Mass, the residential apartment block is located in the Hayes Valley neighbourhood and is sandwiched in between a row of traditional Victorian and Edwardian townhouses. Instead of looking to remain inconspicuous amongst its surroundings, the architects created a powerful, indiscernible and provocatively complex structure. Through the use of dramatic visual and spatial effects the home is constantly evolving through the movement of light, shadow and shade across the varying building surfaces.

The dynamism of the build is achieved through cladding the structure with opaque black zinc panels that will gradually fade into a soft grey hue over time. While the curved, mansard-inspired roof visually mitigates the building’s height whilst also creating a dynamic interior space.

Despite its imposing appearance the modern townhouse acts as a focal point to the neighbourhood, and not a distraction. As it is embraced by the local vernacular and merged into the landscape with a ‘contemporary sensibility’ as they architects describe themselves.

In fact, the four-storey structure, that includes two separate apartments, develops local zoning codes by incorporating features such as a cornice and a bay window, while a slender black chimney defines one side of the home. However, perhaps the most impressive aspect of the entire home is the spiral staircase that stretches from the balcony to the quiet roof deck, offering up unparalleled views over the city.

Take the tour of the property in the image gallery below and discover more avant-garde architecture from SPARCHS at www.Sparchs.net. 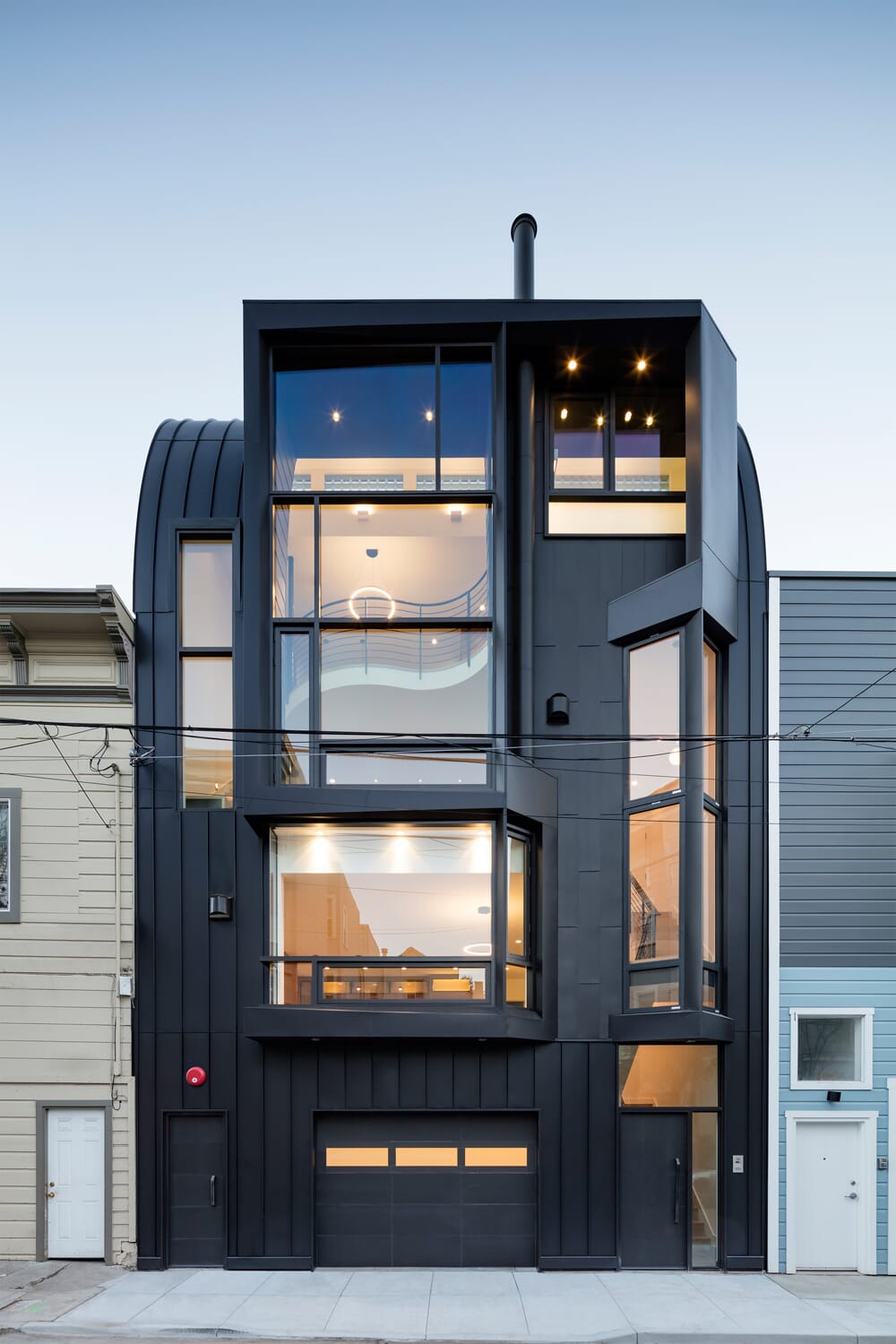 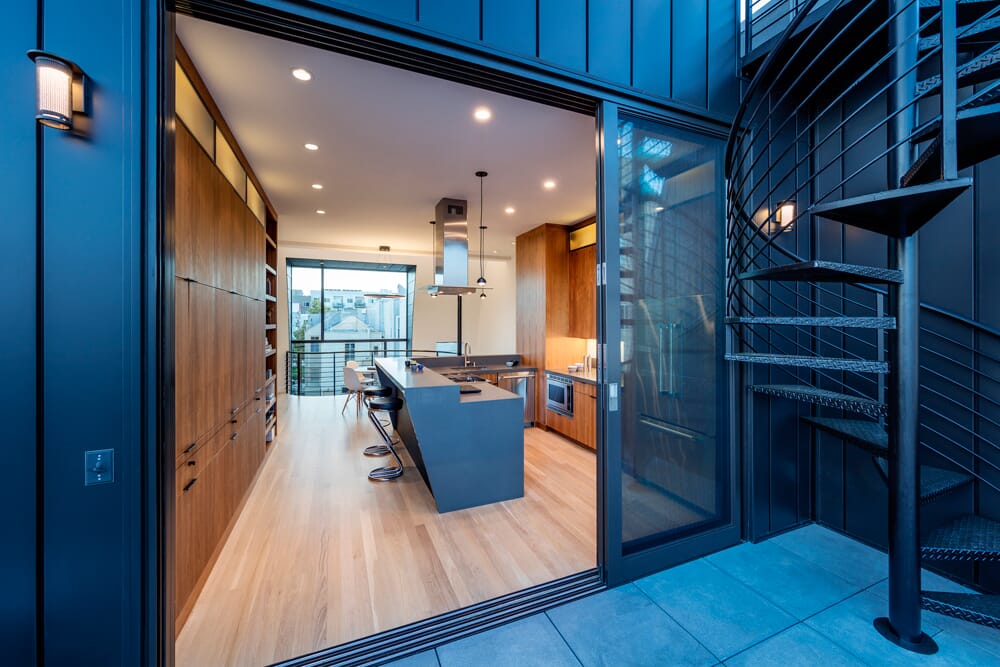 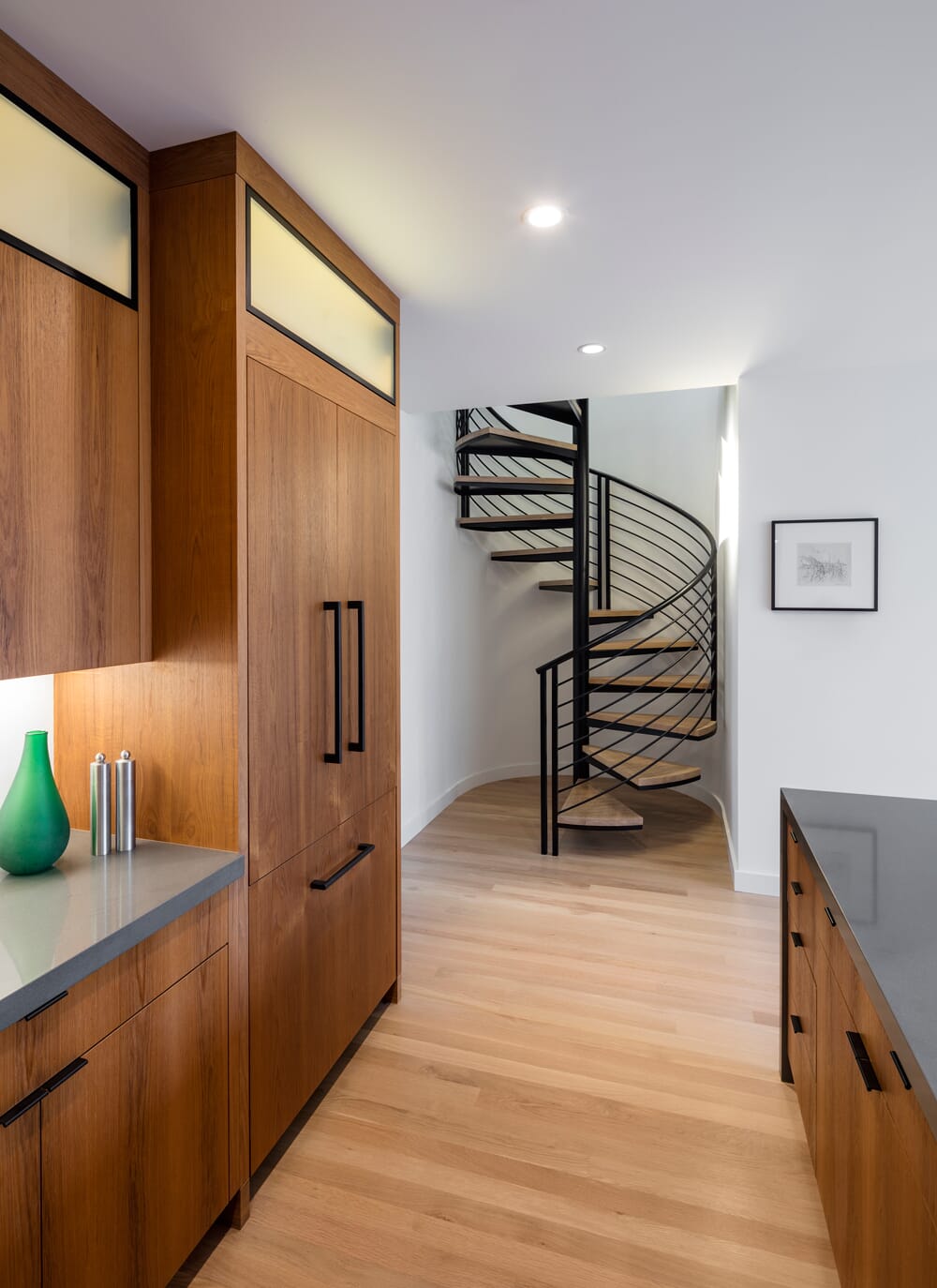 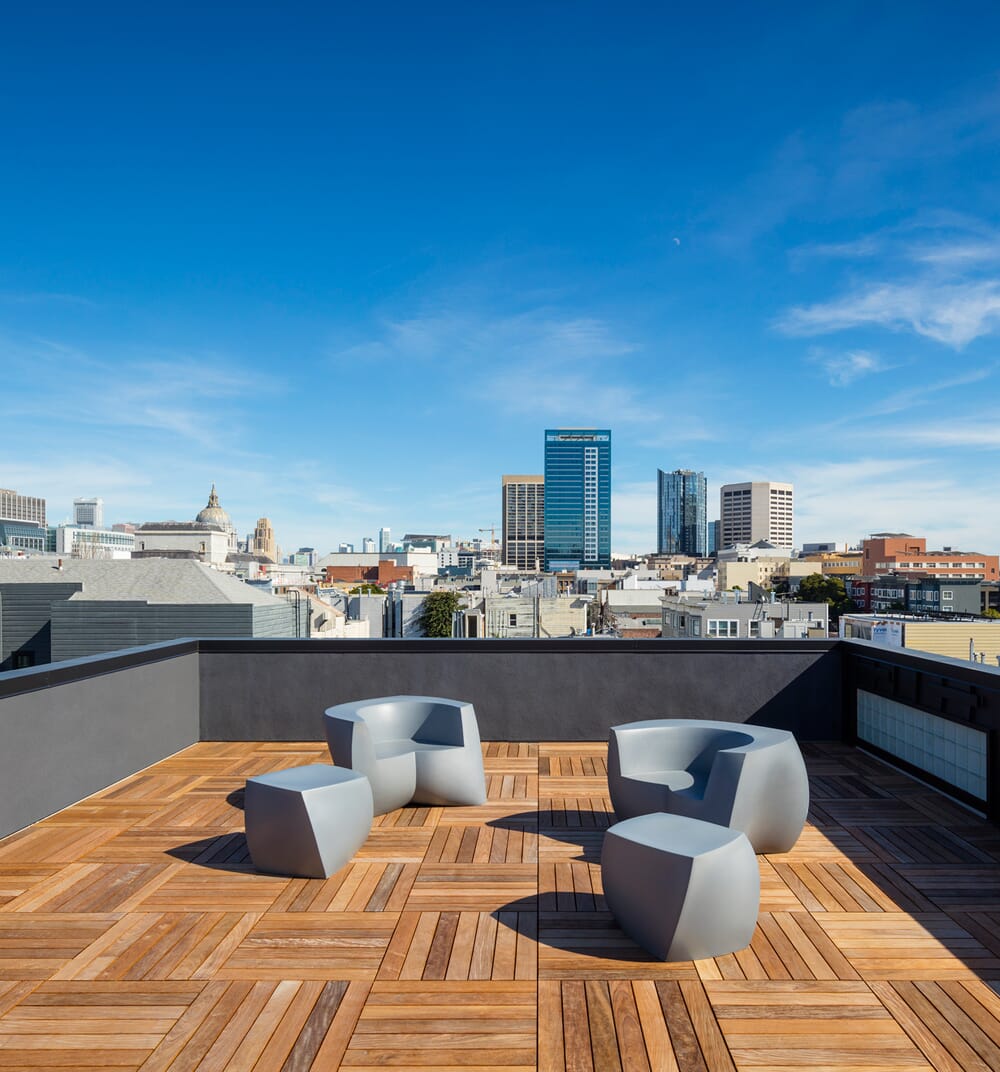