The East of Asia has earned a stellar reputation for custom built bikes, particularly Taiwan’s Rough Crafts who have become renowned world over for their distinguished style and approach to motorcycle renovations.

The ‘Fistfighter’ is an amalgamation of Rough Crafts incomparable design and BMW’s long-standing heritage. Founder, Winston Yeh confirms that the bike is a tribute to the past, mixed with modern technology.

The design inspiration for the body is rooted within multiple classic BMW machines. The aluminium tanks hark back to the Bavarian marques of the late 1970’s and early 80’s airheads. It also houses the modern day essentials specifically the fuel pump, battery and electronic box. The nose and headlight is homage to the R nineT’s namesake the R90, placed off centre to allow for a perforated airflow cover.  Continuing the nostalgic theme, Rough Crafts built a custom seat mimicking the rubber ones of BMW bikes in the 50’s, with a slight amendment of wrapping the current one in leather. Featuring a 110 bhp, 1170 cc engine the Fistfighter also possesses considerable power to appease the stealth, speed-seeking aesthetic.

Complete in the customary black on black exterior there are a few eccentric details to bring out the R nineT’s character. Most noticably the iconic double BMW stripe running throughout the body as well as carbon fibre texture added to the black front guard.

The intricate ingredients of the Bavarian Fistfighter all combine to create a potent and masterful machine; striking not only in aesthetic but in performance too. 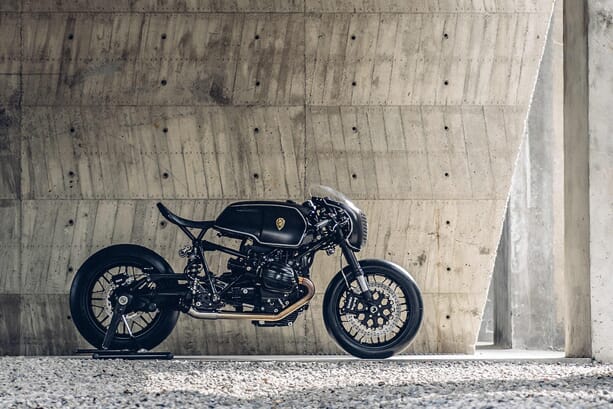 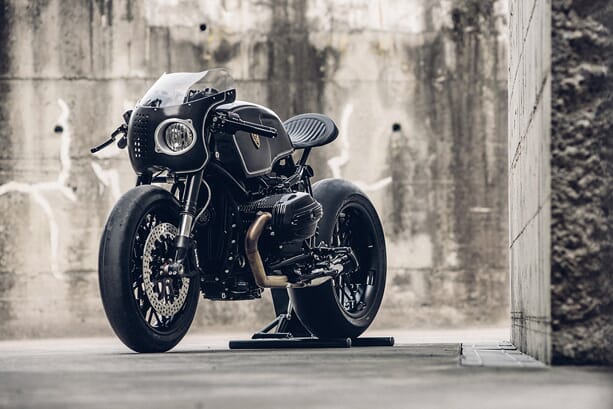 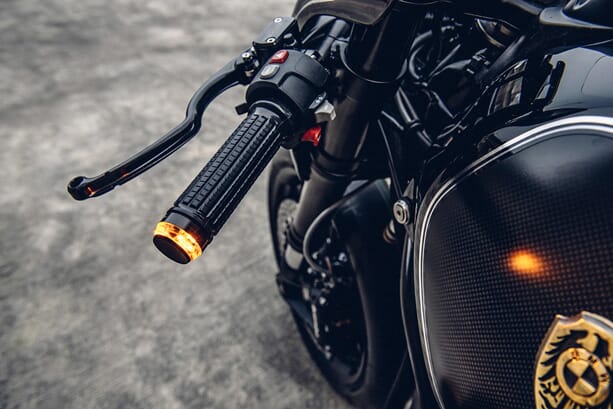 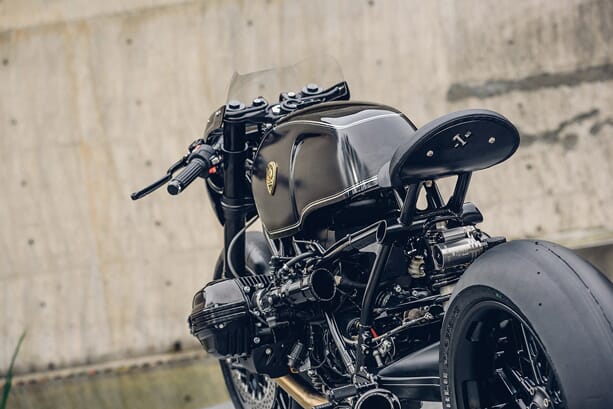 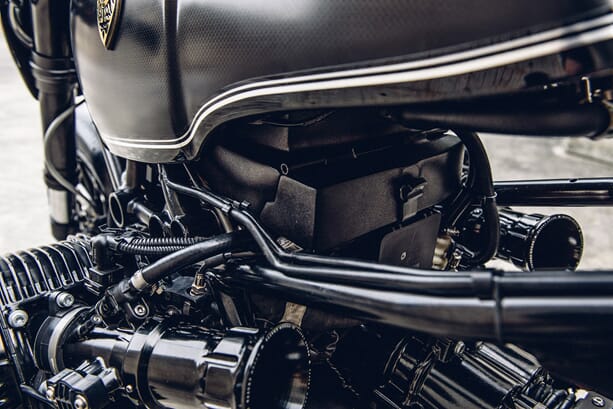 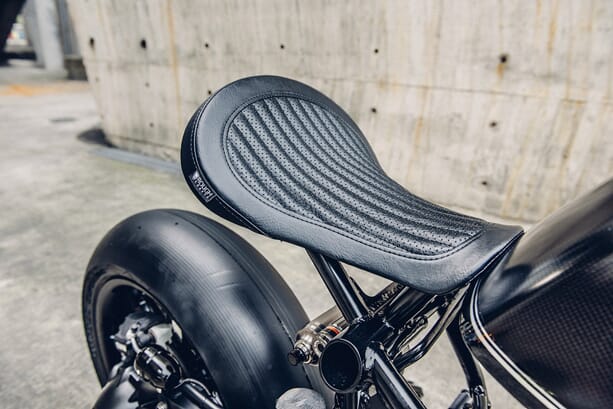