The BMW R nineT is considered to be one of the greatest modern motorcycles which is why it has become the focus of so many custom-builds in recent years. The latest adaptation from Australian garage, Gasoline Moto Co. takes the esteemed R nineT to new heights through a rugged, industrial-inspired design.

BMW developed the R nineT as a base for customisation – think of it as the German equivalent to the Triumph Bonneville - which goes someway in explaining why the current trend of updating heritage motorcycles is often centred around the R nineT. For one, it rides better than any modern motorcycle, it harnesses 110 bhp and manages to hit heights of 135 mph.

The concept behind this customised BMW began with balancing the bike’s illustrious past with a thirst for the future. The Gasoline Moto build began with stripping the bike back to basics before deciding that a new seat pan, seat, front fairing and rear cowl was needed – with MotoRetro called upon to assist in designing the new bodywork. The result, sees aircraft grade 6061 aluminium alloy form the sleek, aggressive  curves of the bike while the delicate details include the LED halo headlight and Battlestar Galactica-inspired tail light blinker on the reverse.

Elsewhere, a new pair of headers were shaped to follow the flowing lines of the bike, before exiting through a custom 2-into 1 under box silencer. The meticulous design is then complete with tonal breast plates and side covers and a new seat pan upholstered entirely by hand.

Take a closer look at one of the nicest R nineT customs we’ve seen in the image gallery below and for further information, be sure to check out the Gasoline Moto Co. Website.

Fan of BMW? Be sure to check out the BMW Mark II Series by Diamond Atelier. 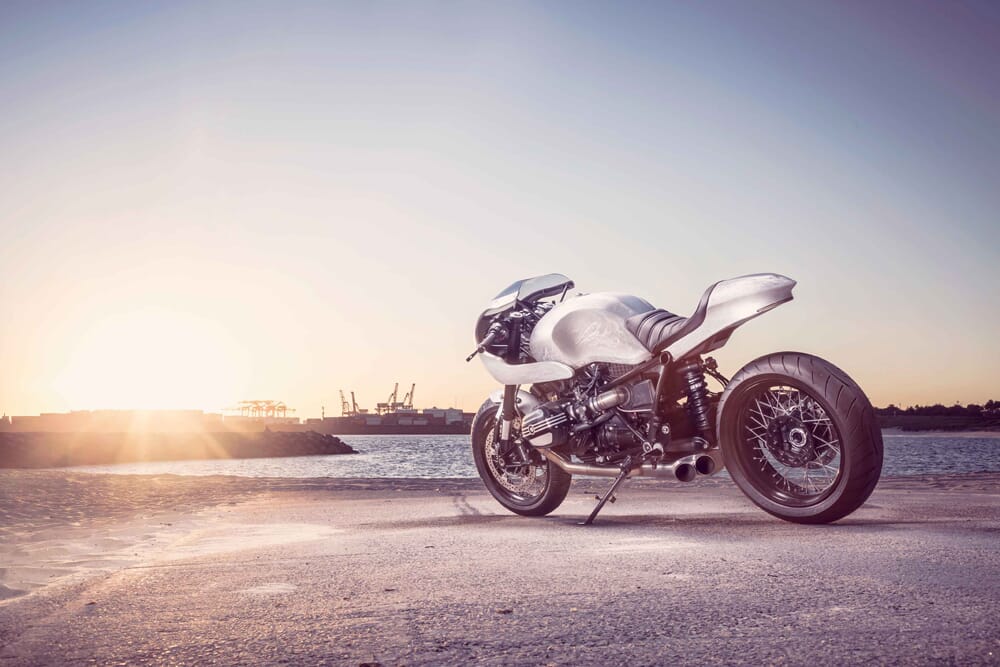 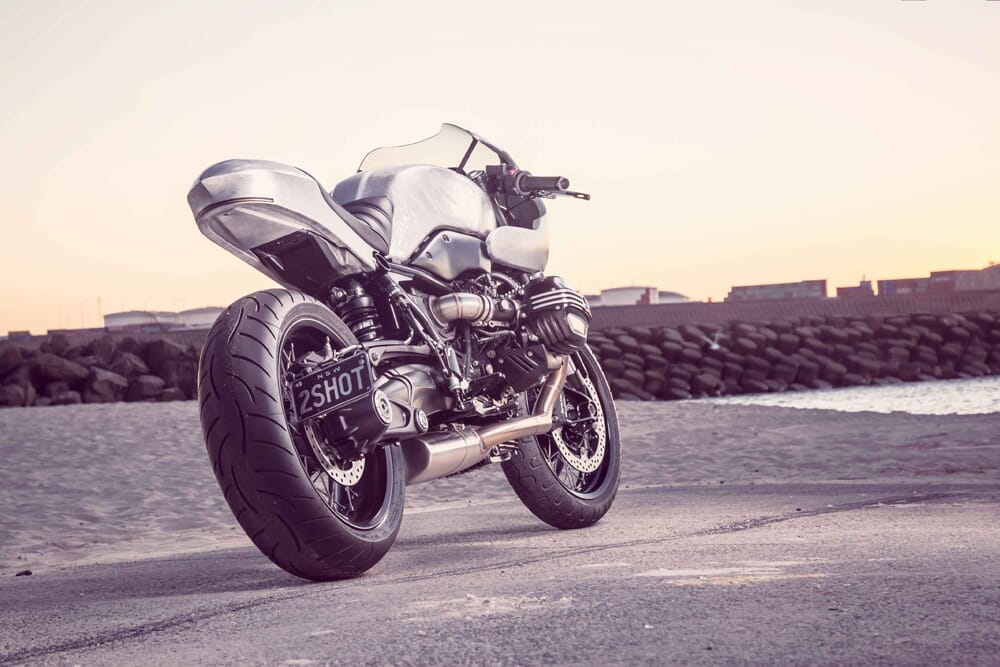 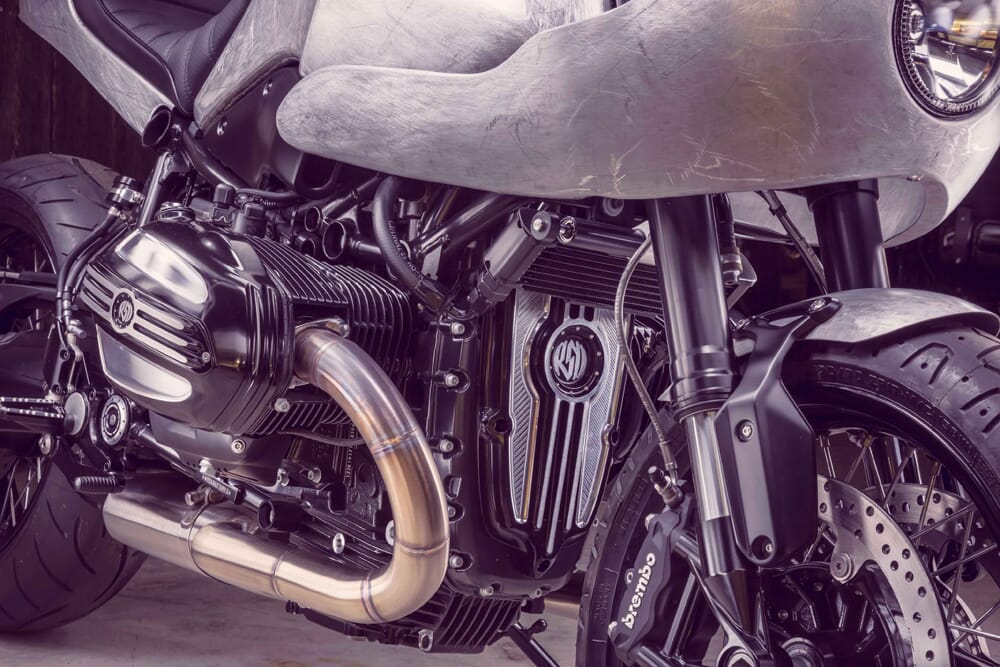 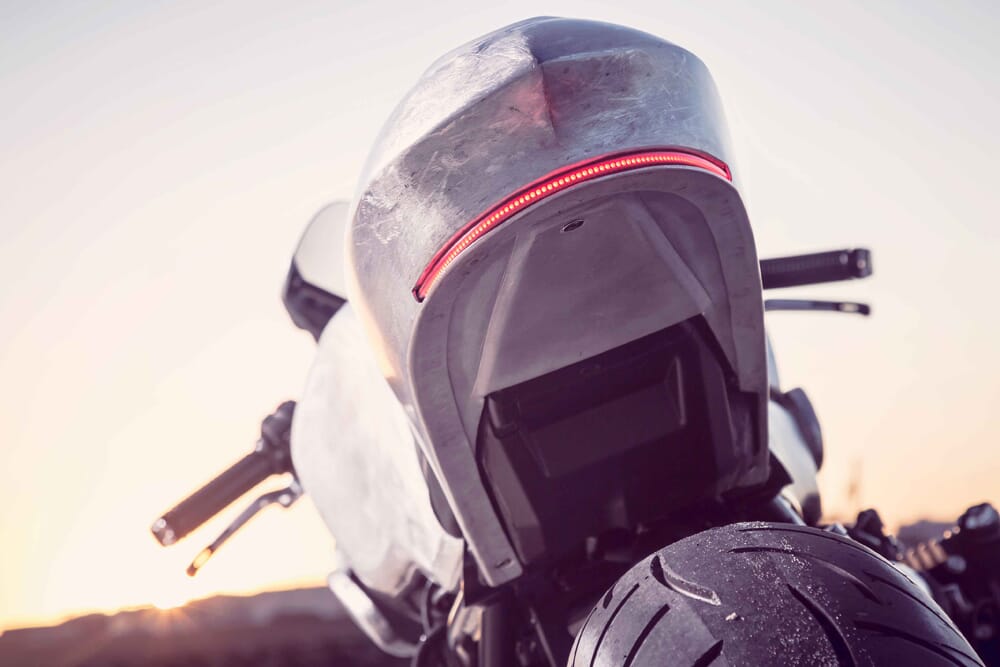 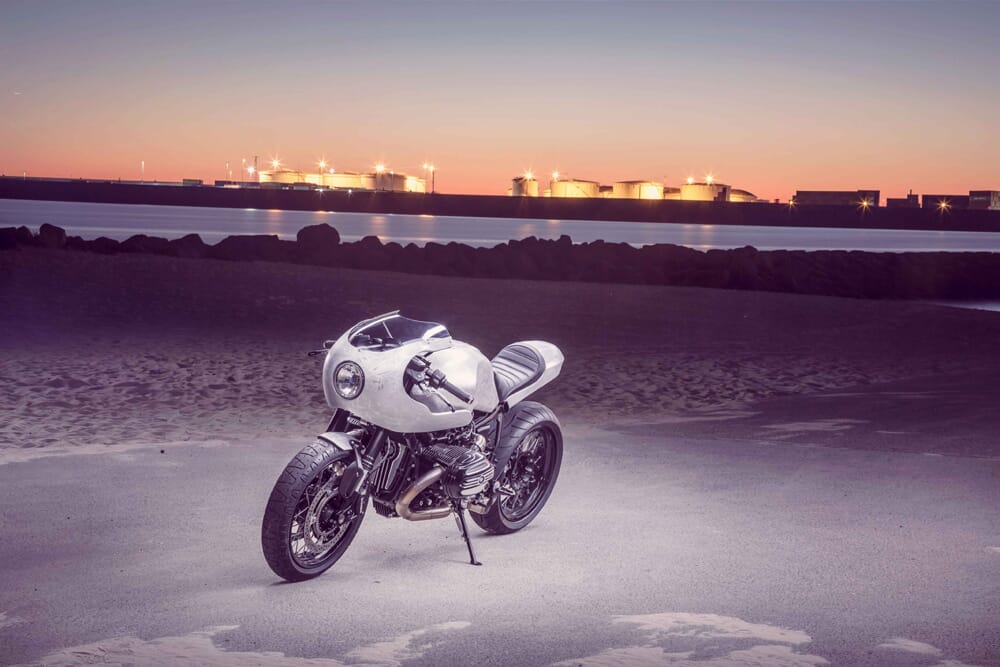 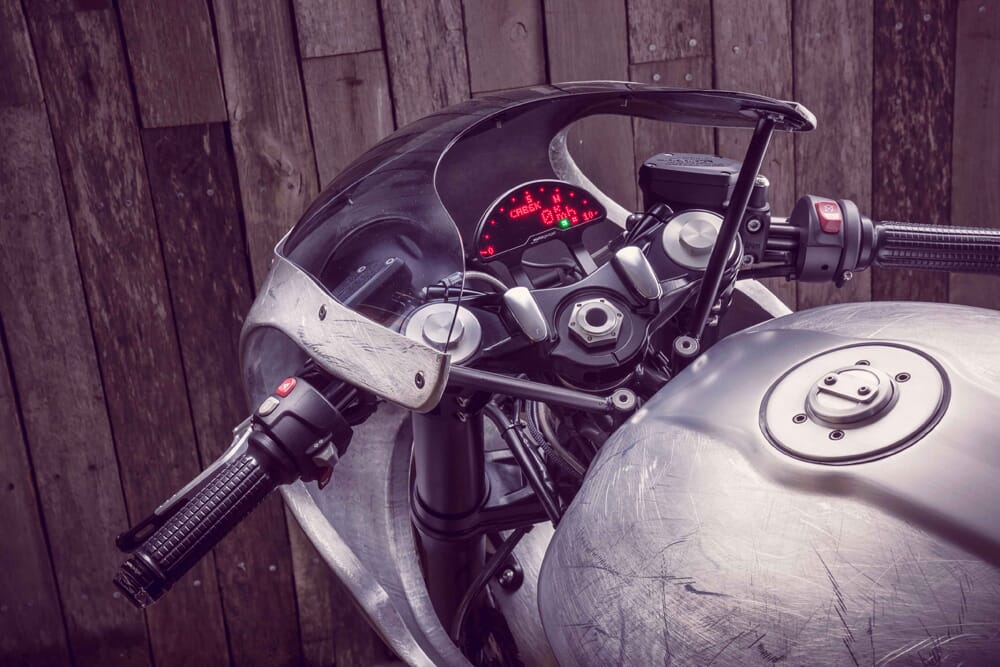 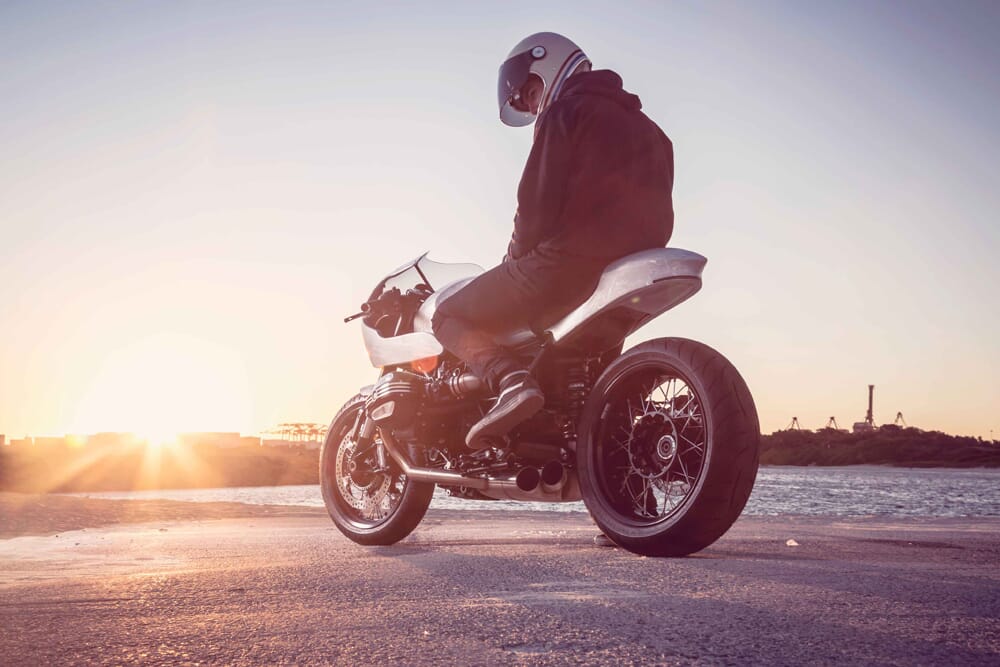