Cafe Racer Dreams of Madrid have taken on one of BMW's most famous machines, the R100 Boxer, and created a one-off piece of minimal motorcycling art.

The venerable boxer engine, with its horizontally opposed cylinders, is now superbly exposed, to celebrate the vast piece of efficient German machinery that it is. Those with a keen eye will note the addition of high performance K&N air filters.The BMW's fuel tank is also proudly displayed, and finished in the marque's celebrated racing colours of white with blue and red striped detailing. Everything else, from mudguards to seating arrangements, is best described as barely there.

What these Spanish bike enthusiasts have done, however, is far more than just remove what the production line in Bavaria installed. Designers Efraon Triana and Pedro García of Cafe Racer Dreams have taken as their inspiration a 1972 Puch Minicross, a superlight trail bike from the long-established Austrian motorcycle brand.

That meant binning everything deemed to be extraneous, and replacing all discarded parts with bespoke pieces. The rider's accommodation is old-school, closer to a bicycle saddle than what we think of as a motorcycle seat today. Naturally it was commissioned for this build.

At the front, forks, hubs and brake disc are from a much later BMW machine and the knobbly tyres are on 19" rims at the front and 18" at the rear. The result is a no-nonsense machine that positively aches for a Sunday morning breakfast run. 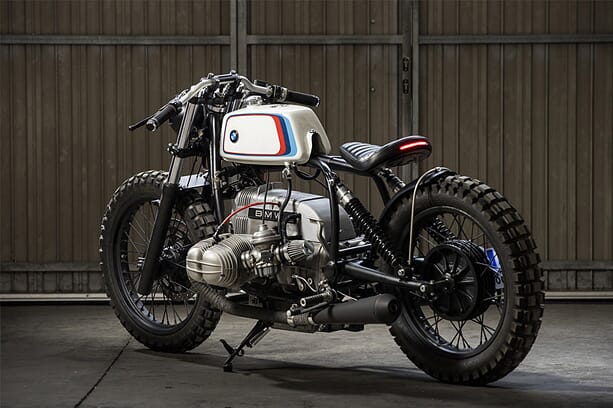 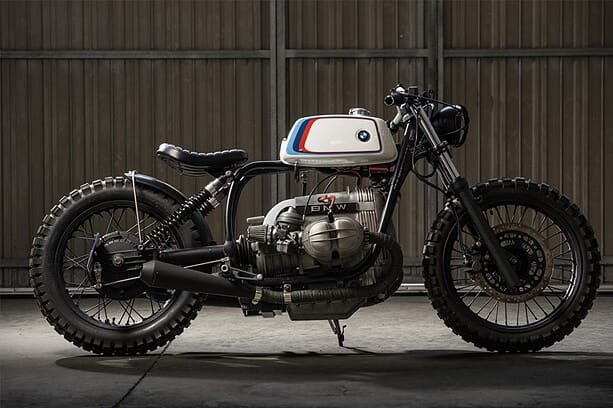 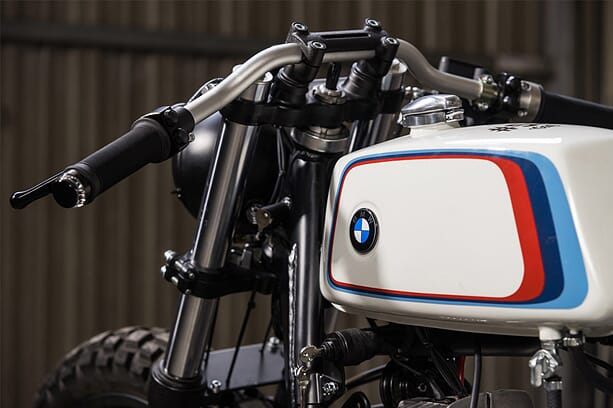