Auto Fabrica stand at the forefront of custom-creations. Their latest project turns the BMW R80, renowned for its largely underwhelming impact on the motorbike world, in to one of the most awe-inspiring motorbikes in existence.

“Like many of these monoshock BMW R80s, it was fully faired-up—and a bit of a late 80s mess,” says Bujar Muharremi, shop-boss of Auto Fabrica.

“But underneath it is a relatively elegant tank and a boxer engine. We actually liked the airhead engine, there are certain things that look odd, but it’s character building.”

The BMW R80 failed to hit maximum revs when it came to making an impact on the global scale of motoring, with its oversized fairing and protruding mirrors only appeasing a select few riders.

Counter-acting that, Auto Fabrica, previously featured on the OPUMO Magazine, completely striped down the bike, focussing on reducing weight to make it more stream-line and more importantly, faster.

The bike’s tank was fully modified, retaining the iconic BMW shape, but taking on a cleaner, sleeker finish complete in a rich deep blue exterior. The visual aesthetic of the bike was re-balanced in to two distinct parts. The top, which includes the tank and the seat, and the bottom, which includes the wheels and the engine for a more symmetrical, appealing exterior.

Elsewhere, instead of a traditional rear frame loop, red acrylic fins were installed to distribute the brake lighting with minute indicators inserted into the end of the frame tubes for better balance. Whilst the airbox was entirely modified to match the rear lighting, enhancing the overall aesthetic to form a more refined, evocative appearance.

A simply stunning reconfiguration, as we come to expect from Auto Fabrica, take a closer look at the BMW R80 in its full glory below. 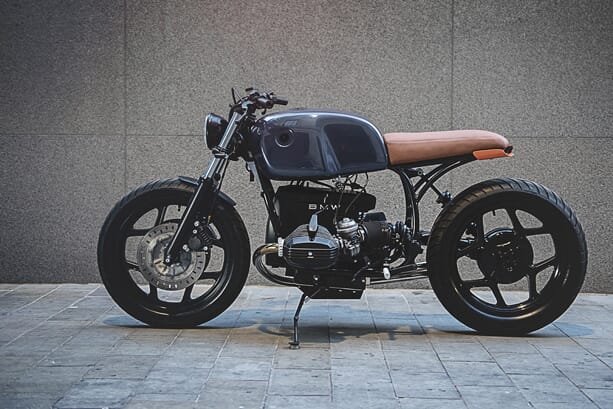 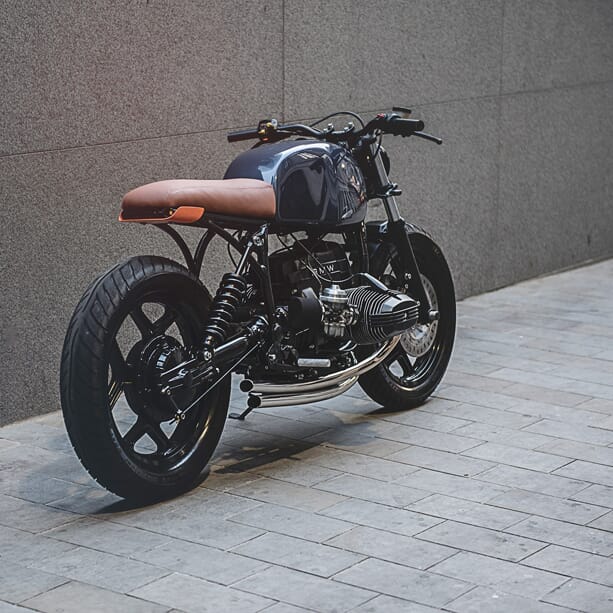 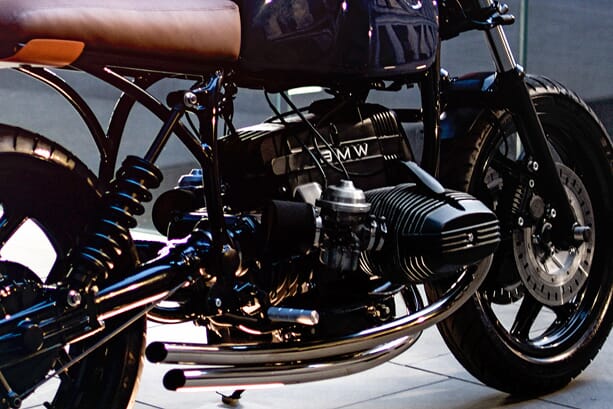 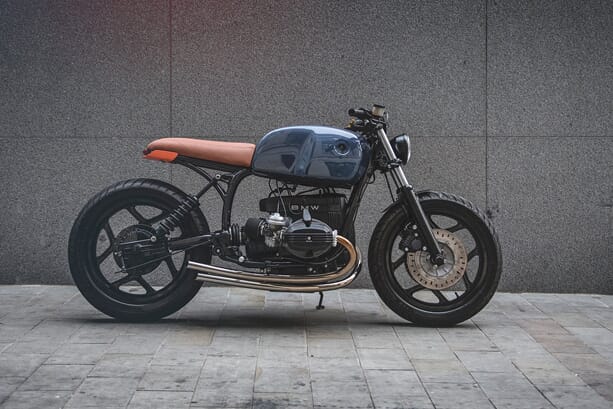