Bring on the crazy horses

The Ford Mustang has a very special place in automotive history. Every collector wants one for their garage and every true enthusiast yearns for a US road trip in this most American of muscle cars. Now, if you have the right money, there's the chance to buy an immaculate 1968 V8 with a modified engine and less than 20,000 miles on the clock.

For sale through 1968 Ford Mustang Fastback whose photographs you see here, 1968's mildly revised take on the 1965 original is the version celebrated for its starring role in one of the most famous movie car chases of all time in 'Bullitt', with Steve McQueen at the wheel.

The car at Fast Classics is canary yellow with black Shelby racing stripes: you're unlikely to be missed on the high street. The interior is classic black vinyl with the Mustang's signature circular dials directly in front of the driver.

On the right road on the right day this is automotive heaven. Just don't expect too much around corners.

Safety features? Suffice to say that if you're after an airbag this isn't your car. Ford make a 21st century Mustang in right hand drive with just as much snarl as the original and rather more protection for the driver. For purity of form and function though, these first Mustangs stand supreme. If you have the cash, it's £33,000 well invested. 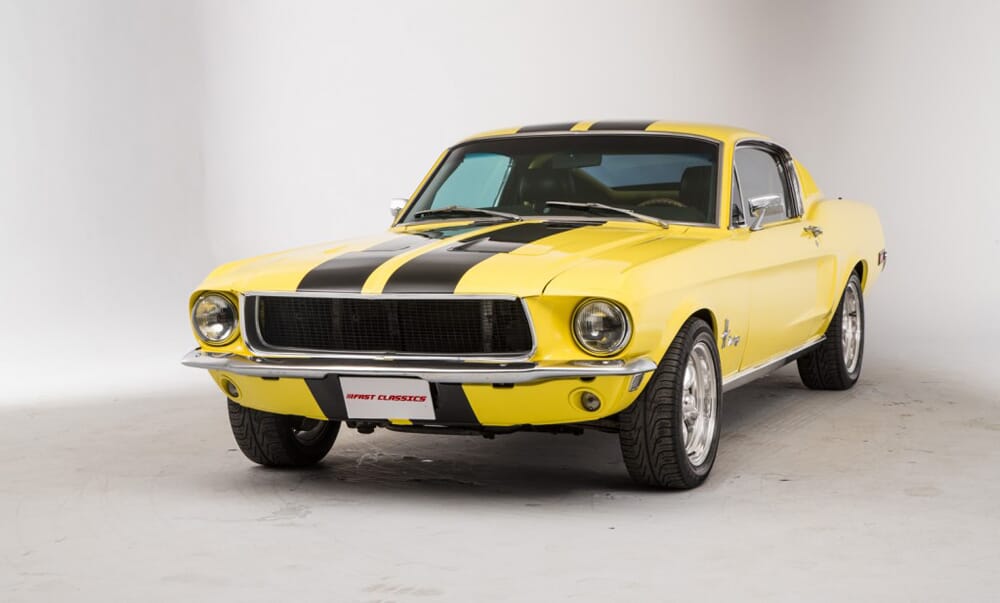 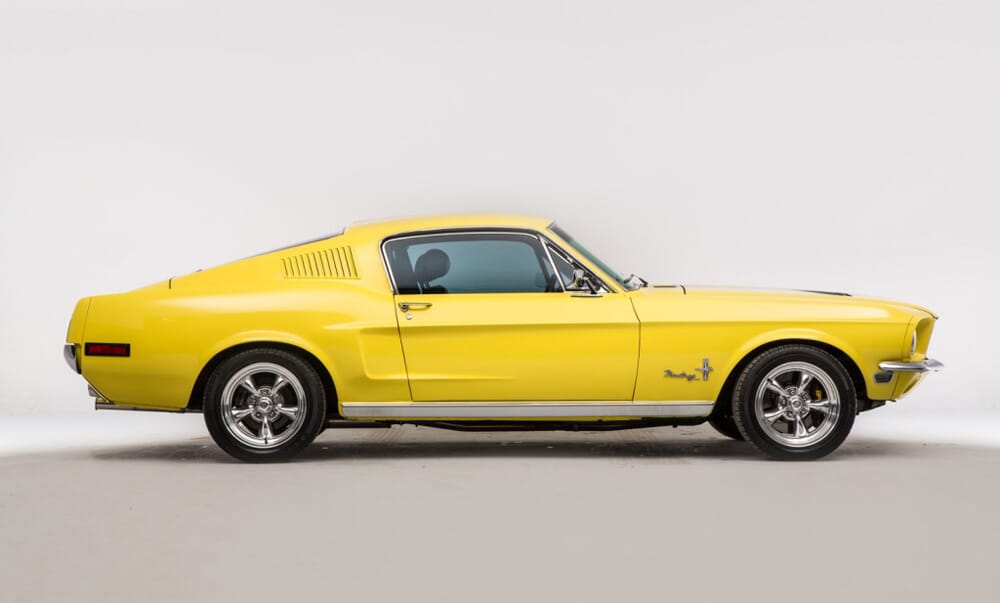 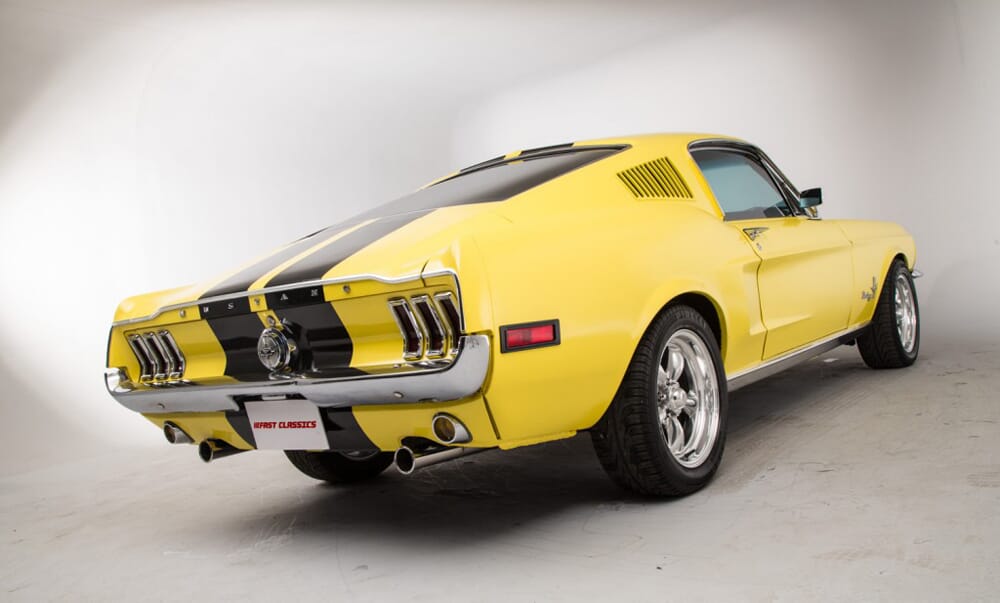 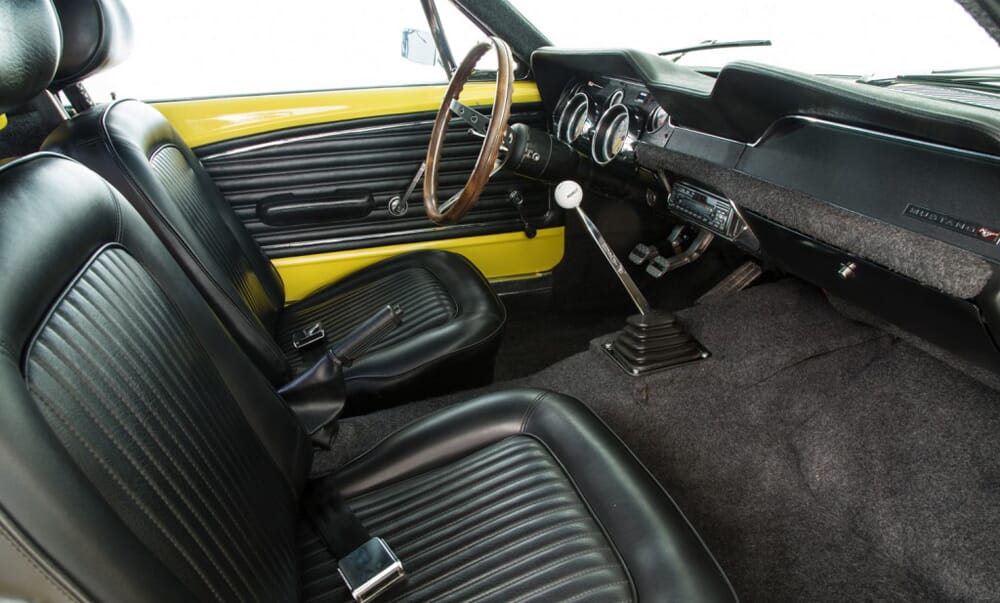 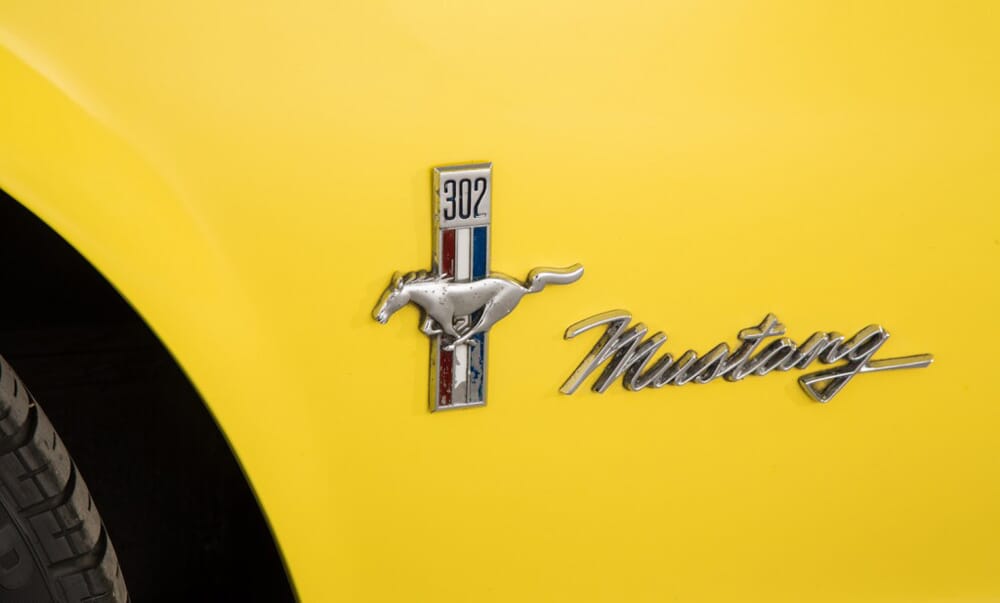 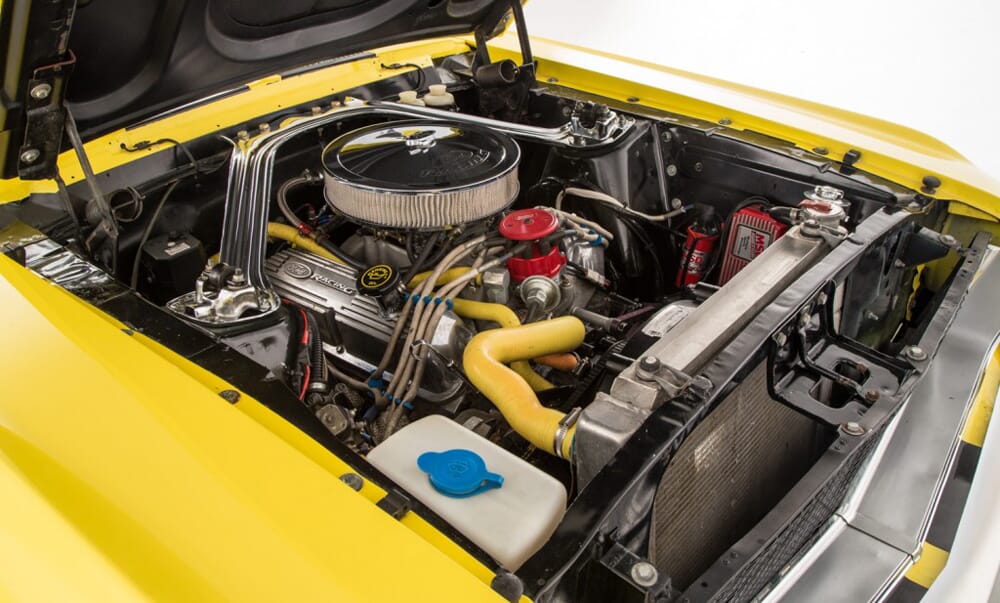