“Simplicity is natures first step, and the last of art.”

Naturally sheltered from the elements courtesy of an assortment of boulders and vegetation, Cabin Lyngholmen is in fact the third coastal escape by Lund Hagem that has featured on the OPUMO Magazine. All three reside across a set of Islands off the Norwegian southern coast and are primarily constructed of concrete, yet they all exist entirely naturally and in completely different facades. For instance, the first is a diminutive cabin wedged in between weather-worn boulders whilst the second sits on top of slender stilts.

As one would expect, Cabin Lyngholmen is different entirely. The design is defined by the natural shelter and the thick white concrete roof which supplies the house with a distinct visible identity. The 2.7-centimetre-thick concrete reaches up from the rocks and up over the residence and is discretely supported by a series of steel columns. The striking white concrete façade merges the roof and the existing rocks into one, while it also acts as the perfect frame to open up views to the ocean and to provide the cabin with its distinctive appearance.

White concrete is a recurring motif throughout the build, and it is accompanied by more flexible tones in the form of glass and ash wood. The trio of materials are used across the entire structure to create a harmonious aesthetic that does not look out of place from its surroundings.

Inside, the rooms are split across two wings and a host of levels, as a result of the natural ground differences. Subsequently, the interior is brimming with character, as each room possesses its own unique structure. However, the most endearing aspect of all is perhaps the fact that the cabin is only accessible by boat and so the main entrance of the property is positioned to face on to the main jetty. Which exquisitely links the house to the private beach and to the surrounding rocky landscape - making Cabin Lyngholmen the ultimate seaside retreat. 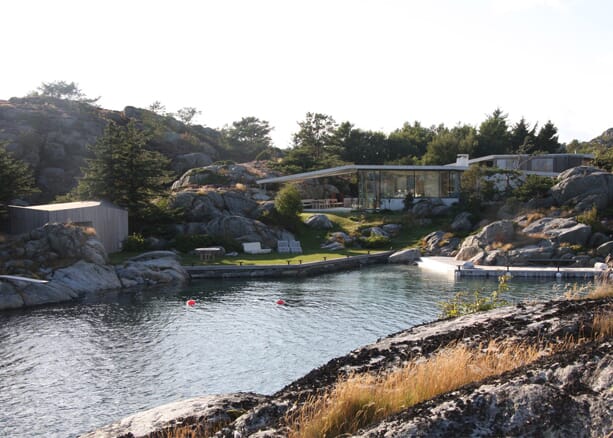 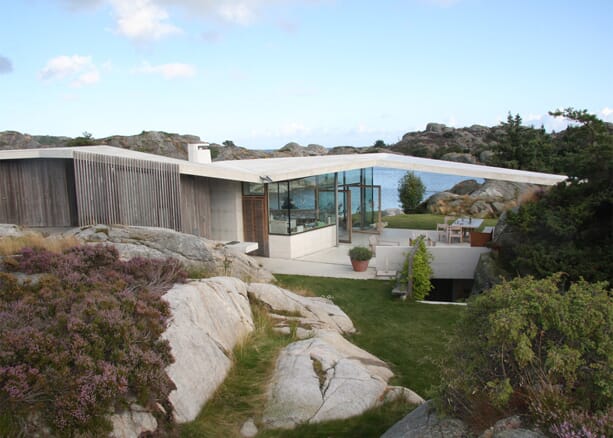 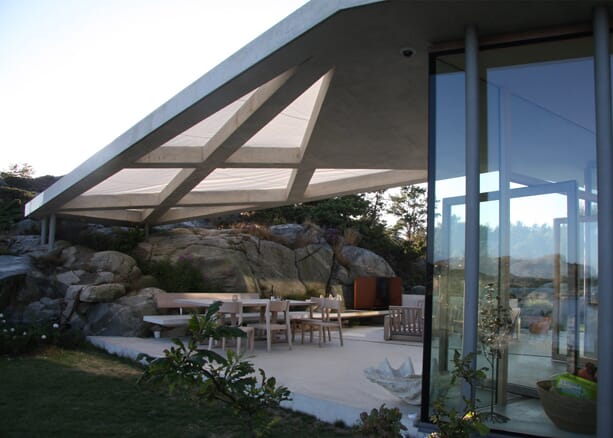 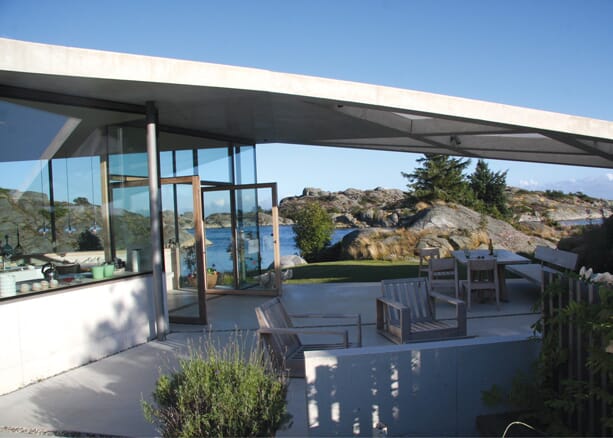 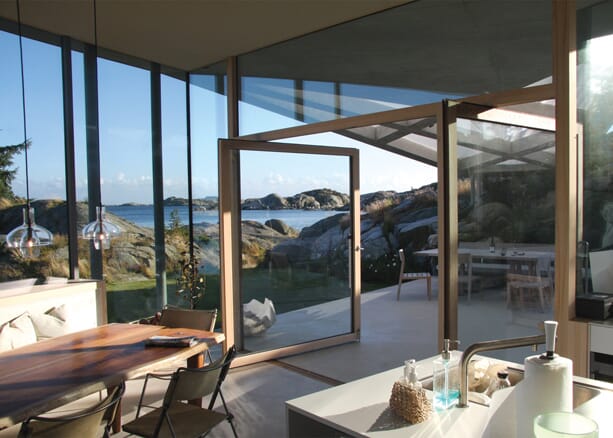 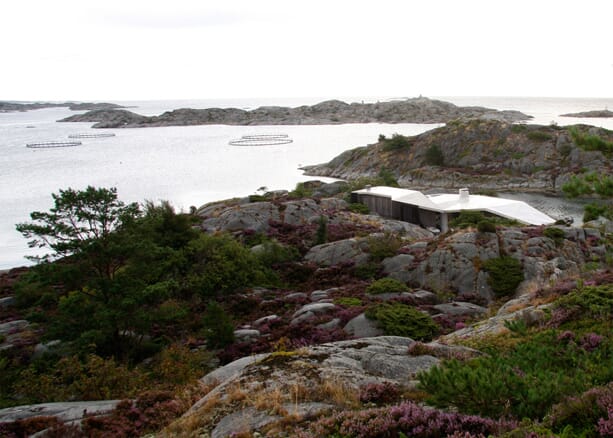