“Moderation is a fatal thing. Nothing succeeds like excess.”

There have always been charges of excess in the exclusive world of yachts, but the Calibre Yacht by Mub Design pushes the extremities of excess further than we have ever seen before.

Looking beyond the rugged black and grey exterior, that make it appear to be a military inspired vessel or more accurately a villainous Bond yacht, the Calibre conceals a hidden life of luxury that supersedes its harsh façade.

The concept-yacht stands at an imposing 102 metres and takes on the tapered shape of a bullet, for a stealth, stream-line aesthetic. With the hull designed from a new and improved adaptation of the Austal Hull 270 trimaran, which stands to be one of the fastest high-speed ferries in the world.

Mahjoub El Mahmoudi, of MUB Design, explains the notion behind the idea of the enigmatic Calibre concept:

“Every summer we used to go to spend our family holidays in Morocco, my country of origin. We started in Paris, and then drove through France and part of Spain to the port of Algeciras, where there were many types of boats. I remember that I was instantly fascinated by the fast ferries, particularly by their lines and their speed. I could never hide how excited I was when I went on board – it was a real adventure for me, every time.”

Mahmoudi’s fascination with exceedingly fast ferries has translated in to the Calibre concept- as it is designed to reach up to 39 knots courtesy of the power provided by the MTU 20V 800 engines. But, as one would expect, the Calibre provides consummate levels of comfort, remaining extremely comfortable and stable in high-speed expeditions and courageous enough to withstand choppy conditions.

But of course, the performance of the Calibre Yacht is just an added aperitif to the life of luxury it offers to all on-board. Boasting spectacular sun decks and spacious cabins, the yacht can fit up to 14 guests alongside a trusty crew of 17. Complete with extravagant extras including the customary helipad, gym, spa, sports facilities, Jacuzzi, multiple swimming pools and even a nightclub.

Containing enough added extras to make a life at sea wholly appealing; the Calibre Yacht is one of the most magnificent concept designs to have ever been created. Take a tour of the entire vessel below. 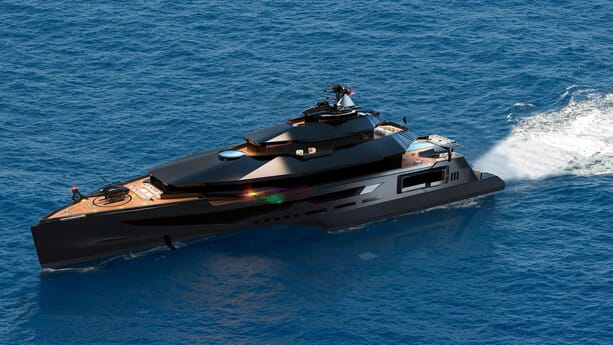 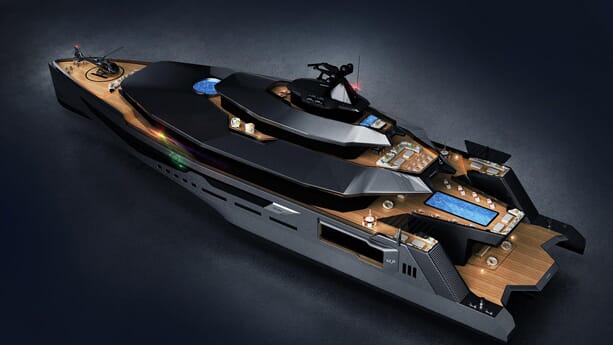 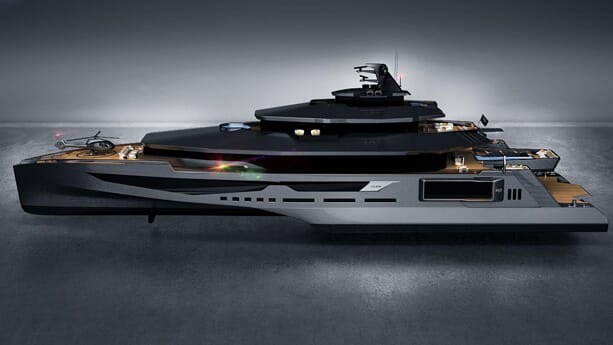 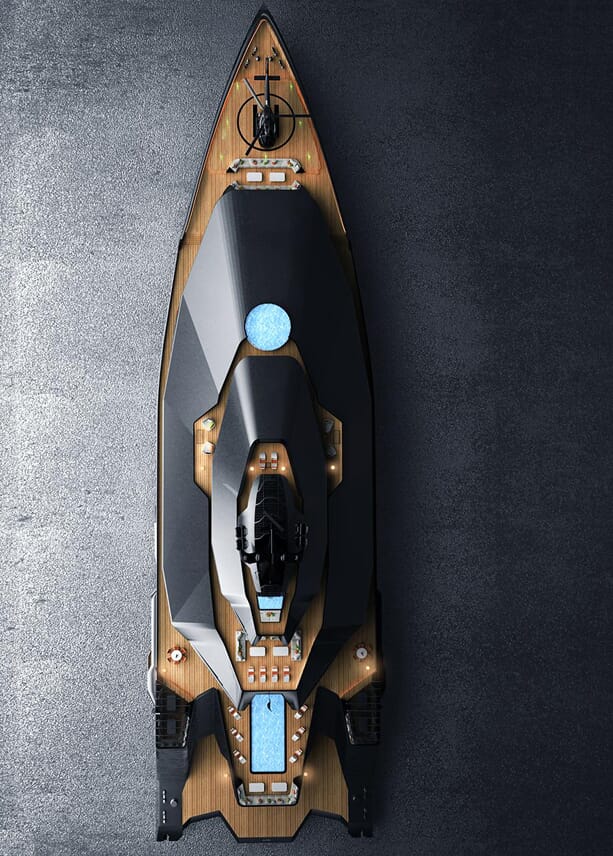