Working to a rigid, cubic structure the Tel Aviv-based design studio Pitsou Kedem have created the Concrete Cut House; a structure that defies its space constraints to stand as a stunning feat of architecture and interior design.

Concrete façade, open-plan living arrangement and an adjacent outdoor-swimming pool, you would be forgiven to think you have seen it all before. But the inventive eye of Pitsou Kedem, with their Art Penthouse previously featured on the magazine, takes the relationship of space and minimalism to whole new territories.

From the street, the three story development presents a modern façade, with the half-sized concrete walls defining the walls of the property to create a clean and contemporary exterior.

The exposed concrete walls act as a motif throughout the interior also, complimented with touches of yellow to add colour to what remains a largely neutral palette. Maximising the expansive open-plan of the build, large windows frame the entire bottom floor to allow natural light to fill the living areas. While the introduction of a variety of pendant lights act as a vocal point to the minimalist interior.

Take a closer look at the entire house by taking the visual tour below, look out for the all-black bathroom which stands to be a dramatic contrast to the rest of the house. 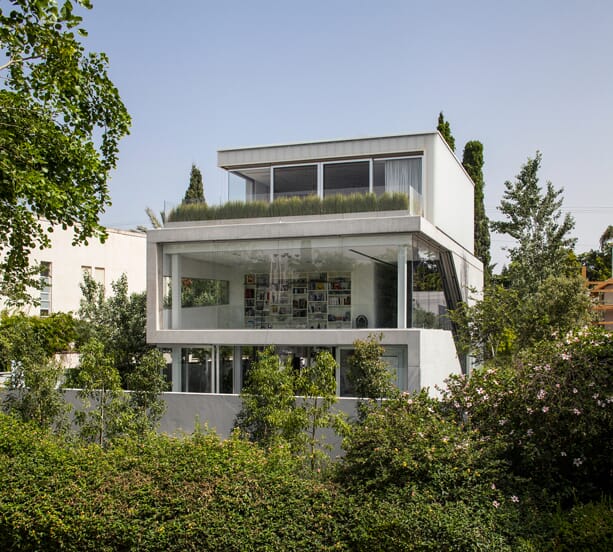 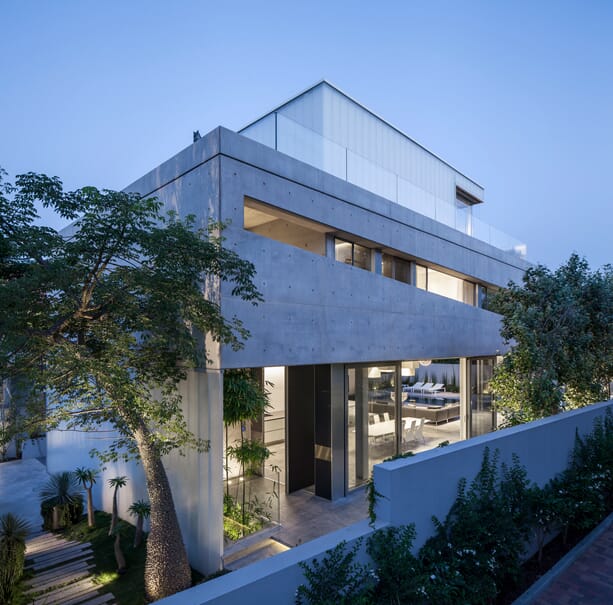 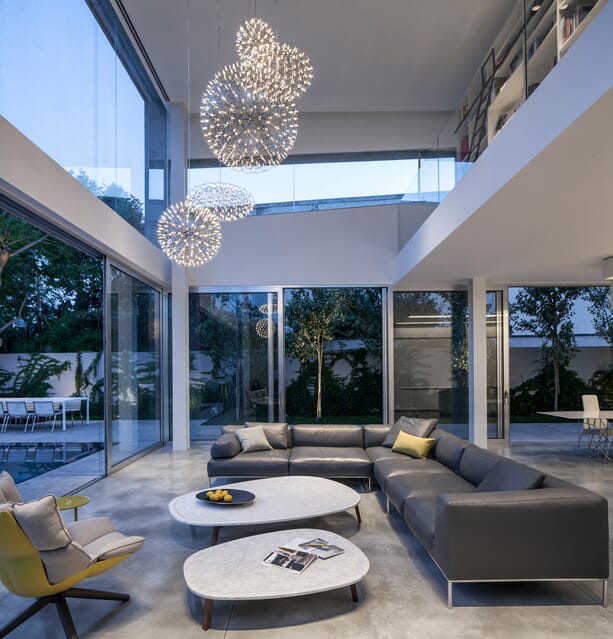 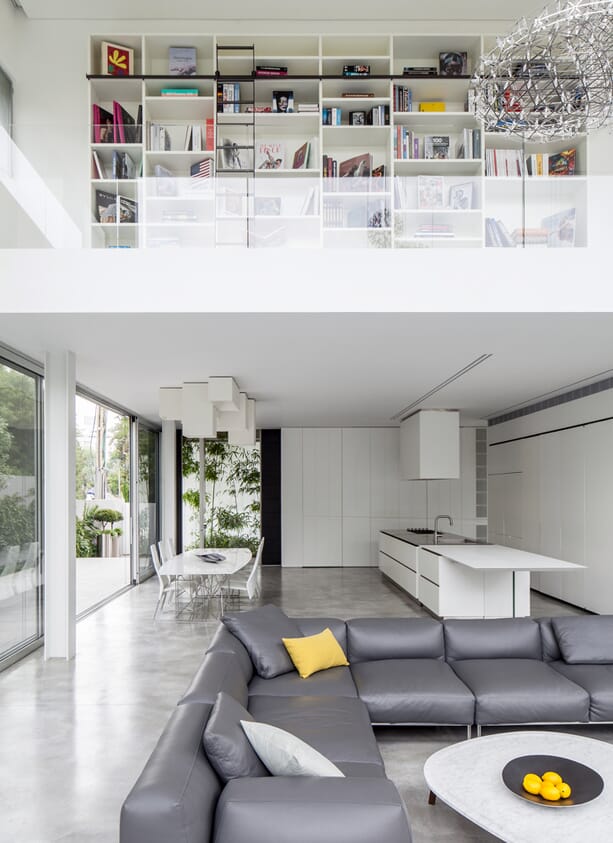 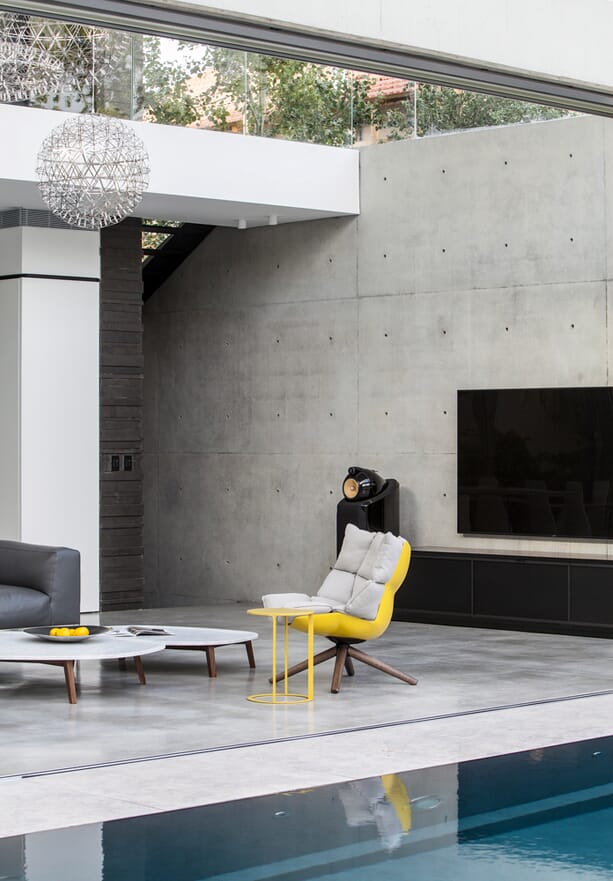 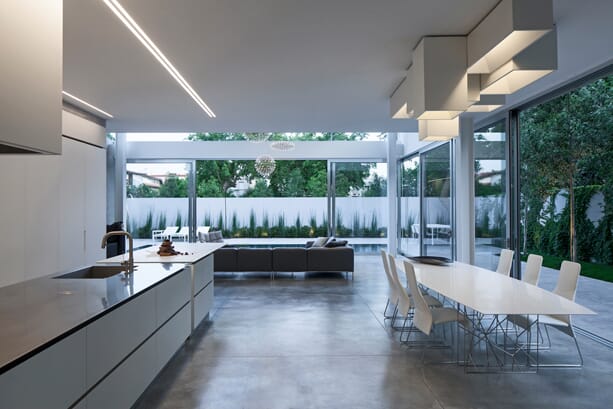