The beauty behind the world of bespoke motorcycles lies in the number of heart-warming stories that are told from the people who modify bikes not for the money, but for the shear passion. The latest being Delux Motorcyle and their ‘Mad Max’ inspired BMW R65.

The motorbike workshop is run by two Italian friends who customise bikes on the principle of ‘expressing originality’. The partners have separate jobs, Gabriele owns a television studio and Massimo owns a restaurant, and if they so choose, they could both have successful careers elsewhere off the strength of this custom build.

The barn-find BMW was reborn from ‘everything’ as the pair used anything they could get their hands on to transform the raw bike into a modern-vintage rider. The most noticeable modification is the beautiful patina across the bike’s tank which gives the entire bike a new texture and identity. Alongside the new body, the pair also reduced the bike’s weight to make it a more enjoyable ride. This included giving the BMW entirely new suspension and rebuilding the bike’s original shock absorbers.

Delux also removed all the bike’s electronics to make it more streamlined and more authentic. All the essentials left over were then hidden inside the bike’s frame to complement the other finishing touches, which include a set of handlebars from a 1985 Kawasaki and a hand-made muffler from an old Fiat. 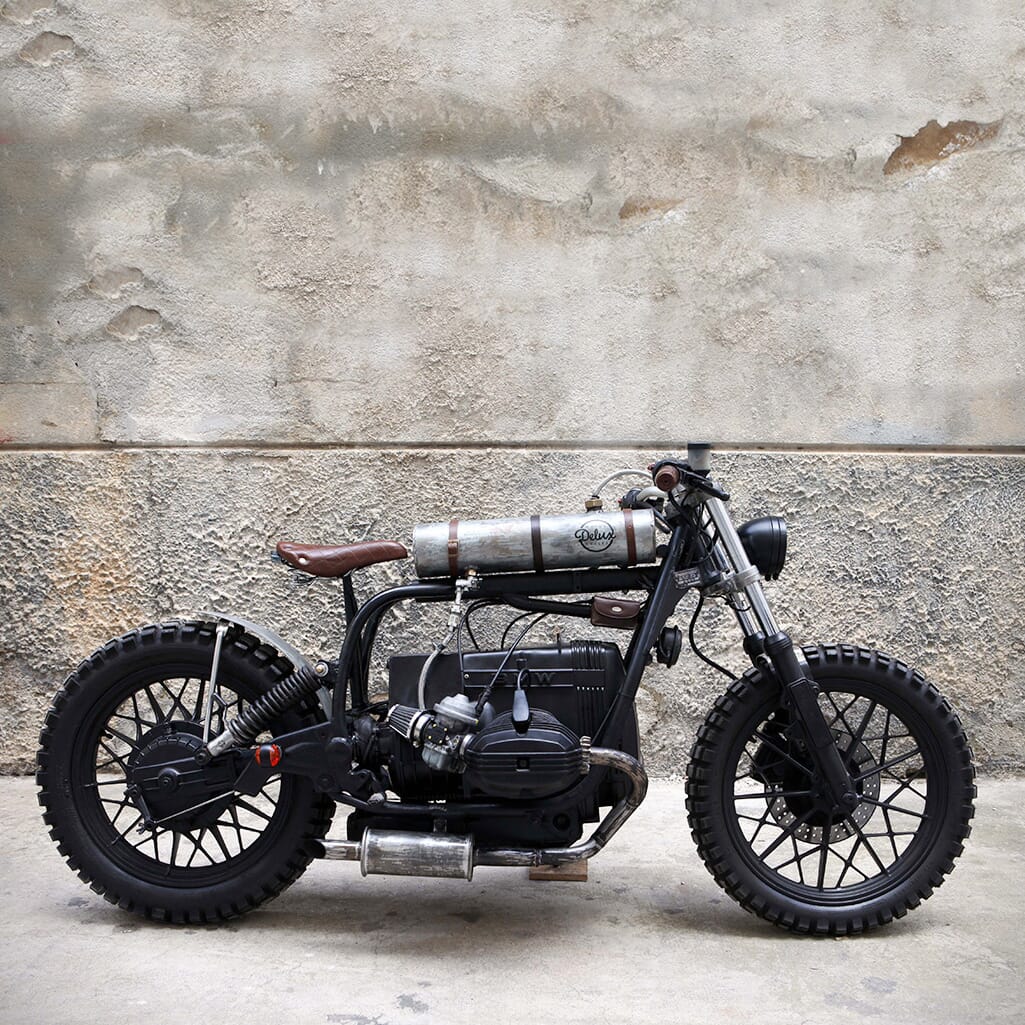 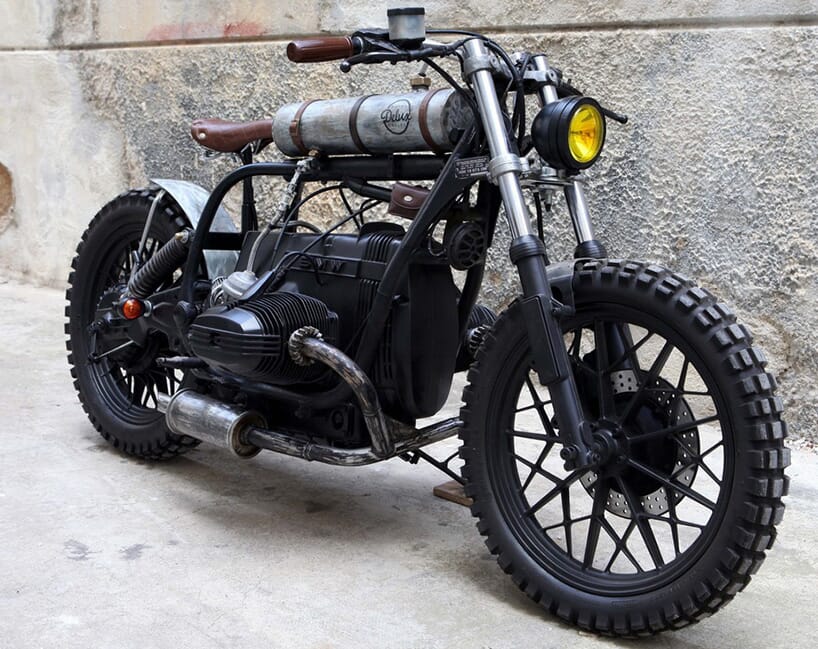 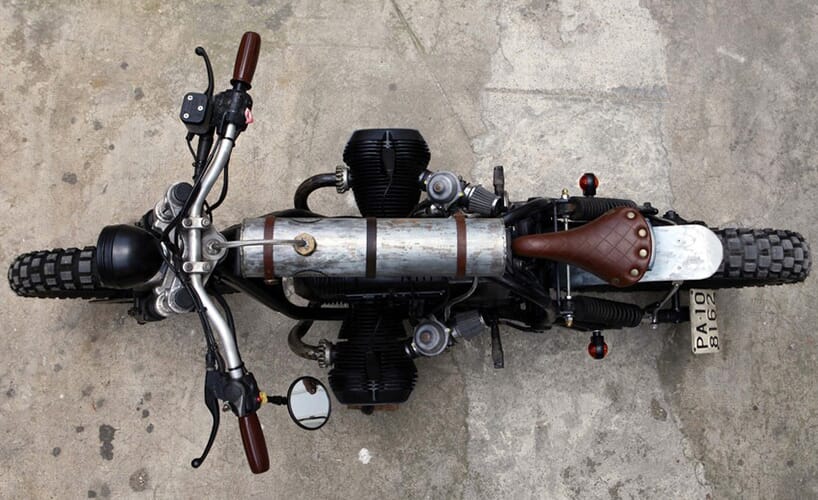 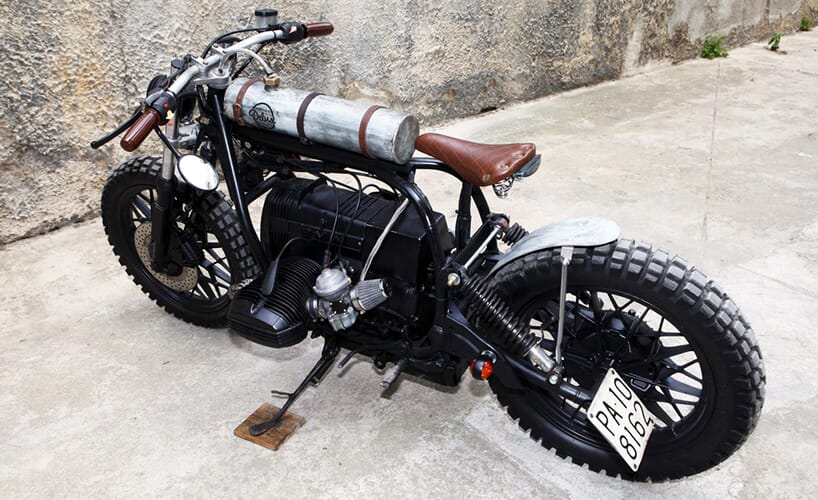