The area surrounding the hotel has undergone a renaissance of late, growing out of the confinements of their well-known tobacco factories. Occupants of the old factories are looking for new ways to transform their properties and rejuvenate the area. Laden with vintage décor and eye catching geometric prints, the Durham Hotel is strikingly beautiful.  The exterior of the building has been kept largely the same since its initial design in 1965 by architect Perry Langston. With gold and white columns stretching down the front of the property and a complimenting cylindrical tower on the side, the building has a distinct vintage feel about it as soon as you view it.

The interior features 53 guest rooms, a penthouse suite, a rooftop lounge and eponymous restaurant with outdoor dining terrace. Commune wanted to create not just a hotel but a meeting place for the local creative community. They garnered their design inspiration from mid century buildings and the local pioneering arts and crafts college Black Mountain College, which was founded in 1933.  There are also hints of inspiration from 20th century artists such as Josef and Anni Albers and distinguished designer Charles Eames. Painstakingly meticulous in its detail, the hotel has some very distinguishable features; a complimentary shoeshine centre and newsstand featuring niche magazines, lighting inspired by the Okura Hotel in Tokyo, custom Plane furniture by Michael Boyd and a unassumingly stunning curvilinear mezzanine.

The hotel is simply overwhelmed with detail and has been sumptuously designed. Bringing to life a new creative hub, the Durham Hotel has become a boutique hotel with global appeal. 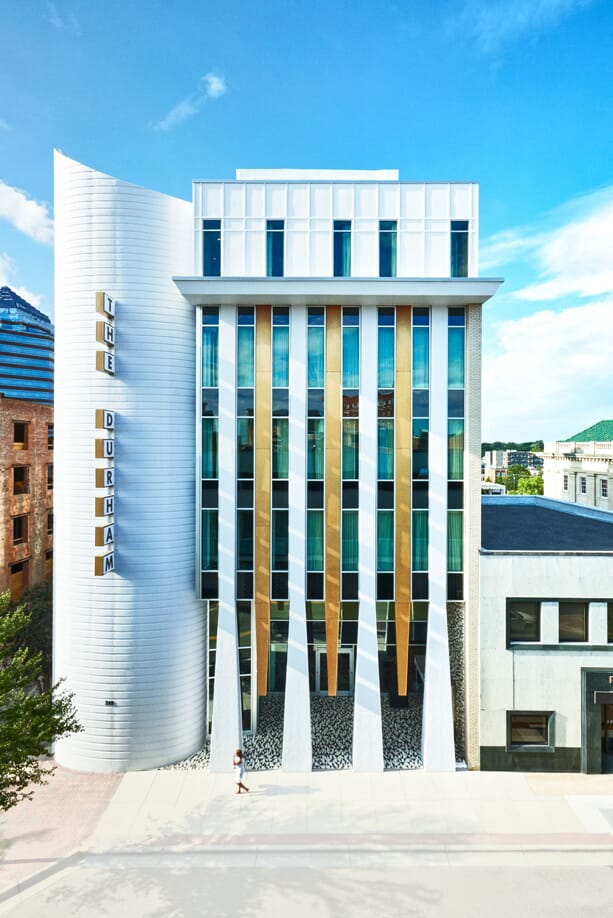 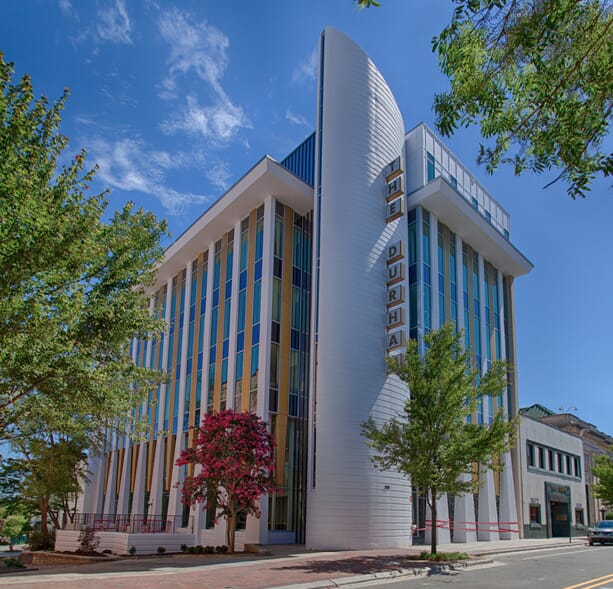 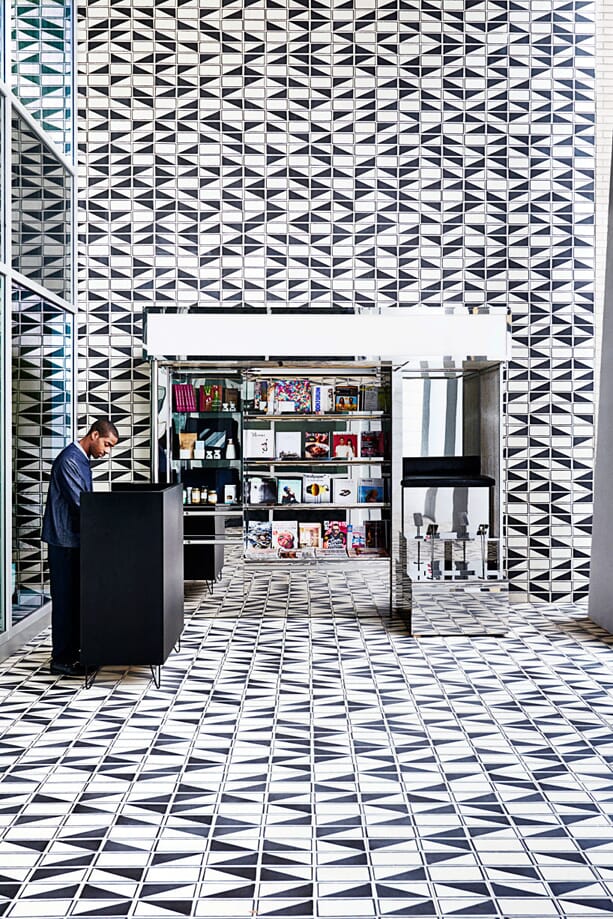 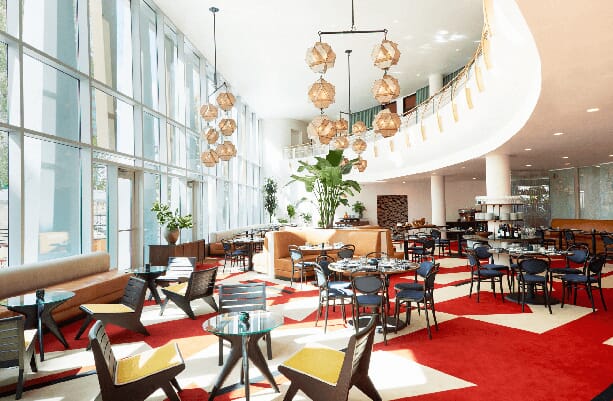