Offering a base for artist workshops, studios, exhibit spaces and accommodation, the project lasted 15 years in its entirety. Working closely with the ESW, to help raise funds in to order to move out of their previous facility, an old railway shed, to the new purpose built facility.

Commencing in two phases of construction, the first touched upon the compact building containing metal, stone wood and mixed media workshops with 30 separate studios sitting atop of a series of public facing services at street level, alongside two artist lodgings.

The simplistic appearance of the building represents the internal needs of the organisation as well as the space and inspiration needed for artists.

The second phase of construction, however, was something altogether different. Twelve external sculpture bays dominate the exterior, each elegantly divided by concrete piers which flank both sides of a sunken courtyard inspired by the Ryoan-ji Temple in Kyoto. The unique courtyard softly stretches to join the adjoining cycling network which has also been restored from a former abandoned railway cutting.

The entire plot is supervised over by a 28m tall campanile, left for interpretation by future visiting artists, acting as both a gateway and as a beacon visible to the wider city and beyond.

Restoring a blank canvas. The Edinburgh Sculpture Workshop will exude inspiration for years to come. 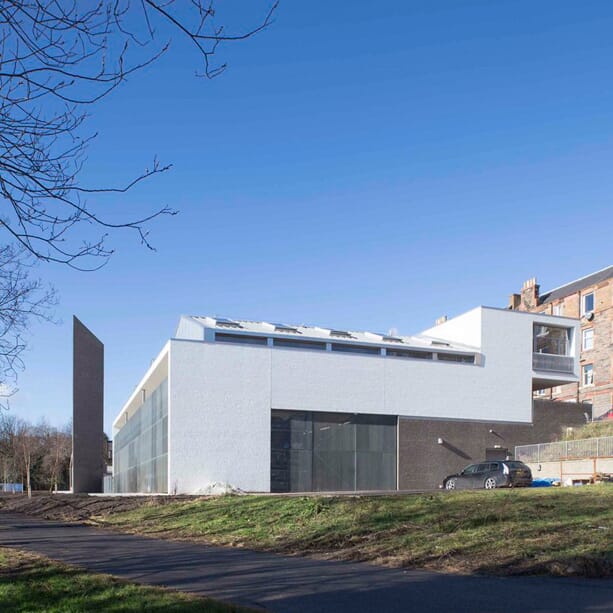 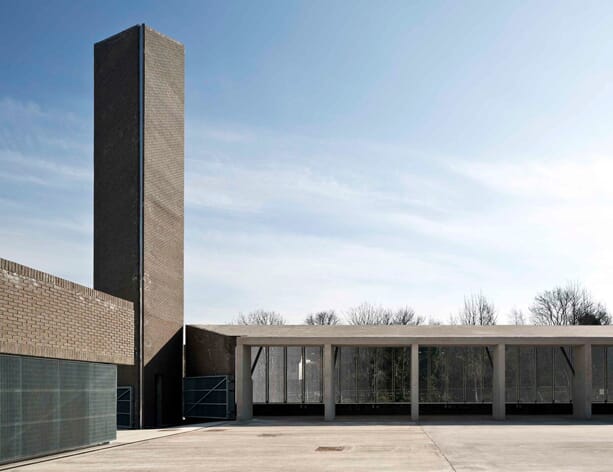 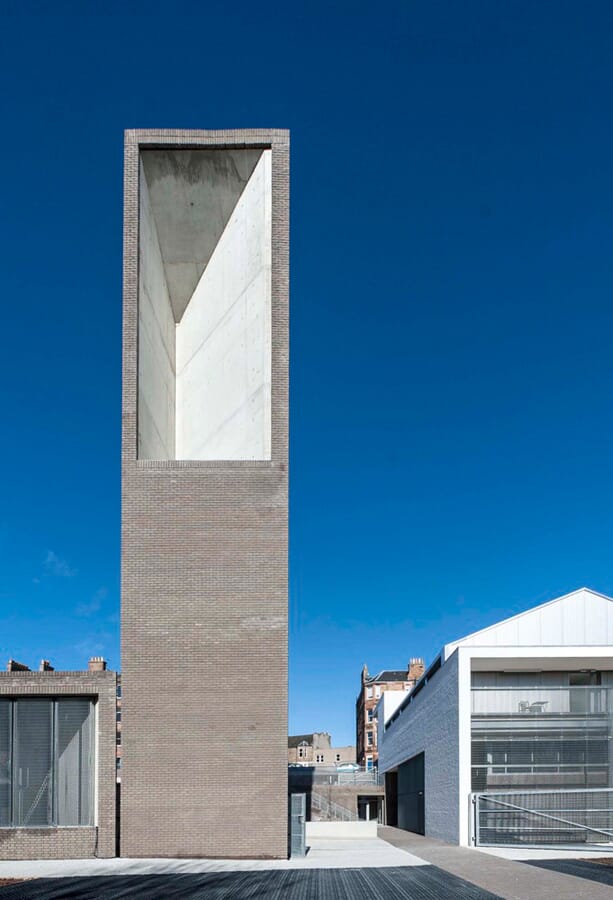 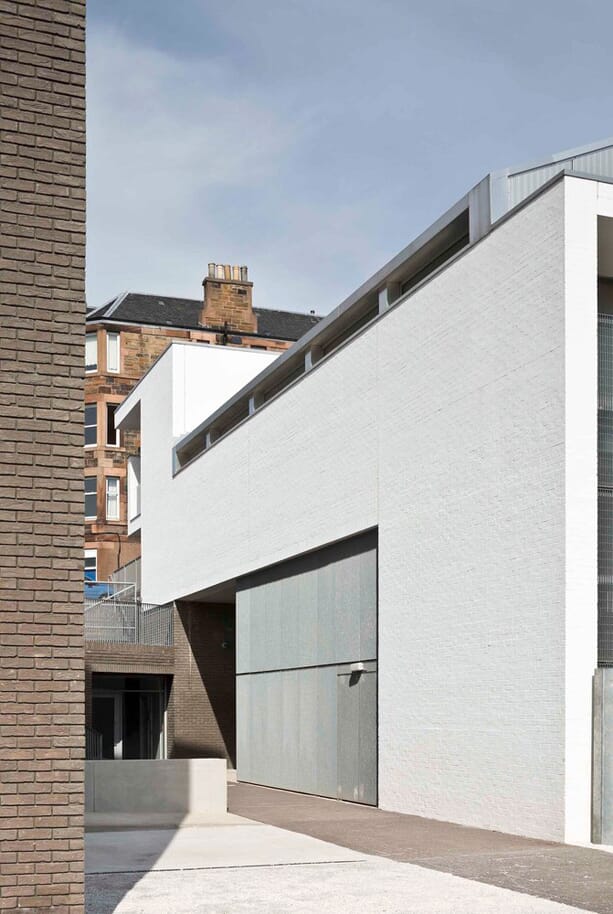