We're not sure what the record is for the world's narrowest restaurant. At just eight feet, El Papagayo Restaurant Cordoba in central Argentina, must be a contender.

If it looks like a restaurant in an alley, then that's exactly what this exquisitely wrought piece of ultra-urban architecture is. An angled glass roof lights the polished floor of the space below, flanked on one side by the bare brick of one adjacent building, while that of the other is finished in exposed concrete.

Architect Ernesto Bedmar is also the owner, buying the space many years ago, when the alleyway was used as a storeroom with a roof formed of a concrete slab.

Bedmar has lived in Hong Kong and says, "I discovered the value that Asian people gave to every space [...] and how they achieved something magic."

Thus the concept of a tiny restaurant that achieves its intimacy precisely because of its extraordinarily limited space. There's a main dining space and, beyond the kitchen at the back, spiral stairs to a private room, with offices beneath. A separate timber-clad block houses toilets and cellars.

And the food? One recent diner writes on TripAdvisor of "extraordinary, experimental and adventurous cuisine". Just like the architecture. 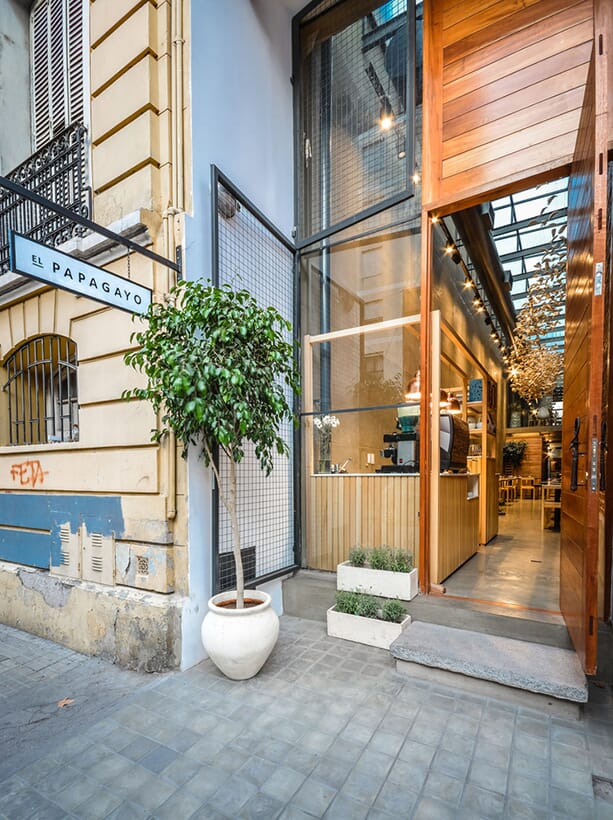 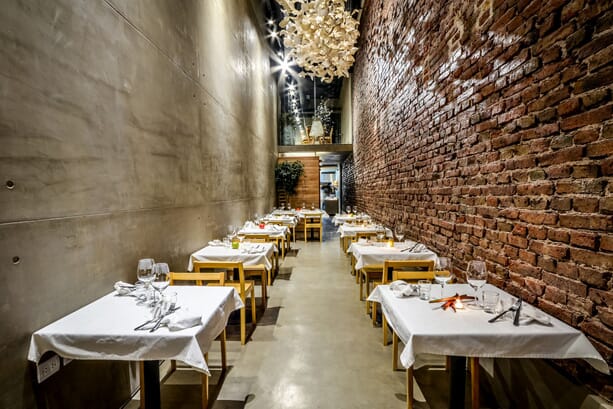 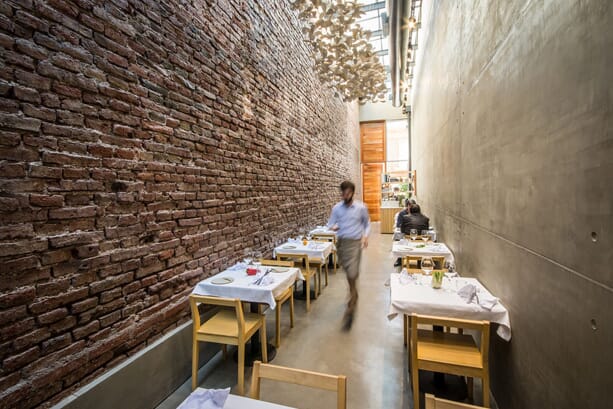 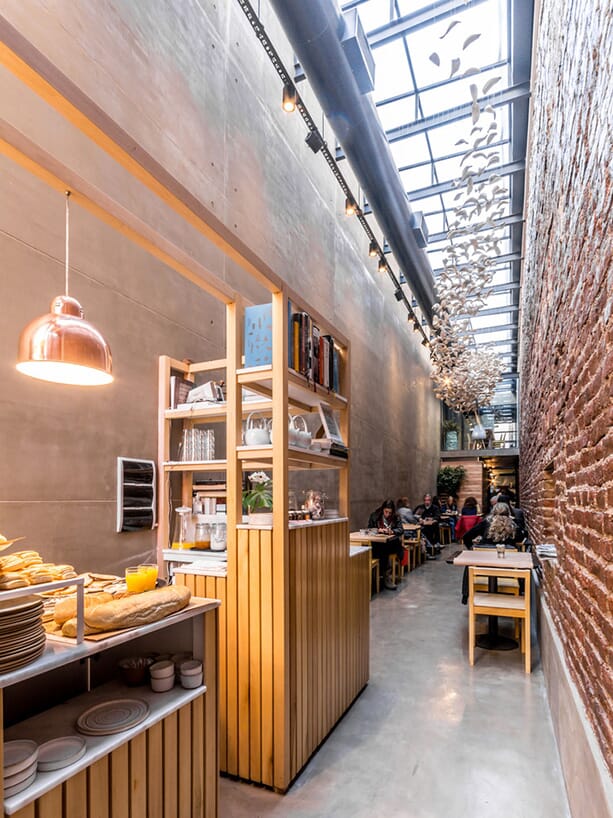 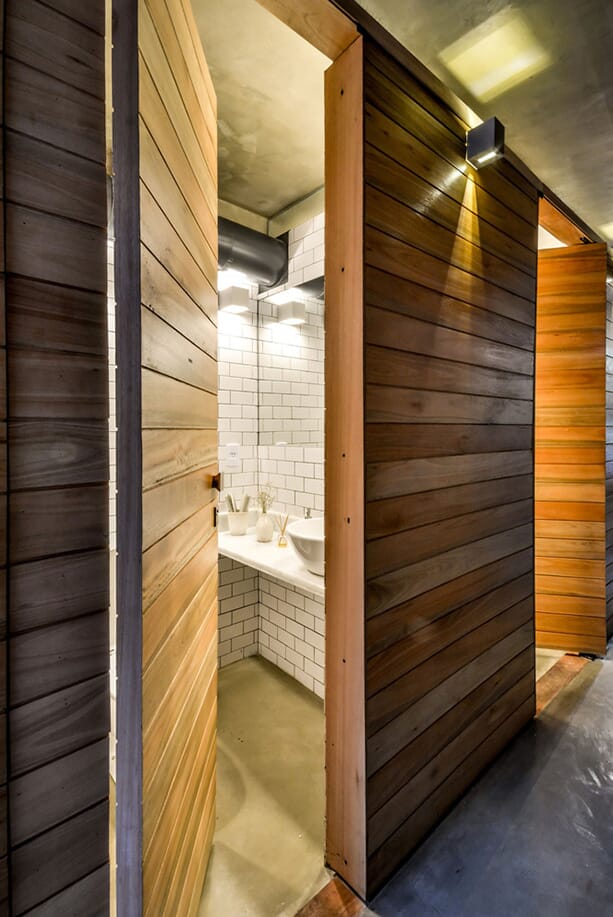 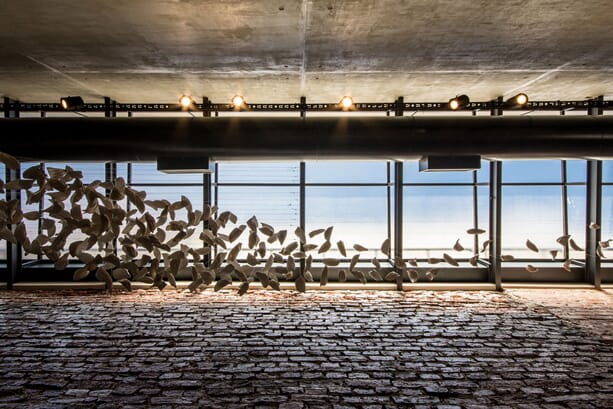