Militant, revolutionarily, svelte or sophisticated – no matter how you describe the Ferrari California Spyder 365 – it is revered as one of the finest cars in Italian automotive history.

The masterful bodywork of the 365 was an evolutionary concept conceived by Pininfarina. Entirely different, the new body adopted delicate details in the form of integrated door handles, svelte door mirrors and the more aggressive front grille.

Internally, the Ferrari was equally enigmatic. The 365 was the first model to be fitted with a V12 long block 4.4 litre engine – which propelled the Spyder above any other competitor on the market. As a total package, the 365 combined the elegant bodywork with the engineering capabilities of the best grand touring models around.

This particular white 365 California Spyder is currently sale listed via Fiskens and it has recently been awarded with full red book Classiche certification which makes the Spyder one of the finest Ferrari’s in existence.

For a chance to own the finest coach built Ferrari of all time, be sure to check out the Fiskens website for full sale information. 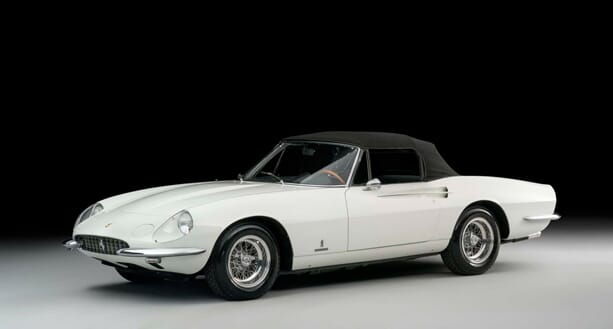 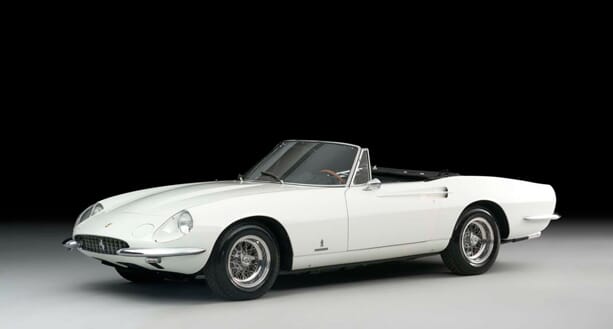 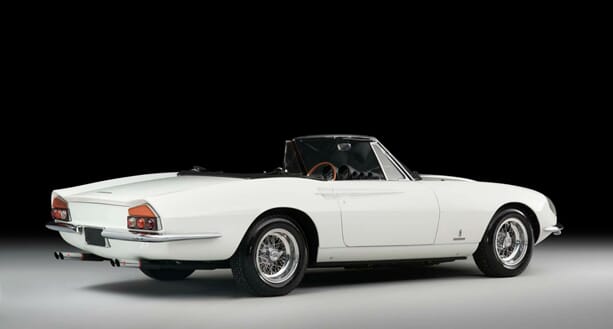 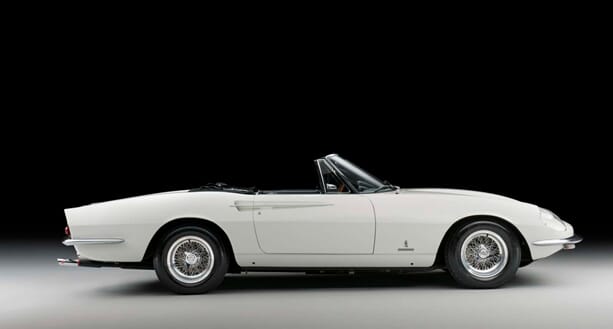 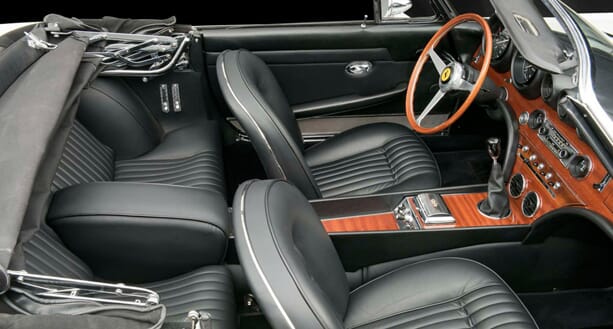 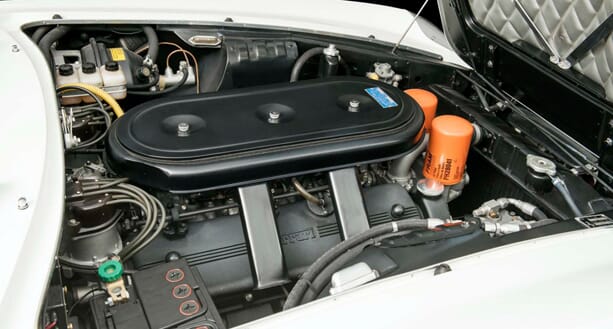