Built at the cost of four brand new Ferrari Daytona models; this Daytona hybrid is one of the most spectacular cars to ever catch the OPUMO eye.

First and foremost, the original Ferrari Daytona was a simply spectacular sports car. Conceived in the early 1970’s, the Daytona’s power propelled the car from 0-60 in an impressive 5.9 seconds. This particular Daytona was the 805th model to ever be built; finished in a Rosso Dino with complimenting Nero leather interior.

But as it is clear to see, this is no ordinary Daytona. The car’s enthralling journey to become one of the most unique Ferrari’s existence began in the early 70’s, where the car’s owner Bob Gittleman asked Chinetti Motors for something a bit different. The reaction; a Ferrari Daytona Estate, was an unforeseen, and brave direction to take the classic Ferrari chassis in.

Transferred to England, restored with Panther Westwinds in Surrey, the Ferrari received a bespoke, luxury coachwork conversion. Transforming the Daytona into a new guise, only the bonnet was left from its original body. The most supremely special element of the entire concept is most definitely the gull-wing style rear windows, that not only provide easy access in to the rear deck but also a stunning vocal point to propel the Ferrari in to the upper echelons of custom-creations.

Elsewhere, the interior was completely updated, with all the internal instruments mounted centrally amongst the elegant wooden trimmed dashboard, which was complimented with the wooden decking that ran throughout the rear of the car.

After years on the road, including showcases at the Concours d’Elegance at Paleis Get Loo in Holland and at the iconic Goodwood Festival of Speed, Hexagon Classics acquired the car and set about another comprehensive restoration to regain the opulent charm of the Daytona.

Ensuring authenticity was upheld throughout the renovation, Hexagon employed the very same artisan who built the car during its Panther period, with the Daytona benefiting in the shape of a bare metal repaint and an extensive mechanical restoration.

This one-of-a-kind custom is extraordinary in every way and it provides a new collector with the opportunity to own a unique, show-stopping Ferrari. A one-way world tour awaits, as this special creation possess an open-invitation to touring events for years to come. 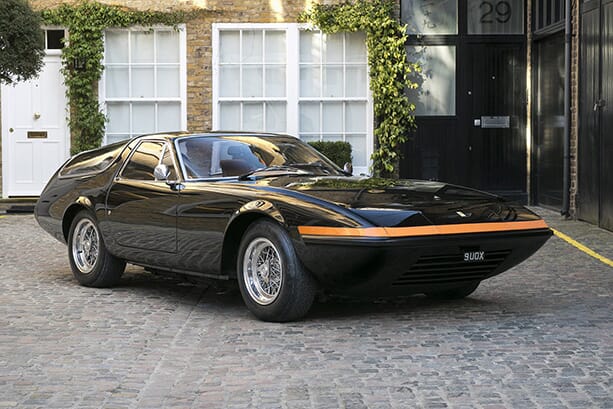 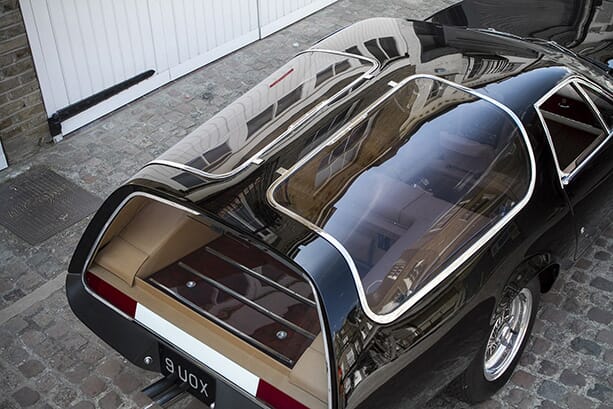 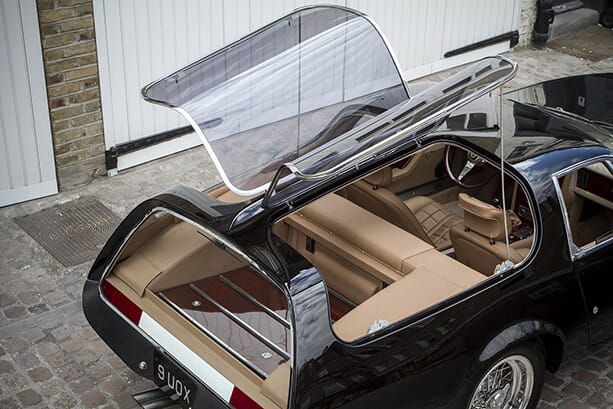 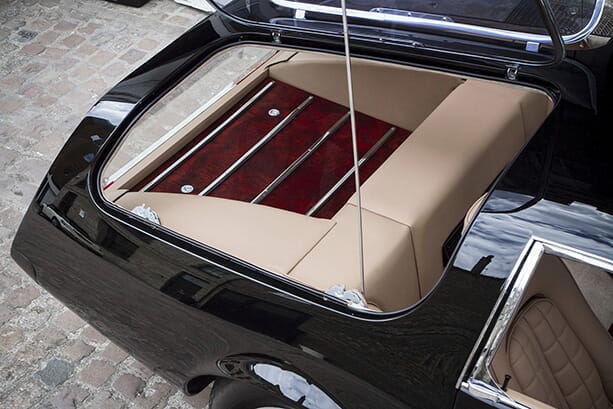 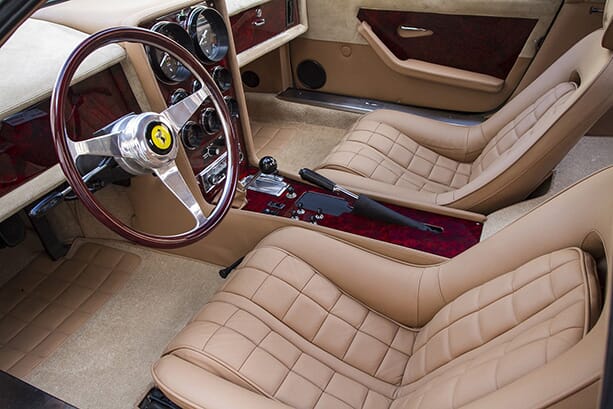 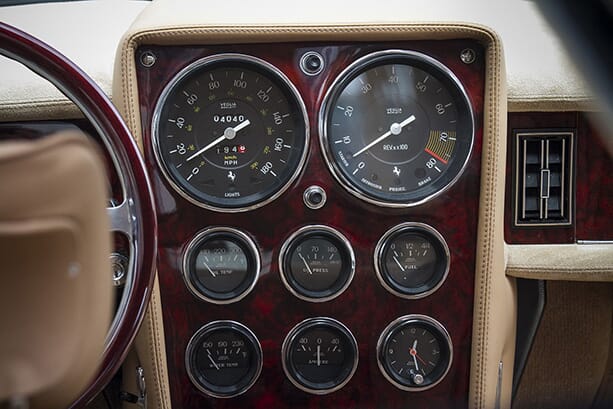 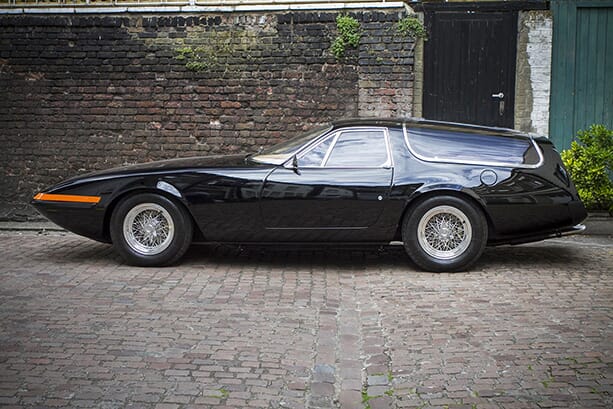 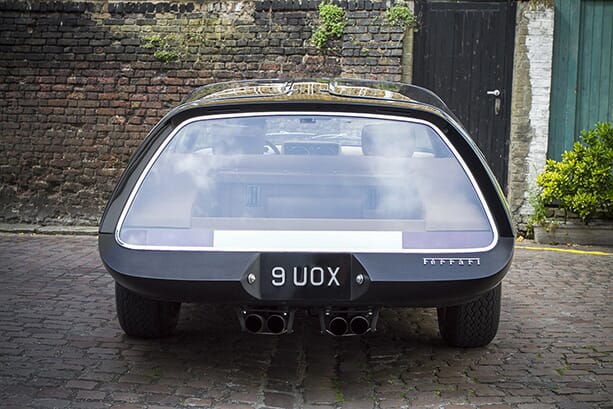