Perhaps in days gone by the year 2015 was earmarked as the destined date of flying, time travelling cars, after all ‘Back to The Future’ adorned to 2015 like no other. However in today’s realism the likelihood of flying automobiles is wholly implausible; until now. Introducing the “Flying Cars” series by French artist Sylvain Viau.

Derived out of the original 1980’s Citroën vehicles, often nicknamed ‘flying carpets’ due to their insatiably smooth handling and classic, space-age deign, Viau’s latest collection snapped under the serene seascape of Cherbourg, France, accentuates the natural and paranormal in the most extravagant photographic series of modern times.

The idealism of a floating vehicle became something Viau experimented with photographically using an array of vehicles of varying model, colour and production. Each tire is systematically cropped and later filled with the contour of the car’s exterior body while a coinciding shadow laced underneath the motor is deployed to emphasize the juxtaposition of vintage cars with futuristic feelings.

Sylvain Vaiu’s “Flying Cars” series provides an alternative perspective like you have never seen before, after all in this bright future you can’t forget your past. 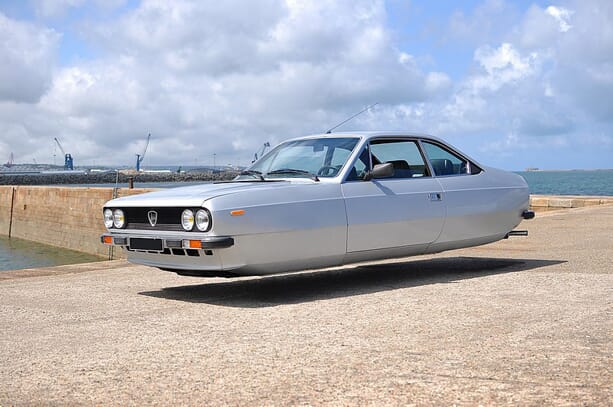 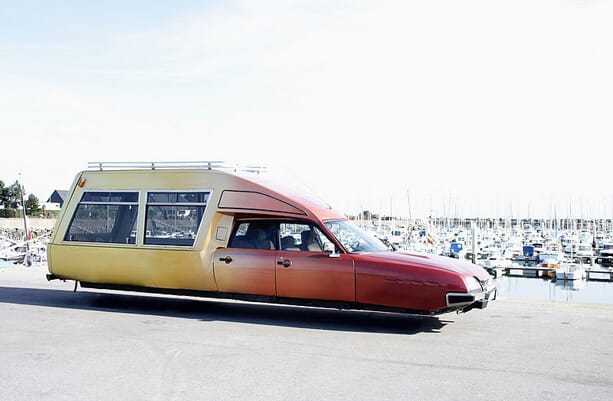 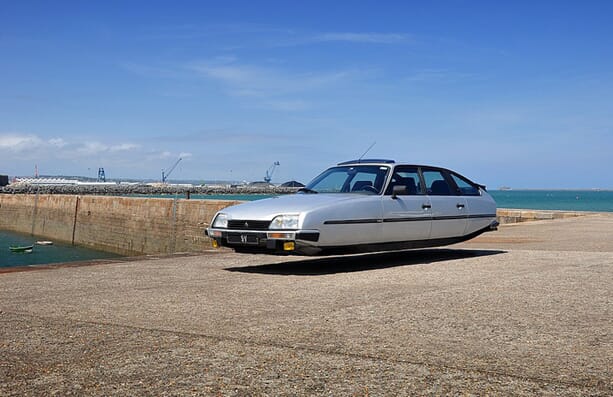