“Some people spend money on art that hangs on the wall, I prefer art that I can ride.”

The FMW N8/75, titled with numerals as a tribute to BMW’s preference to nomenclature, was designed with a carefree brief- and so Fuller Moto extended their creative freedom to produce a bike built on the best of old and new.

As the machine ‘rode like a pig’, Fuller Moto began with removing everything behind the motor, and balancing the bike around the Unijig core. Elsewhere, the front end of the bike was enhanced to be more performance-ready, formed on a Triumph Speed Triple and refined with Brembo brakes. The BMW’s revered tank was left alone, only slightly changed through raising the tank nearly two inches; creating a more rugged and refined café racer stance.

The unique paint scheme was interpreted straight from the aforementioned Breitling Aero L-39 Albatros Jets – in the form of the military black, anthracite grey and metal grey colour combination. While, the exterior was complemented with a variety of graphics, sprayed with gold leaf and pin-stripe detailing for an added touch of personality.

Consequently, the intricate elements of design combine to create a contemporary road-bike; smooth and svelte both front and back with unprecedented power underneath. Indeed, a modern, multi-functional, piece of art. 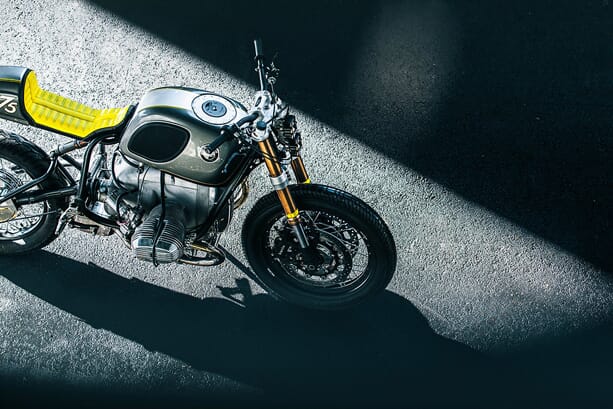 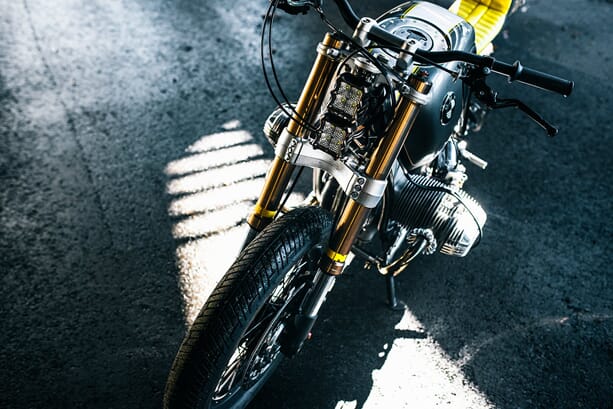 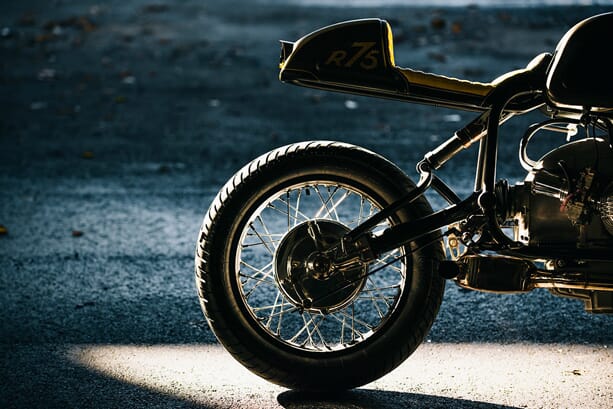 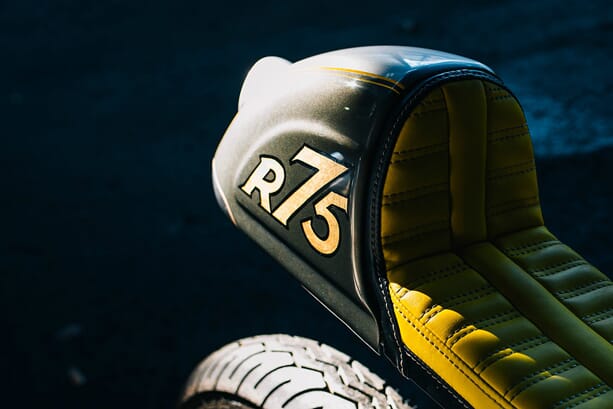 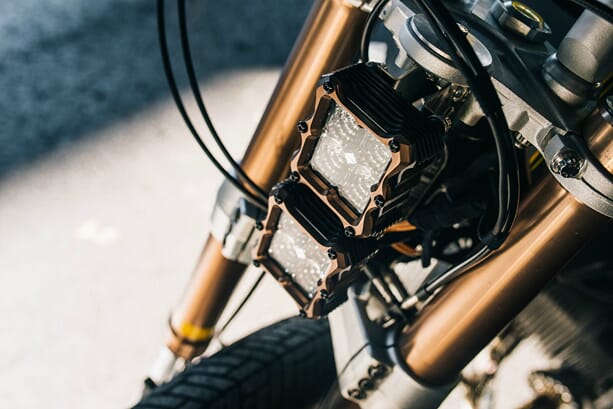