With special edition ranges and exclusive collaborations emerging daily, the sentiment of limited edition pieces has lost some of its initial pizazz.

Truly unique, and wholly rare, the Ford Mustang Mach 1 Twister ignites the true excitement and authenticity of special edition pieces- with only 96 ever made, the Mustang regularly commands fees in excess of $100,000 in auction season.

This special edition Mach 1 goes under the gavel next month as part of Auctions America, and is revered as one of the best looking designs in the first generation of Mustangs.

The unique name, ‘Twister’  is contrived from the tornadoes that frequently perpetrated the Kansas countryside, and thus was seen as an effective metaphor for the intentions of the kind of people that would adore the 300 plus horse power of the Twister.

It is something about the illusive Grabber Orange aesthetic that evokes a passionate raw emotion in all sports cars, with the special twister orange the only colour available for the model. Appeased with unique Twister graphics that were applied to the bodywork in the Ford assembly plant in Kansas City.

Originally intended to feature the 428 Super Cobra Jet engine, the shortage prompted Ford to fit the 351 Cleveland V8 engine in over half of the cars. Despite the change in tact, the engine still boasts the raw power that is so synonymous with the American muscle-car.

The specific edition that arrives at auction this month is one of the 48 Mustang’s that were fitted with the 351 Cleveland engine, and is enhanced with original matching numbers drivetrain, Magnum 500 wheels, rear window Sports Slats, dual racing-style mirrors and spoilers at the front and back.

The 1970 Mustang has forever been a contentious car, some applauding the design while others remain resolute in believing the styling was too eccentric compared to the original 1964 model.

Regardless, the 1970 Mustang combines the best of both worlds, innovative aesthetics and imitable American engineering. Enhanced by its rarity in numbers, the Twister is the ultimate collector’s car.

Find out more and register your bid over at the Auctions America website. 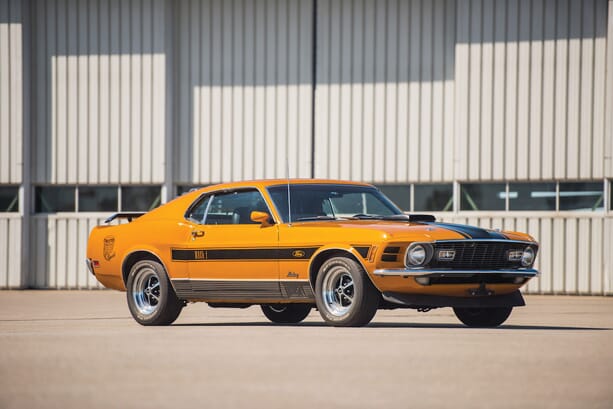 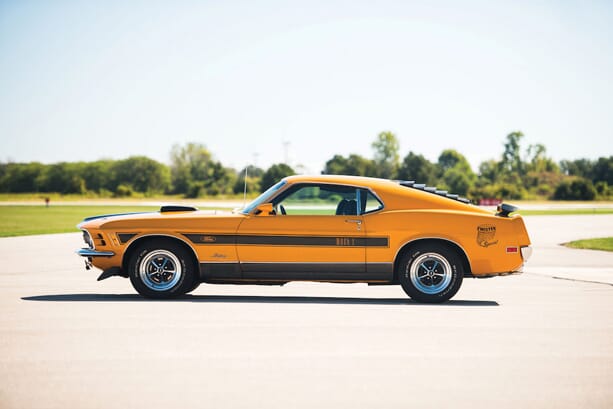 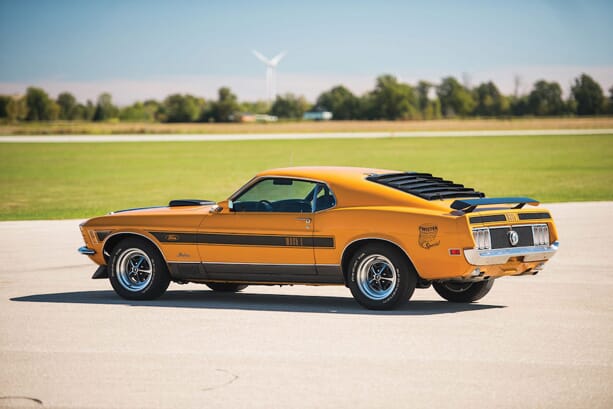 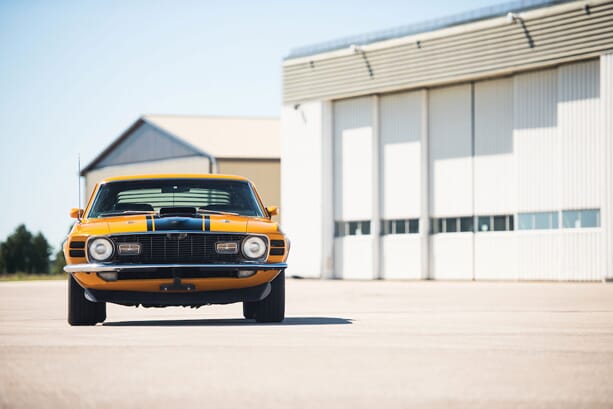 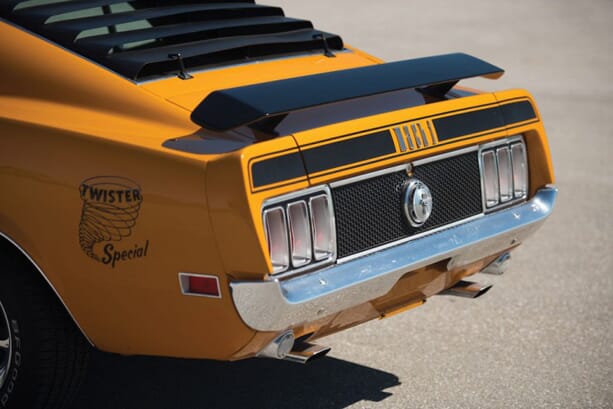 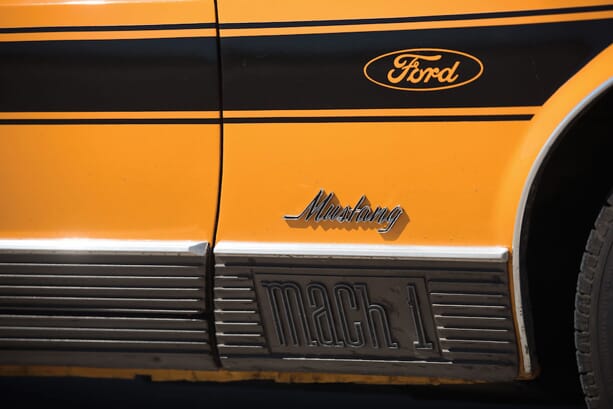 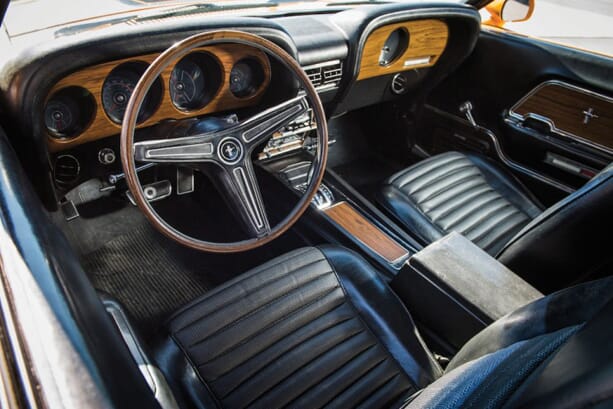