“Architecture should speak of its time and place, but yearn for timelessness.” – Frank Gehry

Arranged as a collection of differently sized cuboids to make up the volume of this family house in Shiga, Japan, the intricate design features of the structure offer  "versatile spaces" which emanate "light and scenery" for a clean, stylish aesthetic.

Occupying a corner site in a residential area of Japan's Shiga prefecture, the 128-square-metre house was built with a wooden frame and designed to express the variety of interior spaces as a series of protrusions and extensions from the walls and roof.

The house is set back from the street with a pale concrete area in front that acts as a subtle contrast to the superior styling of the building. Erected along an ordinary Japanese street to exemplify the design prowess of the building itself, Kimura transforms the lack of spacing to create a living quarters that yields a sense of space and distance.

Yet the house possesses much more than its visually compelling appearance, as the ground floor is dominated by an art gallery and workspace that provides functionality to appease the minimalist design.

The most intricate design feature of the property, however, is a covered passageway that cuts through the ground floor to a small square courtyard containing a single tree at the back of the house, and is open to the street at the front. The entwining openings that are enlaced through the house are designed so that the residents feel the “atmosphere from each other”, linking the habitable space and the design features of the house which makes the living spaces altogether richer.

An eloquent, simplistic series of framed spaces is the secret to the success of Kimura’s work, as after all, simplicity is the ultimate sophistication. 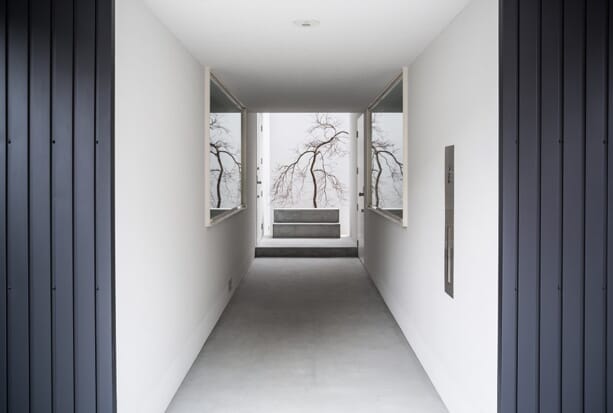 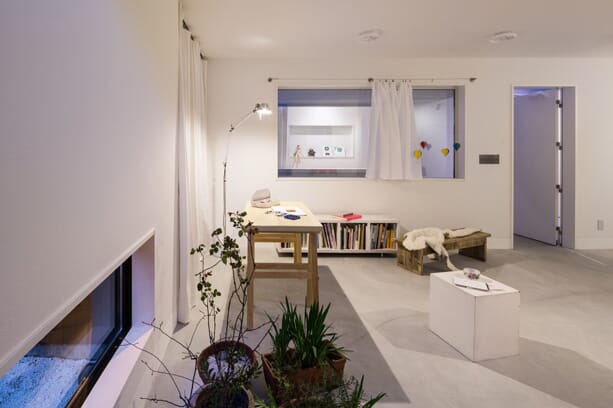 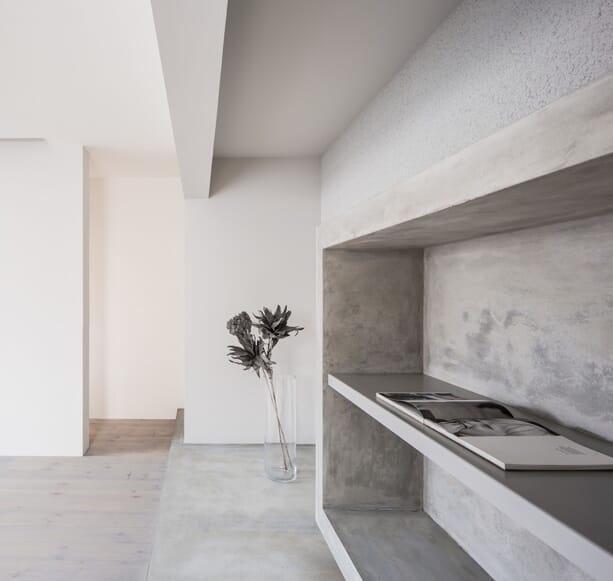 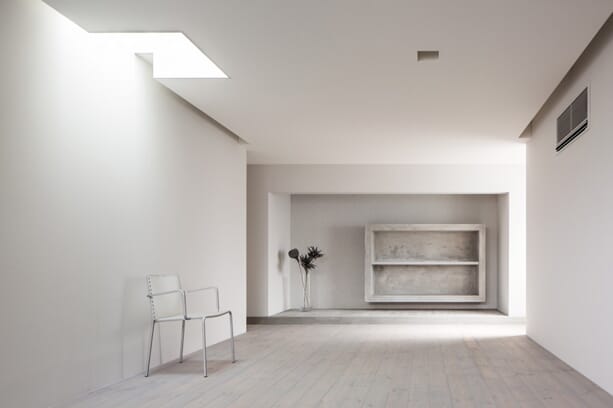