There have always been charges of excess in the art world, as after all, fun succeeds in excess.

Consolidating the super-yacht as an exemplary piece of floating art.

Measuring a colossal 115 feet long, the Guilty Yacht ranks as Koons’ largest project to date, and arguably his best.

Inspired by a contemporary take on the traditional camouflage used across all British naval ships in World War 1, the yacht’s vast exterior is adorned in bold geometric designs that tone down the harsh severity of wartime aesthetics with dashes of yellow, pink and blue.

The imposing, bespoke aesthetic of the yacht was quite easily achieved courtesy of the brief provided by Joannou, one of the world’s most important art collectors, who wanted to ensure, above all else, that Guilty provokes reaction.

“We did what we wanted; style was irrelevant,” Dakis Joannou explains.

"We designed a boat a boat in an antistyle method. We have no rules, no programs, no plans.”

Elements of functionality are also efficient amongst Koon’s kaleidoscope design; as the sweeping large windows across the yacht frame the seascape as well as acting as a large funnel of natural light in to the vessel.

Internally, the design remains loyal to its show stopping brief. Highlighting the space, a central staircase transforms the interior through changing its appearance from a subtle pink, to a sea-inspired blue and finally a warm yellow.

Elsewhere, the main cabin encompasses the entirety of the top deck, with 180-degree views of the surroundings, while more comedic touches are found in the bedroom with a neon light sign sitting above the bed- reading the word ‘Feelings’.

The rest of the four guest cabins feature radical Italian design, typifying the luxurious, opulent aura of the entire yacht.

Above all, the super-yacht, is a calculated act of irreverence that expresses the patron’s evolution as a renowned art collector, sailing ahead as one of Joannou’s most proud pieces. 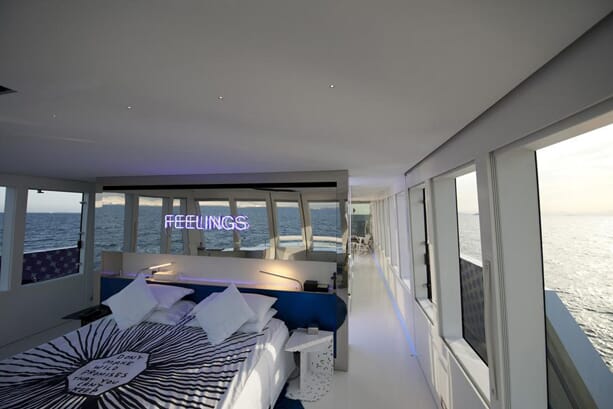 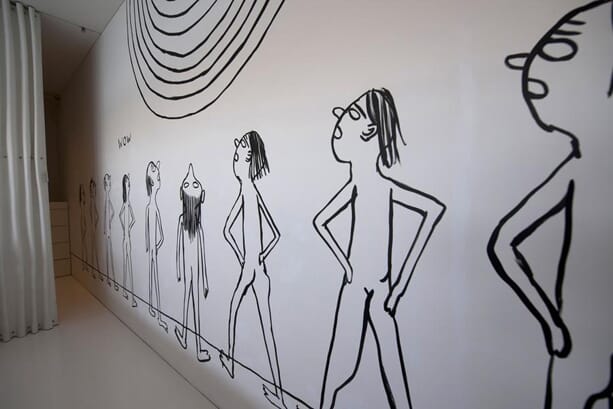 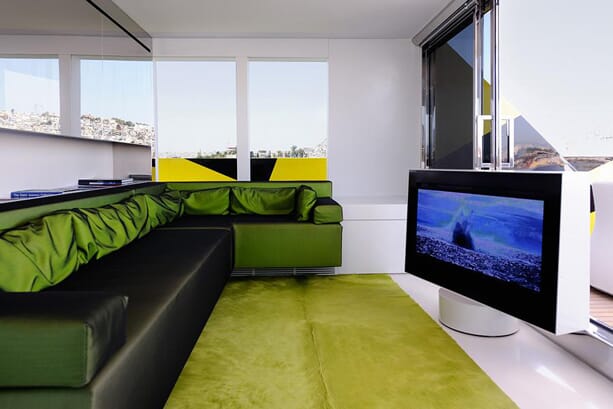 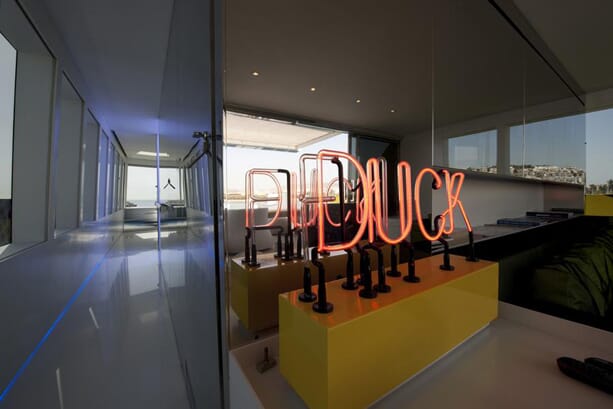 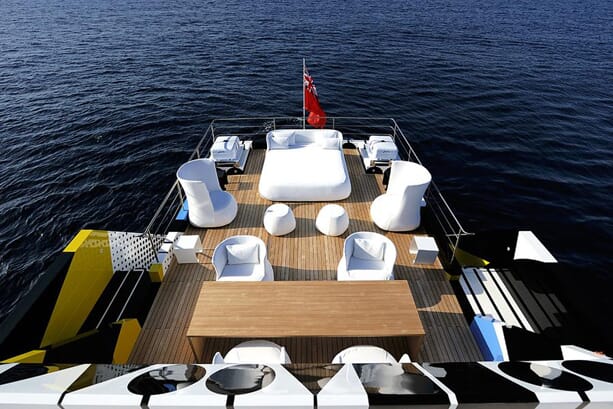 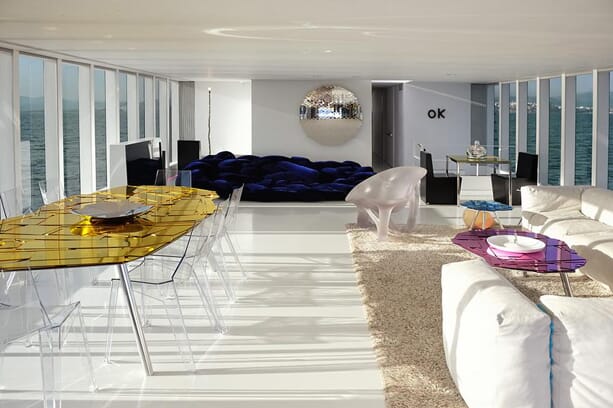