The much anticipated Tate Modern expansion has received its official opening date.

Taking on an almost Egyptian pyramid aesthetic, the expansion includes the opening of the of the former power station’s spectacular oil tanks, which span over thirty meters across and seven meters high. These imposing industrial chambers have been left unused since the power station was decommissioned, and are now to be transformed in to some of the most exciting new spaces for art in the world.

A further series of neighbouring galleries will provide a new space for works from the Tate Collection, including two raw concrete galleries and an entirely unique steel-lined gallery. Alongside their new found showcase, the oil tanks will also act as an innovative social and learning spaces- equipped for a diverse programme of live performances and events.

Since the gallery’s conception in 2000- the former power station in London’s Bankside has dramatically transformed the UK’s relationship with modern, contemporary art.

Sir Nicholas Serota, director of the Tate Modern, who announced the official opening date the Herzog and de Meuron extension, claims that the “new Tate Modern will challenge the traditional story of modern art and offer a fresh perspective on artists working around the world in a re-hang of the whole building.”

“It will also be a communal place where people can meet to share, debate and create,” he added.

Ensuring a whole new generation of art will sit proudly in the heart of London, the Tate Modern Expansion looks set to be worth the wait. 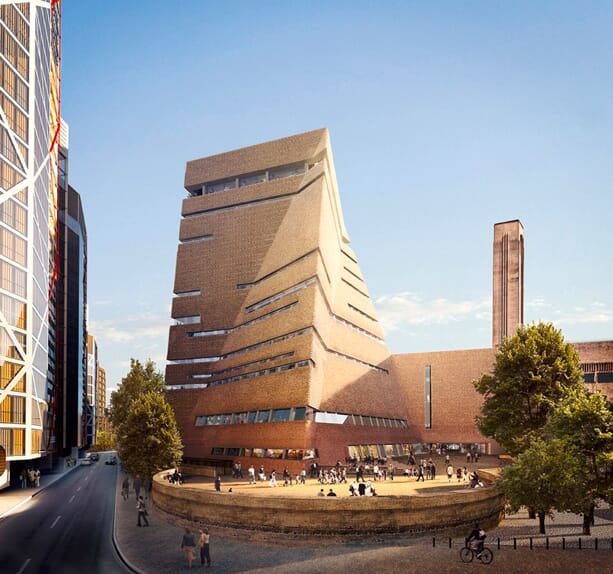 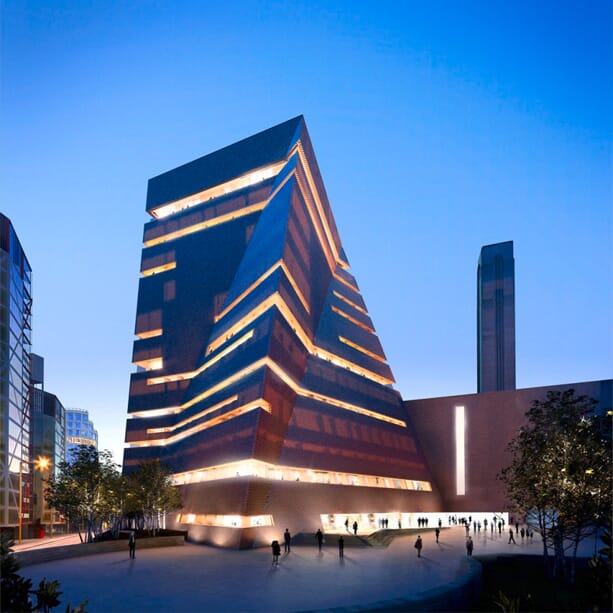