The old adage of ‘with age comes beauty’ can be used to perfectly describe the change in fortunes of the Honda CX500. A long time overlooked, the CX500 is now the focus of a multitude of custom-projects – despite production ending over three decades ago.

Yet, with new fashions grows a lack of originality and an air of predictability. However, the latest custom Honda CX500 creation by PopBang Classics, forgoes trends to be best looking adaptation to date.

Despite it being a hard bike to challenge, courtesy of the tank’s awkward frame positioning and the lanky frame of the bike itself, the small custom shop from the Gold Coast of Australia, have given the bike a new lease of life entirely.

Created by Justin Holmes of PopBang, the bike originally cost $500 dollars and appeared in completely dismantled form. But Justin set out to revitalise the bike through keeping things ‘simple, classic and classy' as well as ‘giving bikes the lines they should have’.

The customisation began by moulding a Norton-shape fuel tank out of fibreglass, whilst also manipulating the tunnel to fit the CX500 backbone perfectly. Elsewhere, the new Chromoly rear frame was re-shaped and mounted with extended shocks to form a more refined, comfortable position. The CX500 was one of the first Honda’s to be fitted with Comstar wheels, but Justin used CAD design to spoke adaptors rings for the tires to make them slicker and more appropriate to the design of the bike.

Check out the details of the Honda CX500 below and visit the PopBang Classics website for a closer look at their other custom bike creations.

Fan of two wheels? Be sure to check out the BMW R nineT by Clutch Custom Motorcycles. 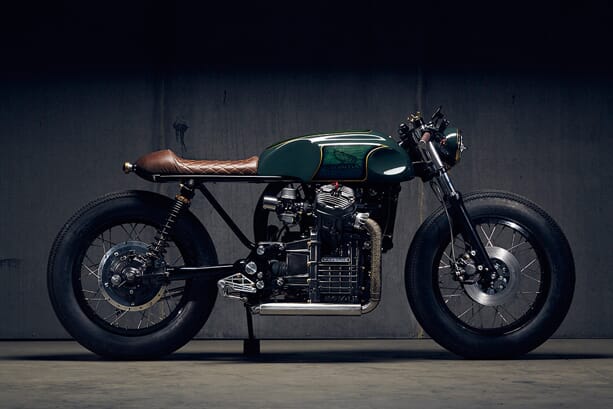 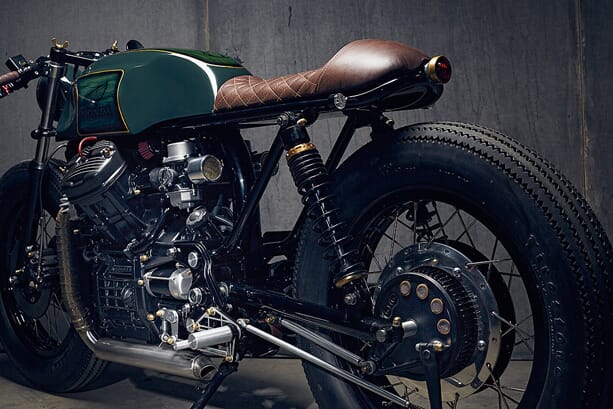 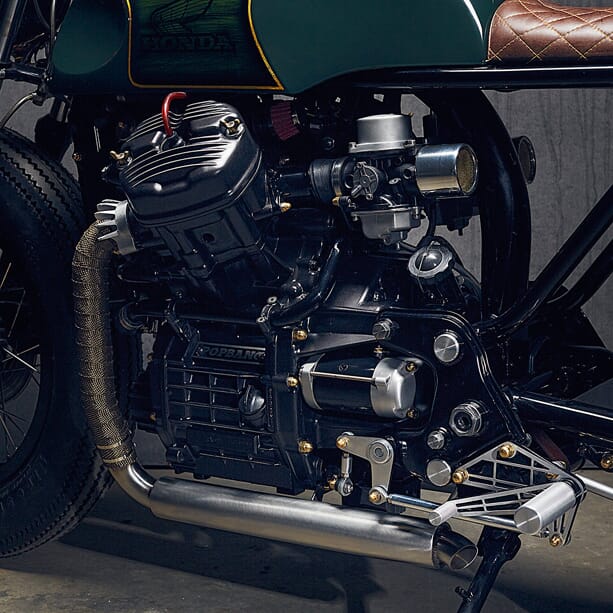 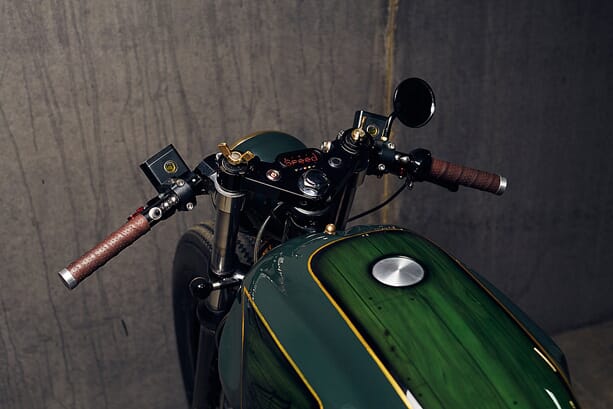