A Victorian family home on the edge of Victoria, Australia, is an unlikely setting for modernist panache. However, House 3 by Coy Yiontis Architects defies tradition, as it has been transformed to accommodate an extended family of eight amongst a modest, urbanised site. The result is a 21st century residence where ease of living meets pioneering innovation.

Sitting among the rich heritage streetscape of Balaclava, the House 3 project required an astute approach to restore the street presence of the original Victorian structure - which had been badly disfigured over time.

Consequently, the strategy was to divide the house in to two distinct, yet discreet buildings, old and new. Singularly separated by a large central courtyard that acts as a natural anchor to the house. The courtyard gives the building a greater sense of space, with its contents of a pool and surrounding greenery, giving the illusion of growth which extends the communal spaces of the home.

The original building façade was striped back to its salvageable identity, before being carefully restored to its primary Victorian character to further enhance the relationship of old and new.

Internally, certain aspects of the old house were redesigned and reconfigured to become a library, living room, office and guest bedroom. The original structure was manipulated and exploited to create a grand new living space, previously unattainable amongst the rigid, ageing Victorian structure.

In order to surpass the capabilities of the original build, a new two storey timber clad structure was erected at the rear of the property facing the old cottage across the idyllic courtyard and pool. Full height glazing was installed across three sides of the extension which allows views into all parts of the ground floor, to create an opulent living space that intricately combines contemporary living with distinct Victorian history.

Simply stated, House 3 by Coy Yiontis Architects is an urban home that functions successfully for a multi-generational family and its evolving needs. Complete in an assured style. 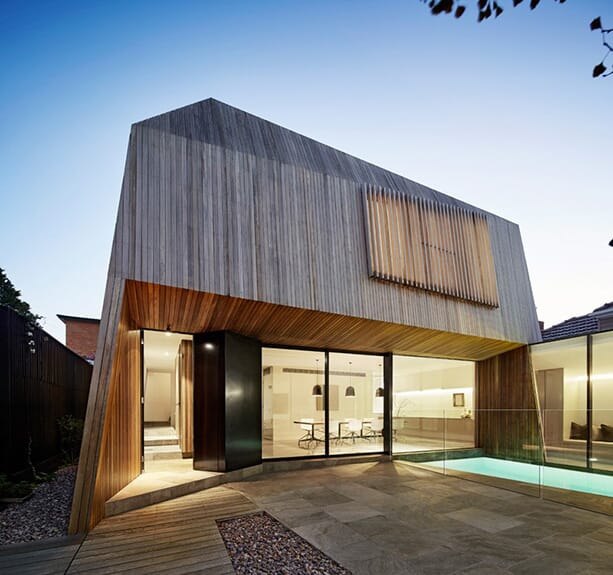 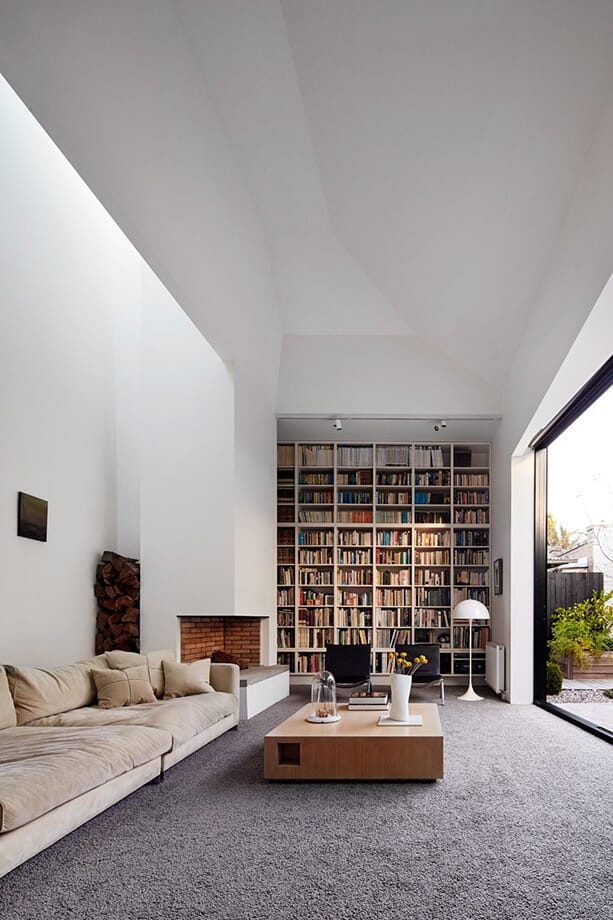 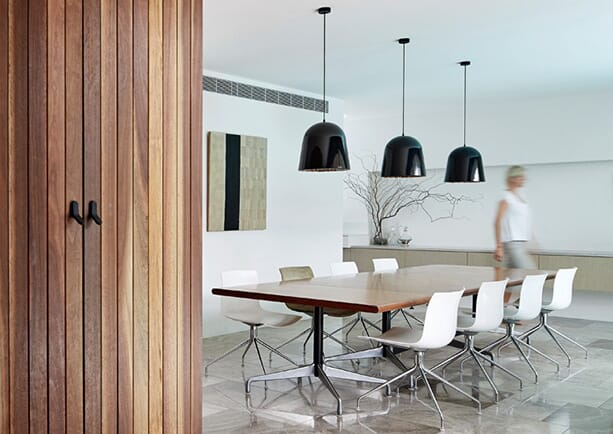 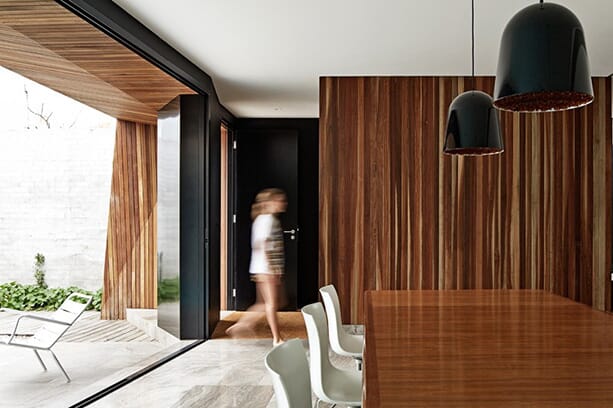 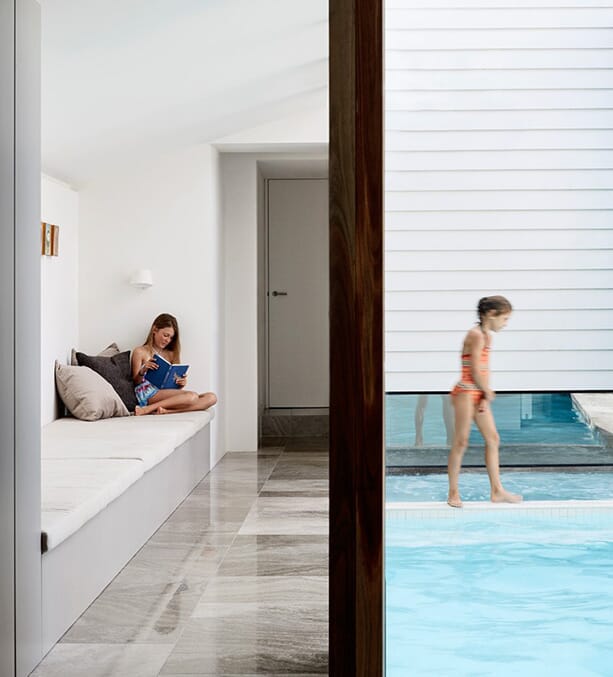 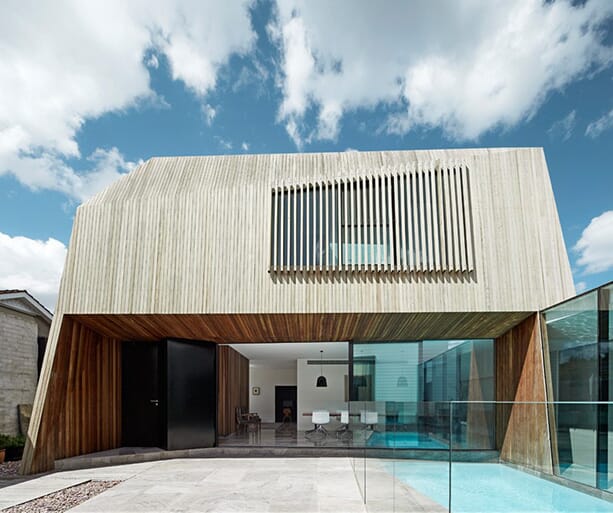 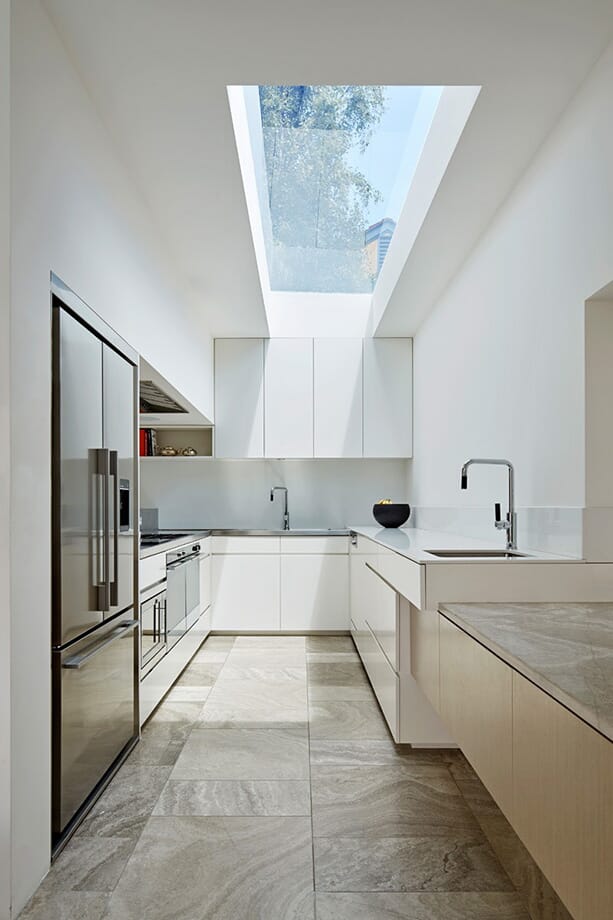 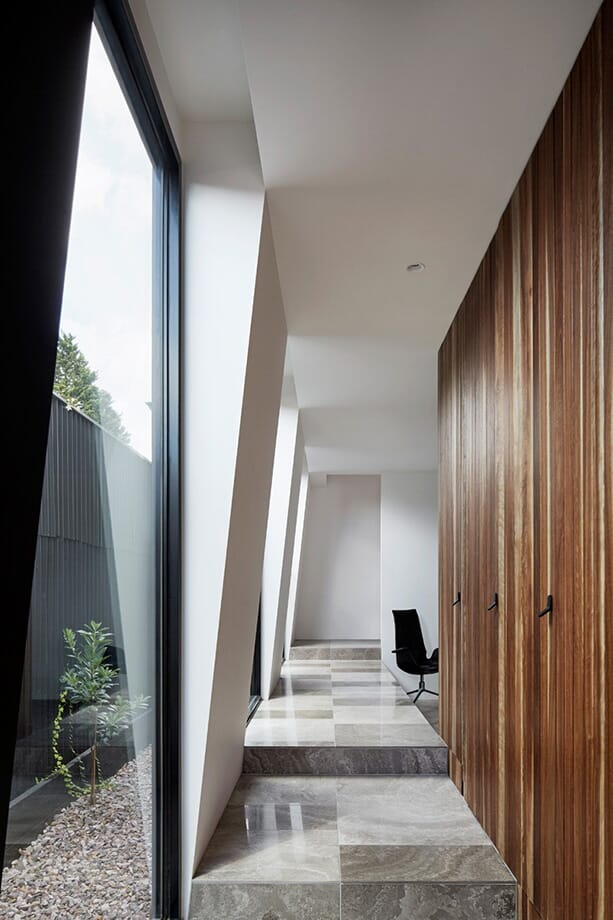 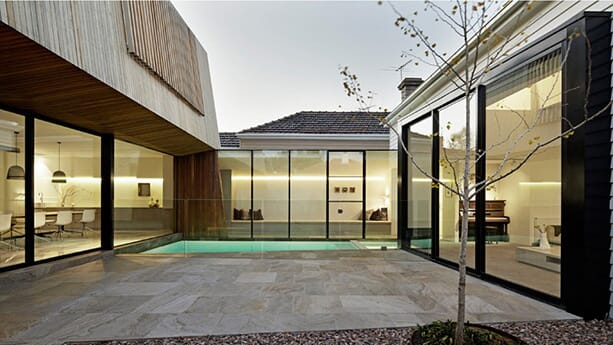 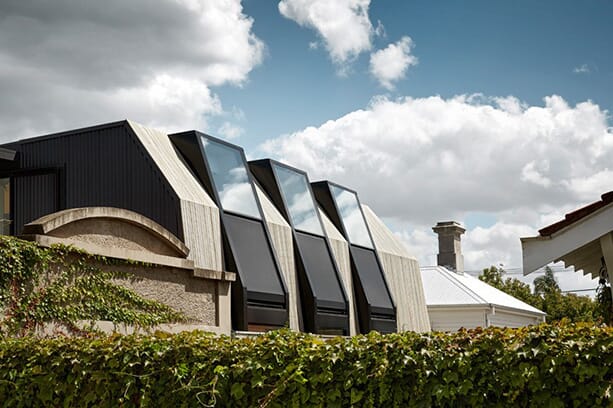