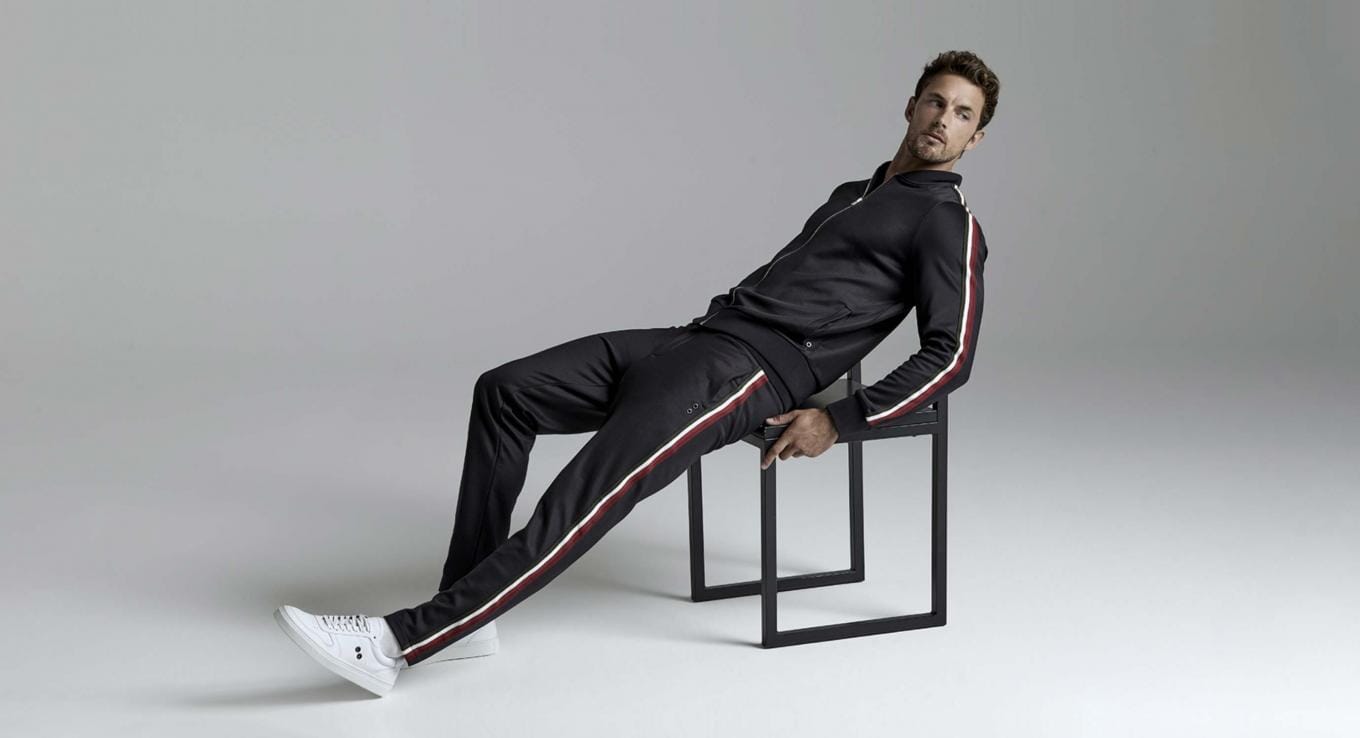 Born out of the partnership of Jerome Touron, a Frenchman, and Claus Lindorff, a Swede, Ron Dorf – a simple elision of their two last names – is the logical outcome of their combined origins. Combining Swedish functionality with classic French elegance, Ron Dorff is a new idea of sportswear; smart, modern and sharp. Neither precious, overly casual or technical, Ron Dorff focuses on ‘beyond-basics’ with an athletic heritage that performs flawlessly whether worn at the gym, at home or in the street. Today, that’s pretty much everything you need.

In the past two years, the brand has made its mark on the rapidly expanding sporting world to open up its first UK outpost – in Seven Dials, Covent Garden – and consistently push the premium sportswear movement to new heights. In the week that Ron Dorff has released its latest autumn/winter capsule collection at OPUMO – filled with neutral colour palettes and luxurious comfort across sweatshirts, shorts and hoodies – we sat down with co-founder Claus to pick out a few of his favourite pieces and find out how he’s managed to steer the Swedish menswear brand to the top of men’s sportswear. 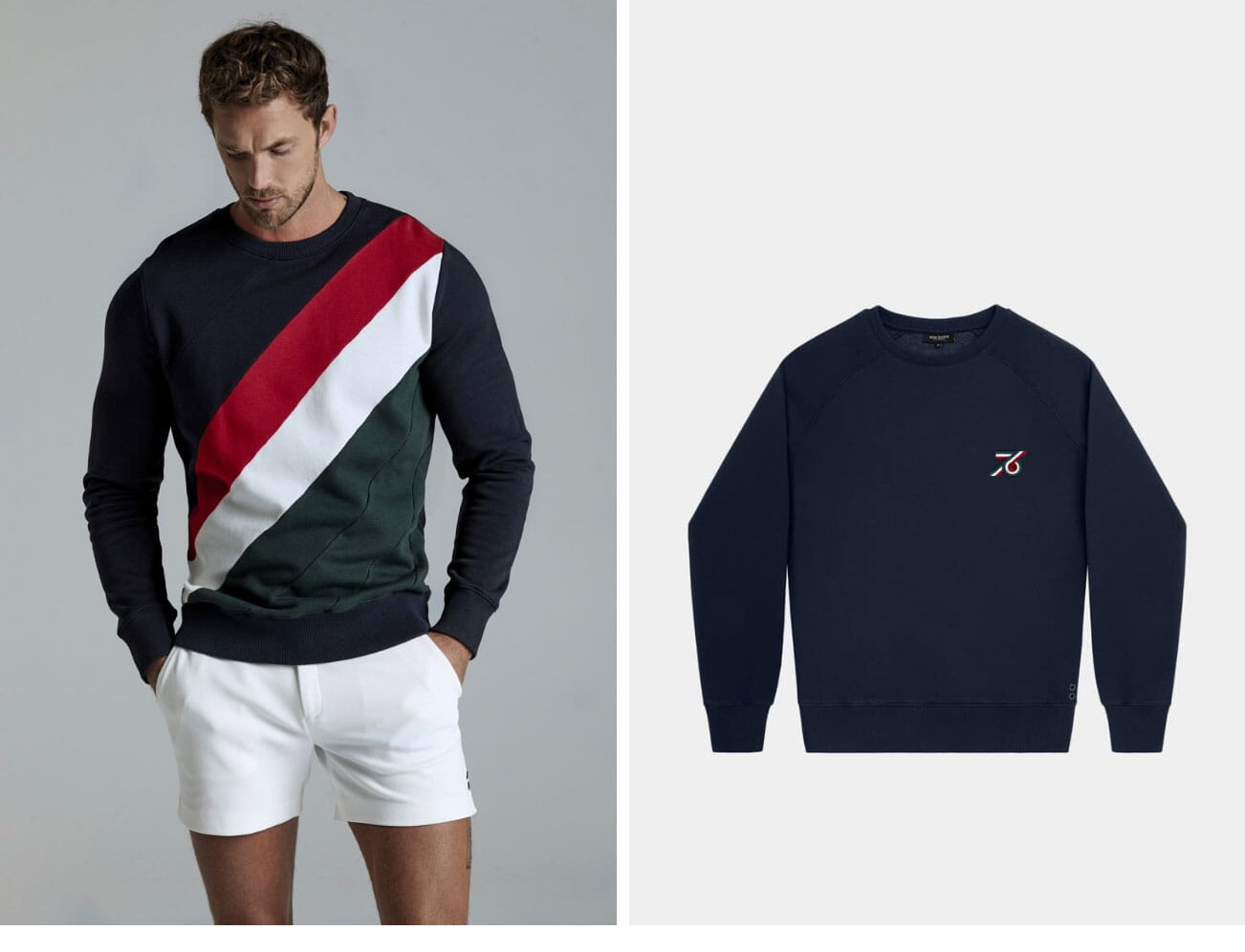 Who was your hero growing up?

Björn Borg. He was the pride of Sweden in the 1970s together with Ingemar Stenmark and ABBA. Classes at school would be suspended and an old TV was rolled into the classroom so we could watch him play at Wimbledon. Always calm, prepared and in control, Björn incarnated what would become Ron Dorff’s leitmotiv: 'Discipline is not a dirty word.'

What initially inspired you and Jerome to start Ron Dorff back in 2011?

The lack of functional, qualitative and well-cut sportswear without crazy colours and oversized logos. We saw a gap in the market and we've looked to grow into it. 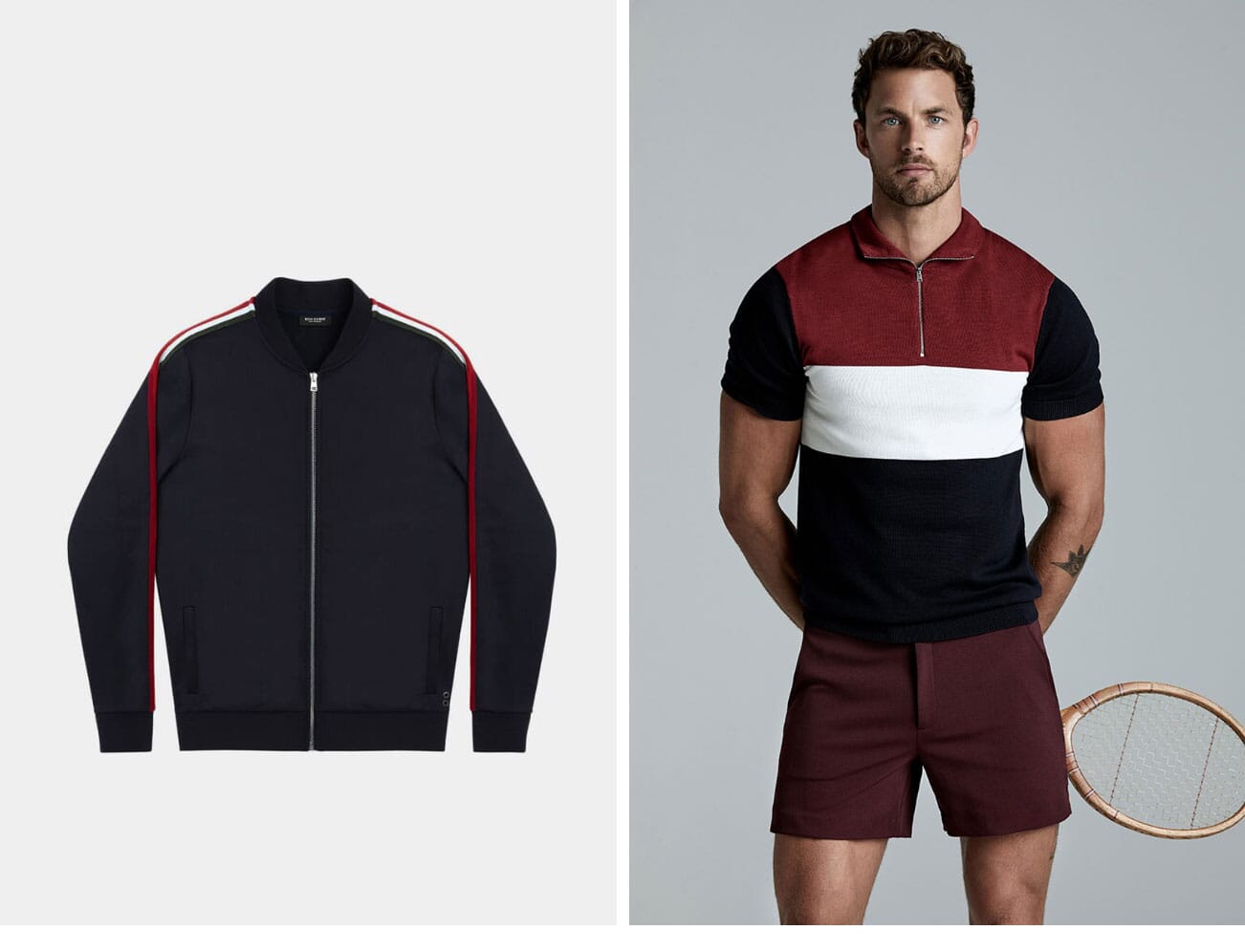 How did you turn that inspiration into the early foundations of the brand?

We decided to revisit some of the great classics of the 70s and early 80s such as the Björn Borg tennis shorts, the Steve McQueen jogging trousers and the water polo trunks in new, updated fabrics, with classic, masculine colours such as dark navy, black and heather grey. And most importantly, without any big logos. Simply two discrete black-lacquered eyelets on the side representing the two O's in Ron Dorff.

The Ron Dorff philosophy seems to be about offering everything a man needs before, during and after sports. Is that how you see the outline and evolution of the brand?

Yes, for sure. Ron Dorff mixes Swedish functionality with a certain French style in order to offer a man everything he needs before, during and after sports. It has been the concept since days one and it will continue to guide the evolution of the brand in the future. I believe in total coherence over time and a certain brand truth that doesn’t change with every new trend. 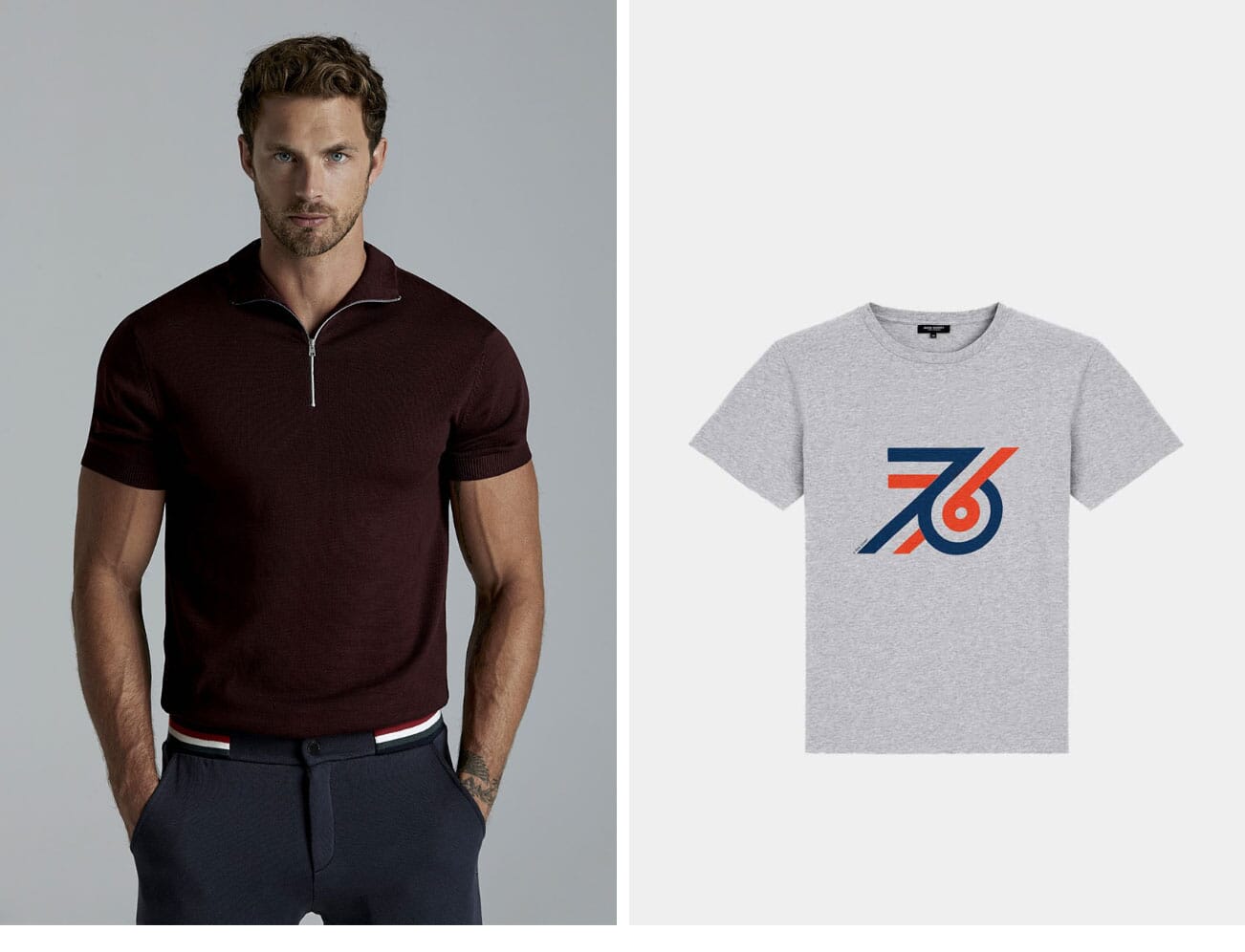 What has been the biggest breakthrough in the past 7 years for Ron Dorff?

I wouldn't say three steps that brought us to where we are today:

What has been the best piece of advice you have ever received?

Giorgio Armani once told me that a strong concept doesn’t see the light of day every day. Whatever you do, don’t give up.

What are the three most important things you’ve learned along the way?

Stay true to yourself, stay coherent, surround yourself with a strong team.

What do you do to keep your ideas fresh?

Ron Dorff is not about fashion but a certain lifestyle. Impressions come from all over: people you meet, photography, art, architecture and very often the past. Menswear is in my mind more about re-inventing than inventing. 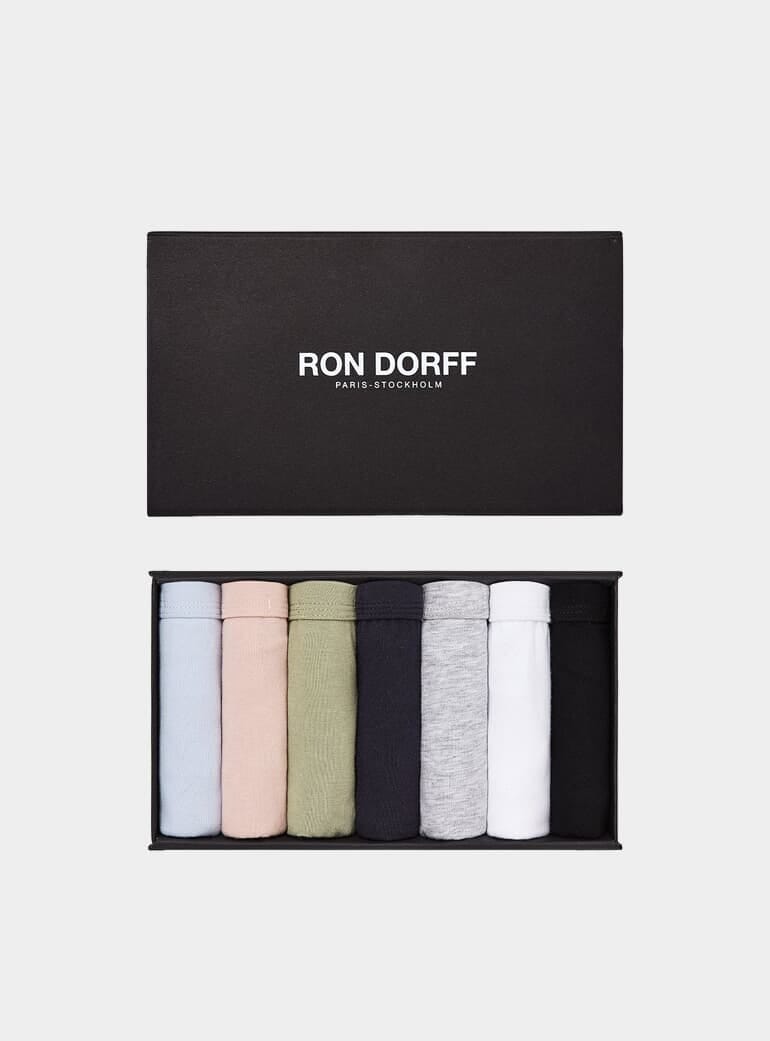 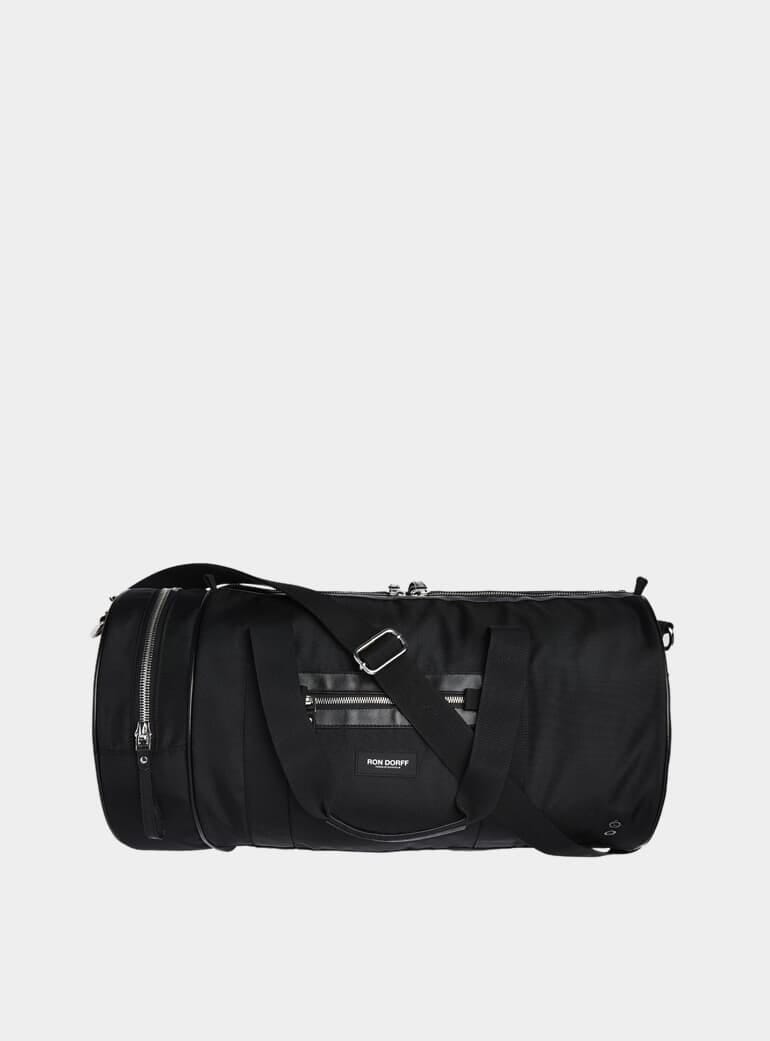 Do you have any superstitions, beliefs or self-imposed rules that you live by?

I’m not very superstitious but a rather straight-forward, no nonsense person in line with my Scandinavian upbringing. I believe that the Ron Dorff leitmotiv « Discipline is not a dirty word » is not only true for obtaining results in sports but also very true for life in general.

How has Ron Dorff evolved from the very first collection to today? What has been the biggest evolutions in that time?

Ron Dorff is a brand that expends vertically rather than horizontally. From day one we've had 4 categories to cater to - everything a man needs before, during and after sports - sportswear, swimwear, underwear and bodycare. 7 years later, anything new that we introduce still falls under one of these categories. I think this coherence is our strength right now and it will continue to be in the future. 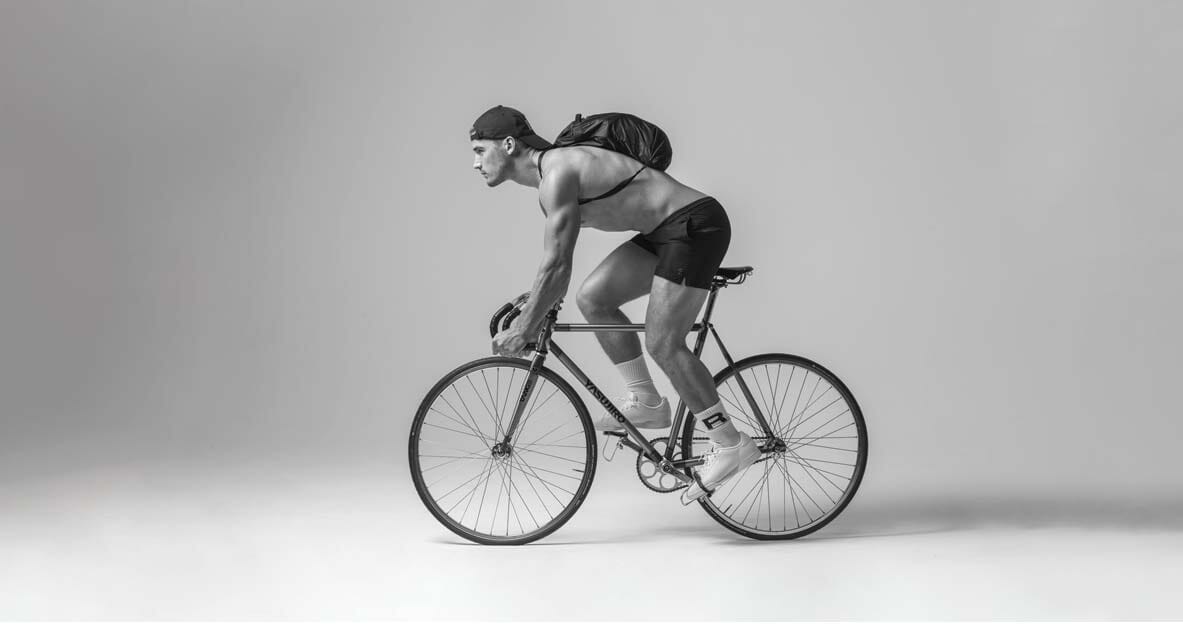 Ron Dorff is filled with premium sportswear silhouettes that you can wear all day long, but what are the three items you can’t live without?

For me personally it would be a pair of dark navy y-front briefs inspired by the model developed by the Swedish Army in the 70s, the heather grey hoodie in 100% pure sports cashmere and a pair of black Exerciser Shorts based on the classic rugby shorts of the early 80s. They're everything you need.

What should we all be looking out for in the upcoming AW18 drop?

The overall theme is GOING NORTH with colours and prints inspired by the Nordics. We are also launching our first running collection called RON RUN and an exclusive long-haul cashmere travel kit together with the Danish accessory brand MISMO called MARATHON FLYER. So keep your eyes out for that one.

Shop and explore the new Ron Dorff sportswear drop at OPUMO and if you’re after even more entrepreneurial insight, then be sure to check out our exclusive interview with A Day’s March founder, Pelle Lundquist.