Calvin Klein is selling one of his signature homes, his mansion in Miami. An estate agent's images allow a rare glimpse into this all-white mansion, on the seafront in Miami Beach, and for sale for $16-million.

Vast white living spaces form the bulk of the huge open plan inside living area, while outdoor spaces make the most of the Florida climate. Bamboo trees, reportedly selected by Klein himself, frame a lap pool that opens out onto Miami's North Bay.

In one of America's most flamboyant cities, there's no obvious ostentation. Rather like the best of Calvin Klein's designs, there's a real quiet confidence.

It's a piece of interior design that is all about what isn't there. There's no clutter, no extraneous detail. Vanity Fair magazine, after a private view in 2008, described the mansion as a place where Klein's "fashion voice carries over into his living spaces".

The designer bought the mansion in 1999 and spent seven years meticulously renovating it.

The estate agent's details say the home was built in 1929, has five en suite bedrooms and that "European craftsmanship throughout captures the essence of Zen". Furnishings, with design by renowned interiors guru Axel Vervoordt, are included in the sale.

As for Klein himself, the New York Post reports he's headed for Los Angeles, because, it's not about money but "it's the ride and adventure of living". 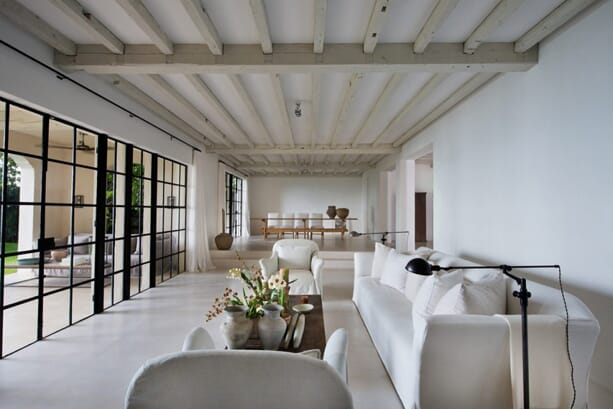 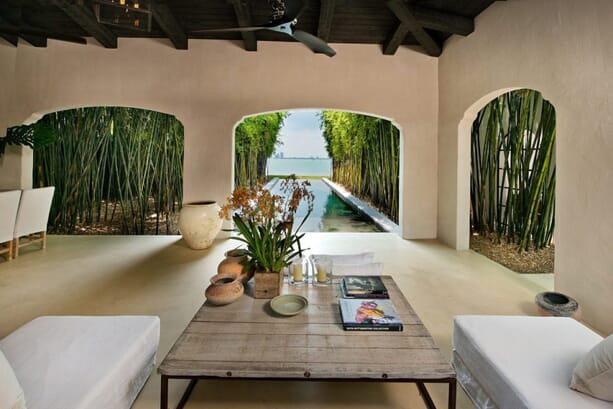 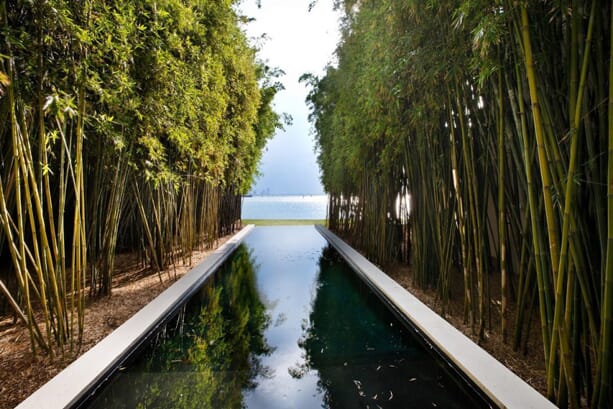 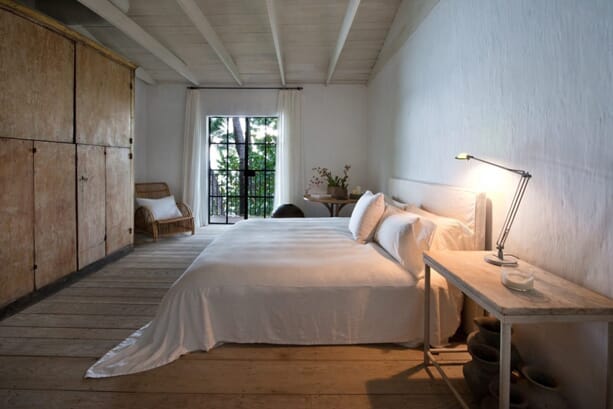 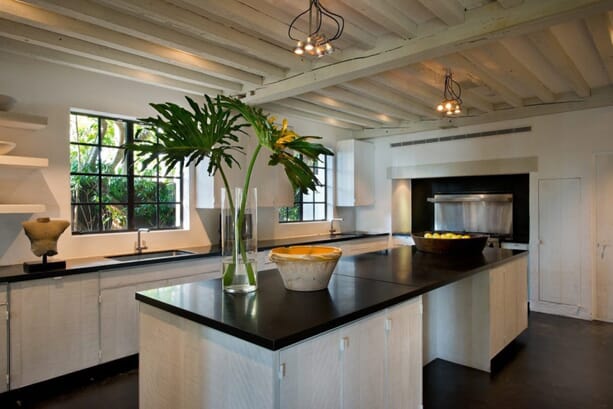