“The aim of art is to represent not the outward appearance of things, but their inward significance.”

Representative of the infamous words of Aristotle, Los Angeles-based artist and graphic designer Geoff McFetridge has launched his new exhibition, simply titled ‘It Looks Like It Says’.

Showcasing from now through to October 10th 2015 at New York’s Joshua Liner Gallery, the project is McFetridge’ first-ever solo exhibit with the gallery, showcasing ten works on canvas and multiple smaller pieces etched on paper.

Previously involved in an abundance of creative and commercial projects ranging from murals to animations, textile and wallpaper design to sculpture, ceramics, painting and work on paper- McFetridge’s signature style, rooted in simplistic imagery with smooth lines, matte colours and perspective, is at the forefront of every project he undertakes. Expertly demonstrated in his latest collection.

Despite the simplistic, uncomplicated aesthetic of the sketches in “It Looks Like It Says”, McFetridge’s work is rendered in acrylic on canvas and paper and are developed from a systematic process of repeatedly sketching and refining imagery – both in pencil on paper and latterly on the computer.

A notable and entirely unique exploration in to common shapes and basic elements, the exhibit takes on a more interpretative image, such as a visual alphabet that can be read, understood and enjoyed by all.

Explore the gallery of images below, and head to the Joshua Liner Gallery in NY through to October 10th to enjoy “It Looks Like It Says” in full practice. 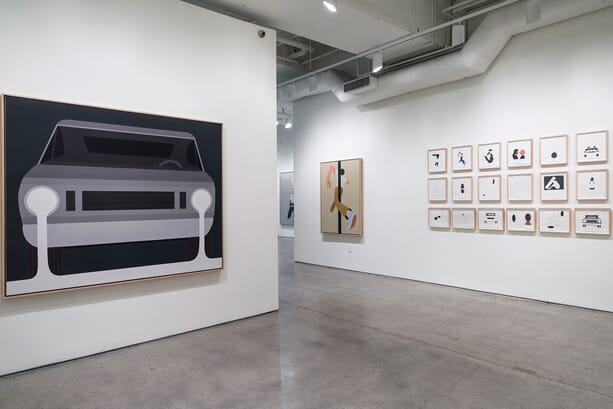 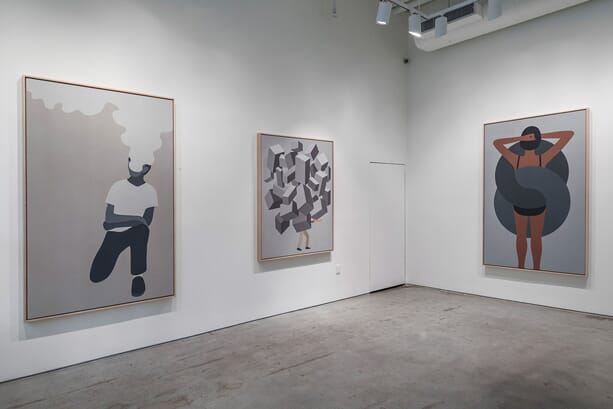 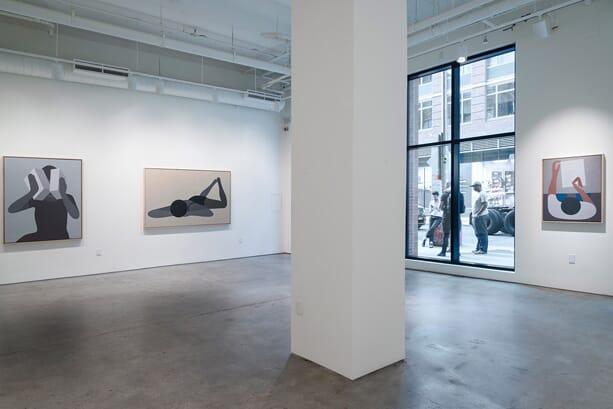 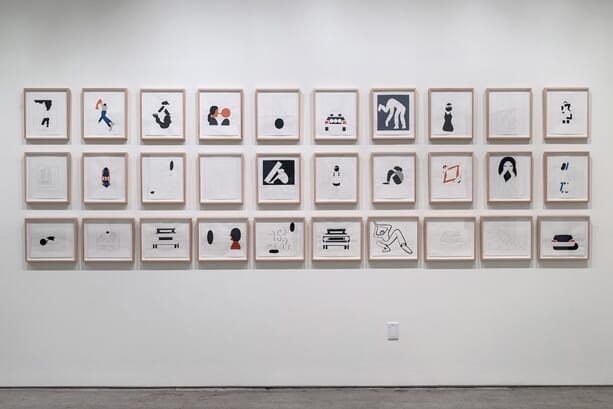 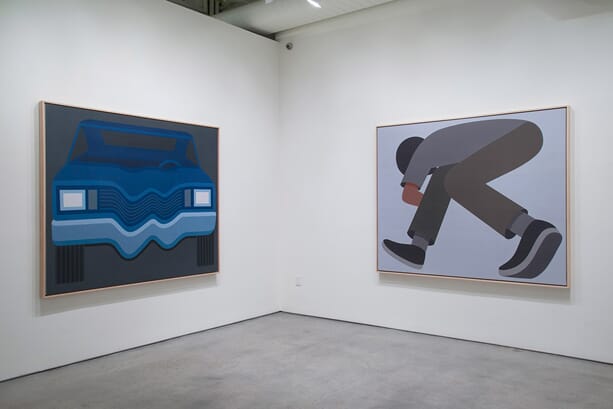