If the notion of the loft apartment seems to belong to the past, here's interior design from Kiev, the Ukrainian capital, that brings the idea and the space right up to date.

Retaining the original beams and the now-essential exposed brick, Martin Architects have added audacious touches to suit the taste of their client, a wealthy lawyer seeking a 21st century bachelor pad.

Their starting point was to create a loft for a gentleman, rather than a hipster. Martin Architects came up with a bold design that's not for the shy and retiring. A glass paned wall partly conceals a bedroom from the main living space, which faces an open kitchen, with a fire set ingeniously into its units.

A wall of plants framed by reclaimed wood adds both a witty touch and greenery to a dining area. Colours throughout are masculine greys and browns, with yellow accents in rugs and lights, while exposed concrete forms the backdrop to an adventurously-styled bathroom.

Kiev has been in the headlines for all the wrong reasons recently. This loft in the Ukrainian capital is a small reminder of the city's cultural talent and of bold hope for the future. 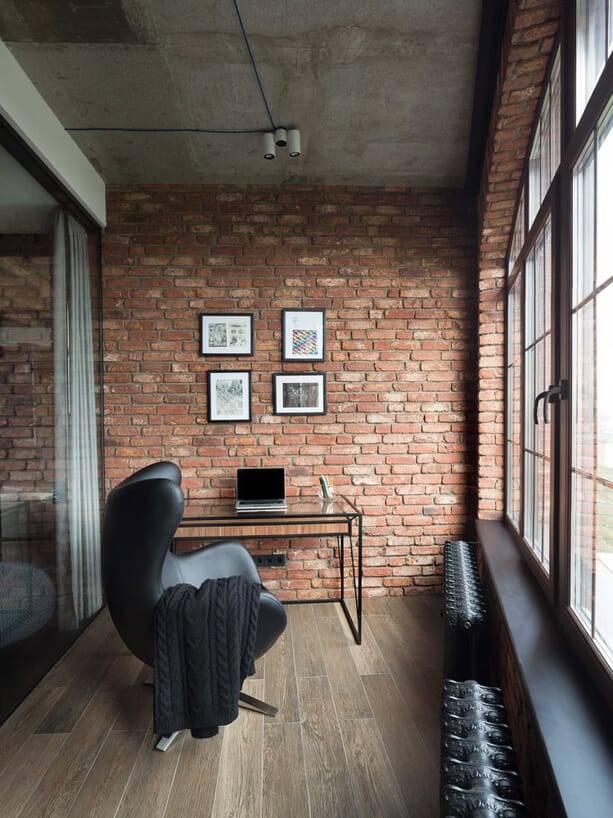 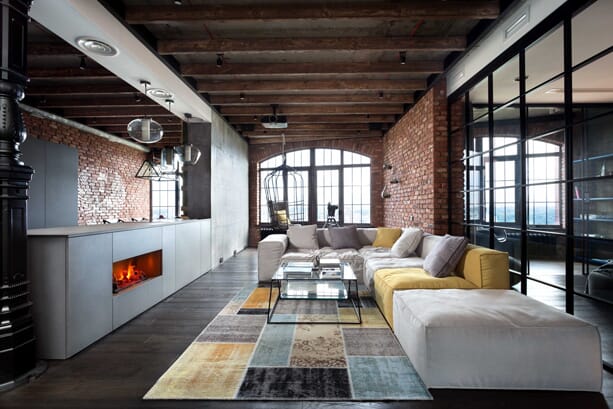 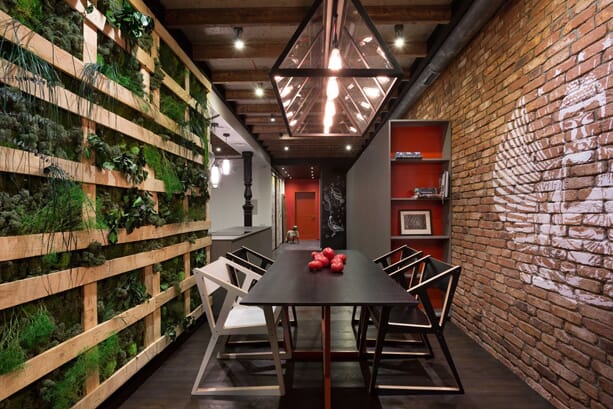 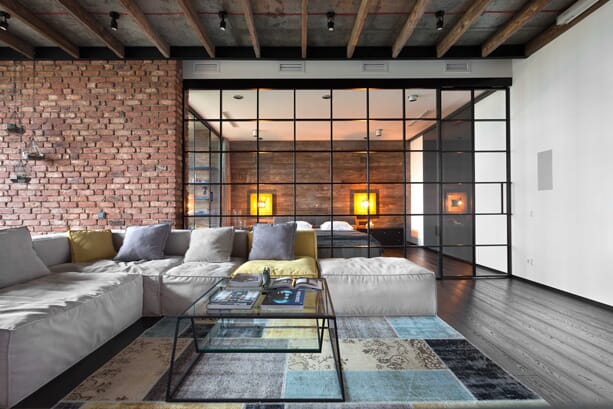