Sat succinctly in the sunken forest of Lake Maggiore, Switzerland, is the Lakeside Home by Wespi de Meuron Romeo Architetti.

Taking on a similar guise to that of the Easter Island Heads, two of the building’s three story’s sit below street level, and when approached from the road the house appears to be just one story tall; but from the valley below, the secret sections of the house are exposed.

Forming the discrete, private residence are coarse concrete walls which encase the whole house as it slopes down in to the steep bunker of the architects’ studio in Caviano- a region on the eastern shoreline of Lake Maggiore.

Breaking up the raw, abrasive façade of the house are deep square windows that are cut deep in to the building’s exterior to let light flow in to the internal courtyards as well as framing the two upper floors.

“The polygonal exterior shape and the steep topography of the site let the building appear as an archaic stone block in the middle of the forest,” explains the studio.

“This is reinforced by the rough washed concrete surfaces becoming darker by the weathering.”

The building itself boasts an irregular pentagonal form that was initially dictated by planning restrictions, but latterly became a vocal point of the property to appear as a closed, one-story volume.

In regards to the internal form of the house, all living areas are largely arranged within a rectangular composition, with courtyards installed around the perimeter to frame the house.

The largest living space in the project connects intricately with the street via a flagstone courtyard, which boasts a small seating area built in the wall, to offer residents views of the surrounding forest, lakes and mountains.

The ultimate secret sanctuary; take a closer look at the Lakeside home below. 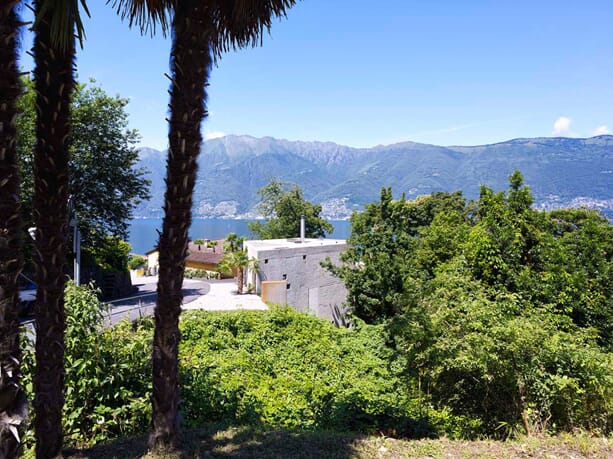 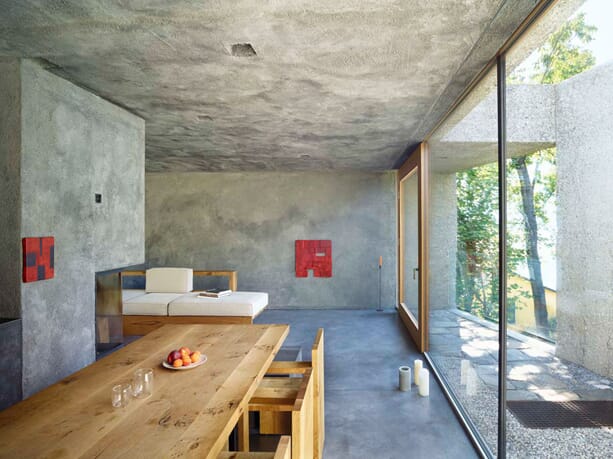 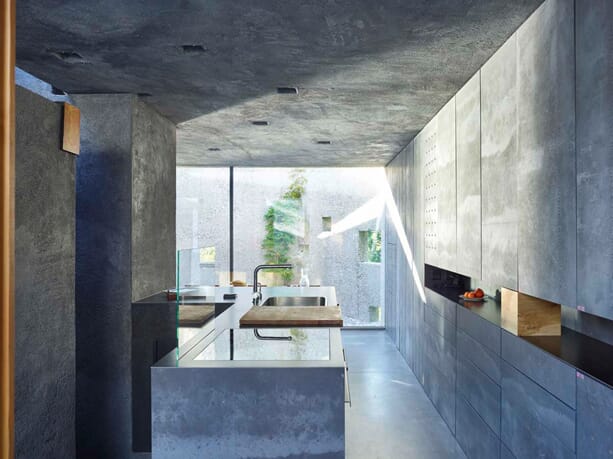 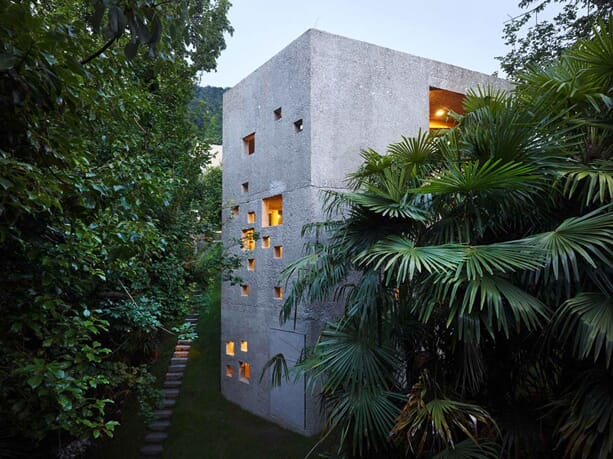 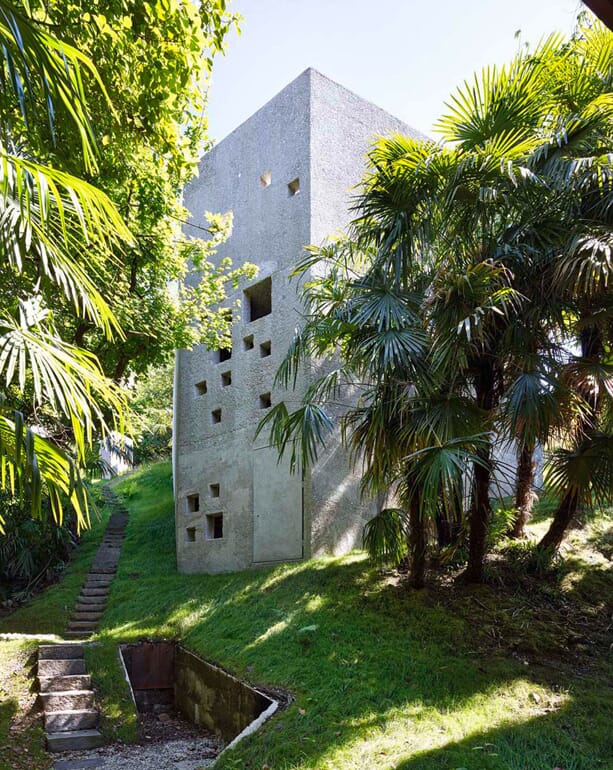