In the saturated world of custom-creations, there is a distinct formula that, despite their differences, ties most projects together. However, Gustavo Penna of Apogee Motorworks defies classification to remain a true pioneer of custom motorcycles.

The LA-based cinematographer has forged a formidable reputation for creating Ducati’s that are entirely unique. His latest creation, the ‘Le Caffage’, an update on the 2009 Ducati 848, exemplifies his daring, innovative nature. Standing as a futuristic machine that boasts a svelte bodywork and an extravagant personality.

The design of the bike remains true to traditional café racer proportions, exaggerated for spectacular effect, most noticeably through the oversized petrol tank. Elsewhere, Penna has modified the trellis frame for a more traditional shape, alongside installing twin stainless steel exhausts to compliment the curvaceous appeal of the bike’s upper bodywork. Yet the most inspiring aspect of the entire bike is the stealth headlight, complete with a lid-design to add an air of attitude and menace to the machine – “Like that of a lion, a bull, or a shark,” explains Penna.

In terms of engineering, the Ducati’s 848 engine has been upgraded with titanium valves, a slipper clutch and a full set of titanium bolts and fasteners. The result ensures the Le Caffage boasts formidable power to appease the speed-seeking exterior.

A limited selection of Apogee Ducati’s including the 848 and also a 1098 edition are set to go in to production, each possessing their own distinctive style and character. For full purchase information, head to the Apogee Motorworks website. 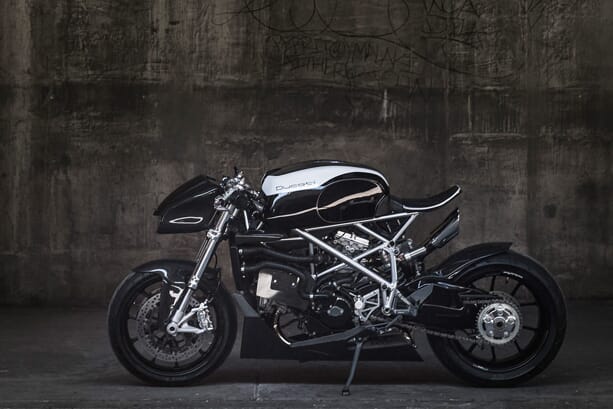 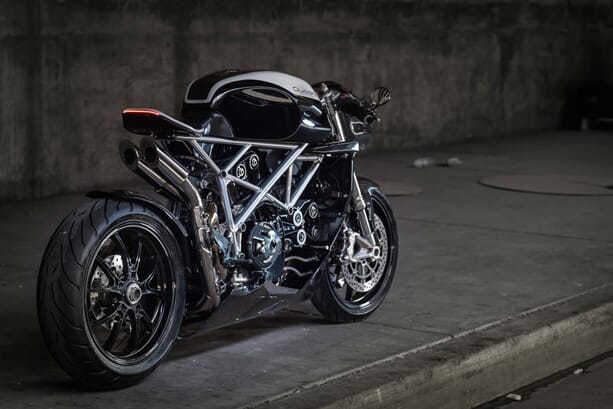 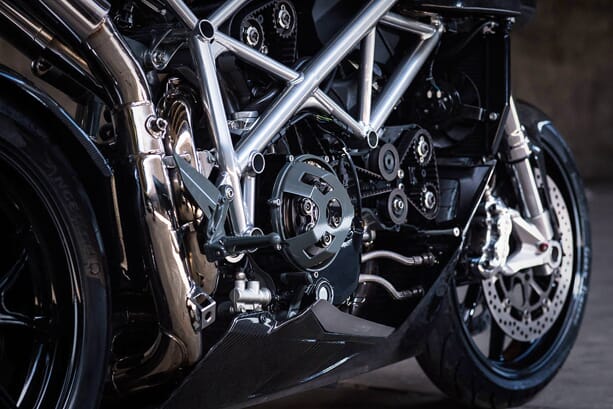 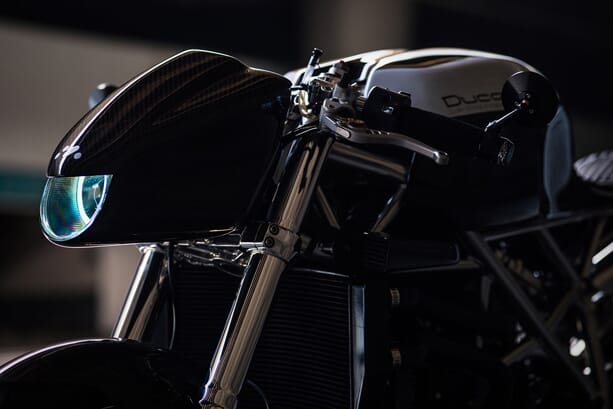