It is said that ‘every production of a designer should be the expression of an adventure of his soul’, and that is precisely what inspired the Loft 19 by A+Z Design Studio.

The studio, headed up by architect and product designer Attila F.Kovacs and his art director wife, Zsuzsa Megyesi, converted a former four-storey weapons factory into a dynamic, modern abode by following one thing; their heart. The eclectic space represents the vitality of contemporary design but, most impressively, it takes inspiration from Kovacs’ childhood years, between the 1950-60s.

Such was the importance of the project, that the pair became their own clients as the full conversion is now their home – in which they describe it to be “an island over the city; an abandoned and peaceful environment with special aesthetics.”

Located in the southern Budapest, Loft 19, originally dates back to 1913-1915 and it was revitalised courtesy of a two-year-long reconstruction. Across the four floors there is a wealth of guest suites, a large studio and showroom alongside a library, gym and roof terrace. But perhaps the finest element of the entire design lives in the attic, where the studio turned a concrete fire water tank into a swimming pool with its own artificial current.

Beyond the mix of styles and eras, the space is defined by its array of bespoke pieces – which have all been personally collected from markets, auctions and antique shops over Kovacs’ life. Those eclectic furnishings play a main role in contrasting the interior against the structural elements of the mid-century shell – as the iron doors, original beams and sweeping bookshelves have all been preserved to provide a pertinent memory of the buildings’ history.

Take the tour of the property for yourself in the image gallery below and be sure to check out more of the studio’s project on the A+Z Design website. 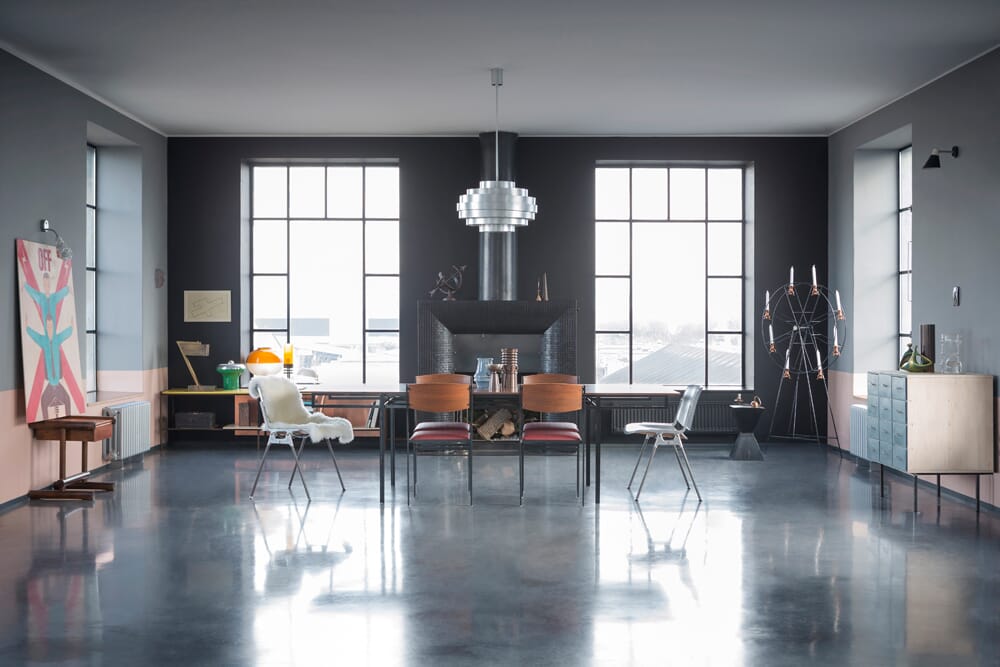 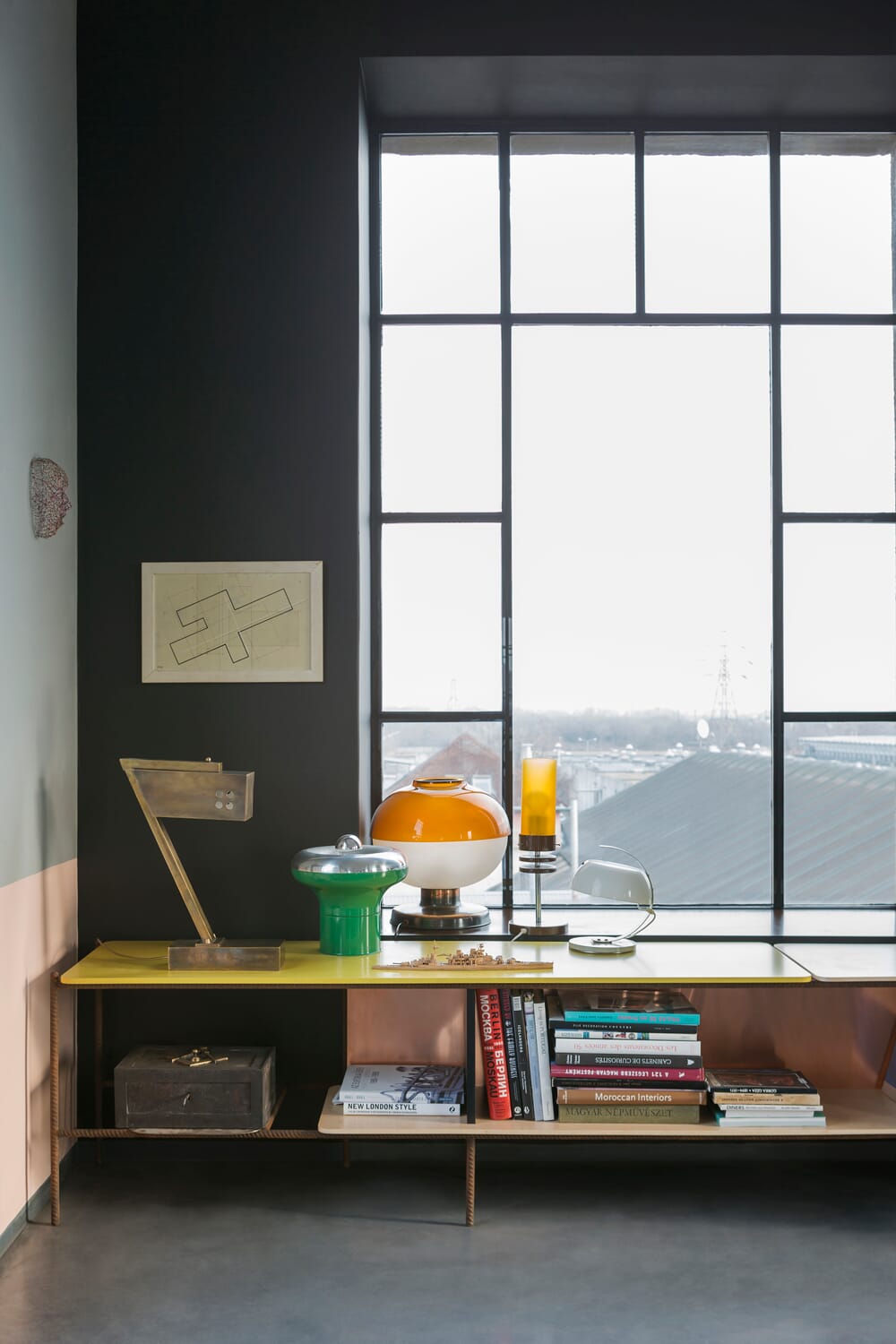 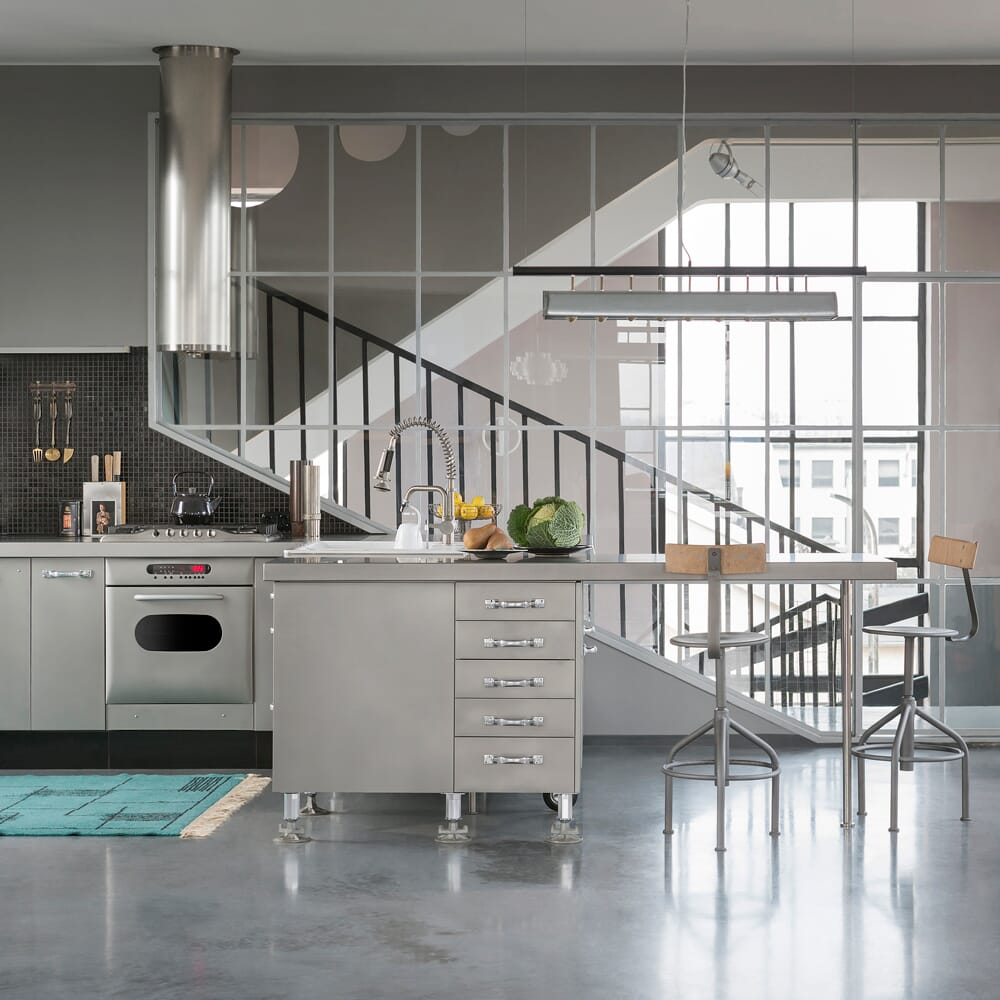 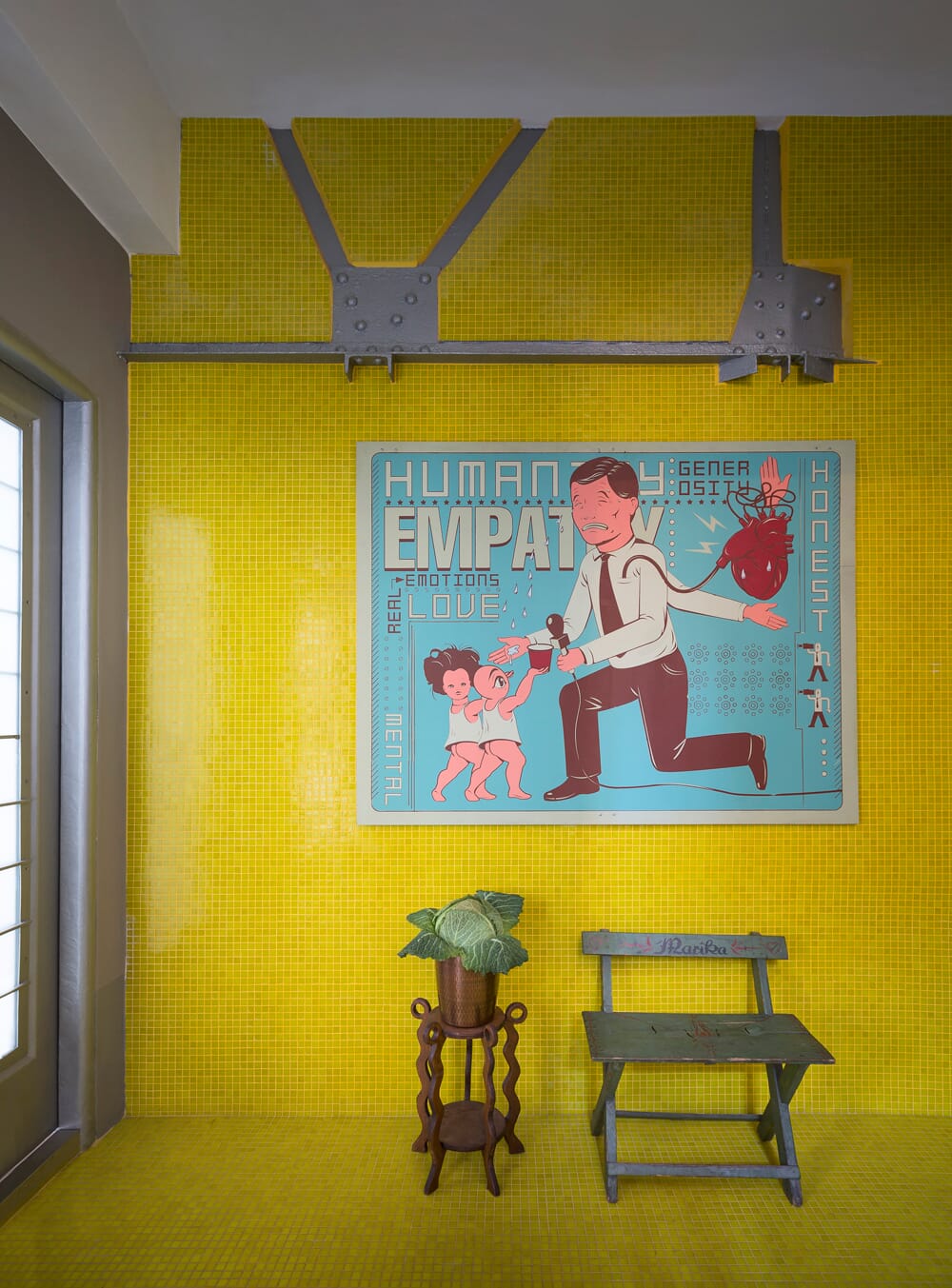 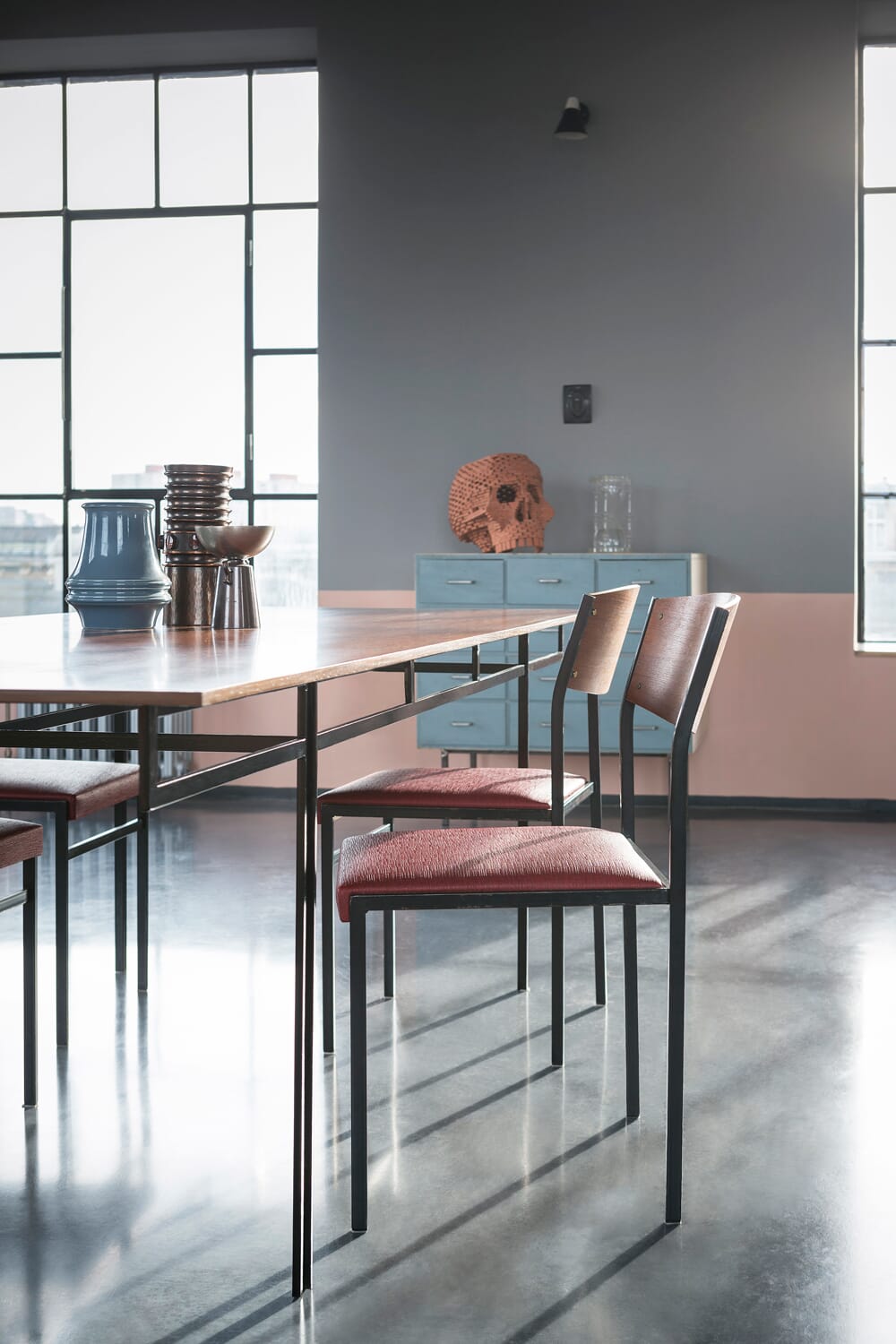 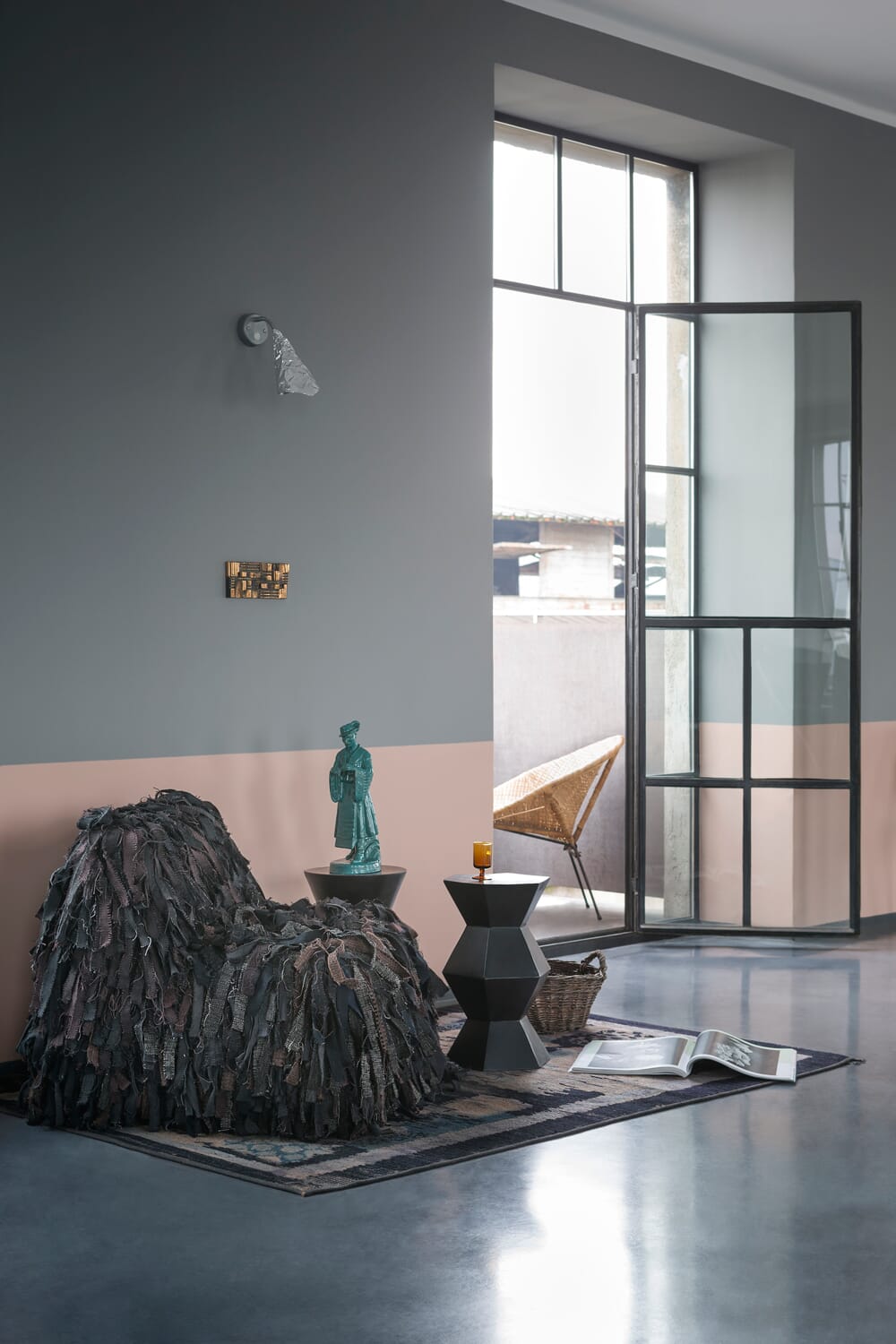