Supreme style has always been synonymous with sailing. Never so intricately as this however; as the Maìn yacht, prized possession of world renowned fashion designer Giorgio Armani, is sophistication personified.

Named after his mother’s nickname as a child, Maìn, the yacht is one of the most innovative, pioneering vessels to be constructed in recent years.

Although Giorgio has previously hosted a soiree for over a hundred guests during the Cannes film festival, the yacht is often deployed as a private residence, in keeping with the heart-felt family nature of the boat.

That doesn’t deter from the imposing enormity of the boat, quite the opposite in fact. Slicing through the waves, with its tapering bow stretching forward over the water, angular lines and unusual dark-green colour, Armani’s yacht has the commanding profile of a war machine rather a luxury cruiser. Yet it is the perfect expression of the designer’s astute eye and highly tuned aesthetic.

The stealth appearance of the boat, was of course, entirely intentional, as Giorgio viewed the practical, space-saving methods of older ships as an ideal for his own vessel. For example, the toys and tenders are concealed in a garage beneath a grand staircase that descends down in to the water, connecting the yacht with the surrounding sun, sand and sea.

Refined with sweeping angular lines, large framing windows and spacious interior exuding Armani’s favourite suit shades of grey and beige, every detail of this magnificent yacht is to be admired.

Describing every moment spent on the boat as “perfect”, Giorgio explains that owning the Maìn yacht has bought him the greatest pleasure. “It’s the certainty of serenity, a taste for the rhythms of the sea, which is at one with our most profound inner nature.”

When it looks as good as this does, its hard to disagree. 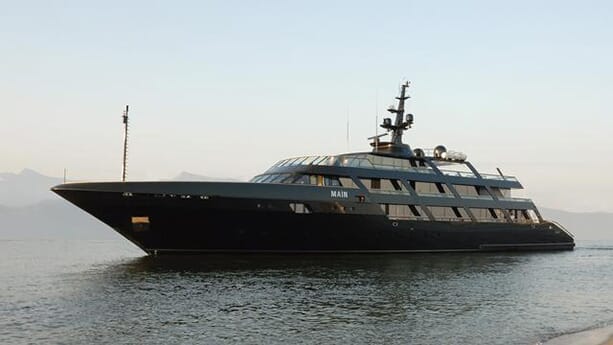 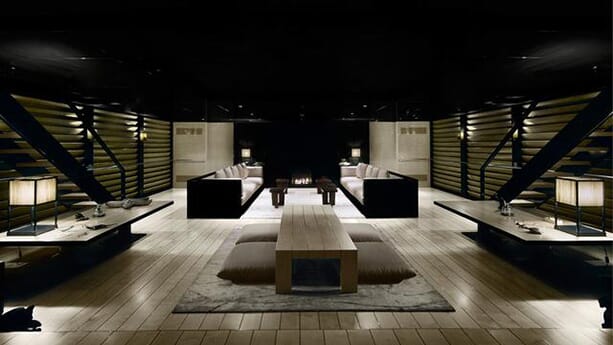 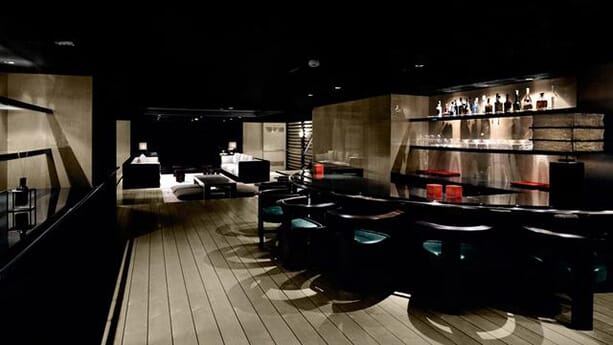 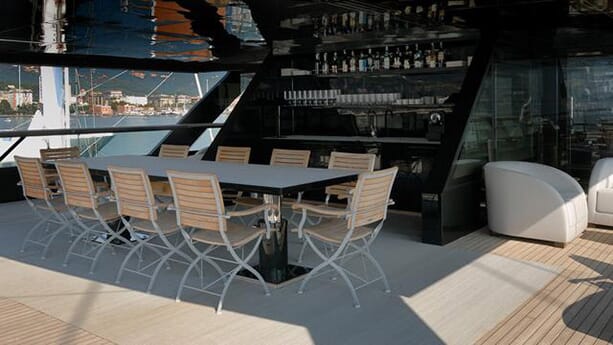 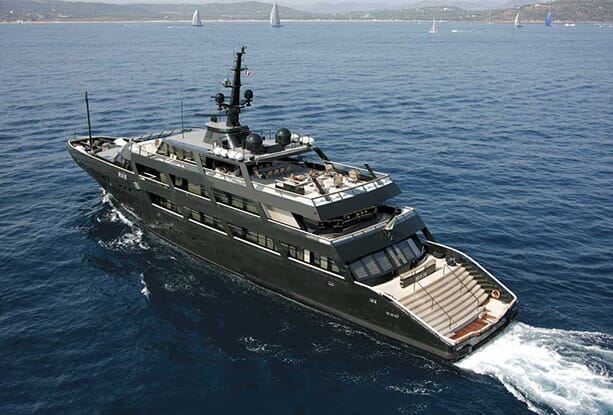