Art should evoke emotion; motoring should evoke raw passion. Seldom do both exist so succinctly as in the Mercedes-Benz 300 SL Alloy Gullwing.

The purveyors of eternally stylish motorcars, Mercedes-Benz produced just 1400 of these simplistically astute 300 SL Gullwings between 1954 and 1963, and of that exclusive number just 29 were aluminium alloy bodied.

The alloy body acted as a supremely subtle yet wholly rewarding adaptation to the existing fastest car in the world at the time of its release. The implementation of an alloy body saved over 80 kilograms of weight than the more common steel bodied editions.

Developed to save weight, which in turns spurns more speed, the aluminium ‘spaceframe’ also improved stability in the car but had one limitation. Hindsight would prevail that it is not in fact a limitation at all, mind.

The spaceframe required high-sills along each side of the car- necessitating the installation of gullwing doors in to the original design- establishing one of the most iconic sportscar features of all time.

No less, there was more to the Mercedes SL 300 than just what met the eye.

Another one of its many firsts, the 300 SL adorned the first fuel injection system ever in a production car. Elsewhere, the straight six engine implemented in the car was a derivative of the same engine used in the W194 Grand Prix car, and when combined with the innovative fuel injections, the 3 litre 6 cylinder engine propelled the car to a top speed of 161 miles per hour- a truly supersonic speed in 1954.

The car pictured was ordered by Swiss industrialist Rene Wasserman, who not only purchased the 300 SL as standard; but proceeded to include red leather interior, sports suspension, sealed beam headlights, a Sonderteile engine and complete matching luggage to consolidate the SL as one of the greatest cars to ever exist.

With an estimated value of $6,500,000 this Mercedes SL may be in everyone’s hearts, but only a suitably deep-pocketed few will be able to claim the ultimate driving experience as their own.

Rolling on to the stage at the Monterey Auction on the 13th August 2015; may we start the bidding… 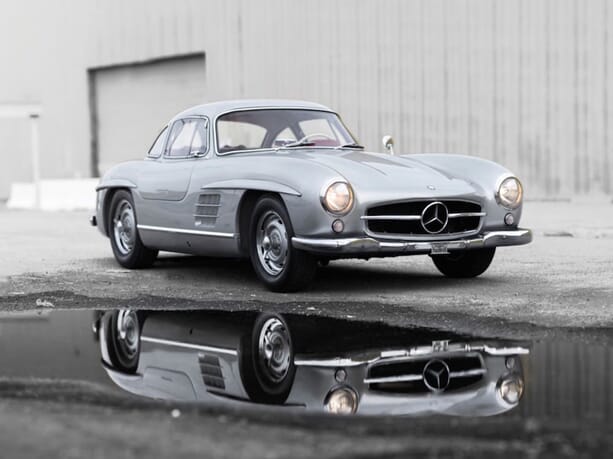 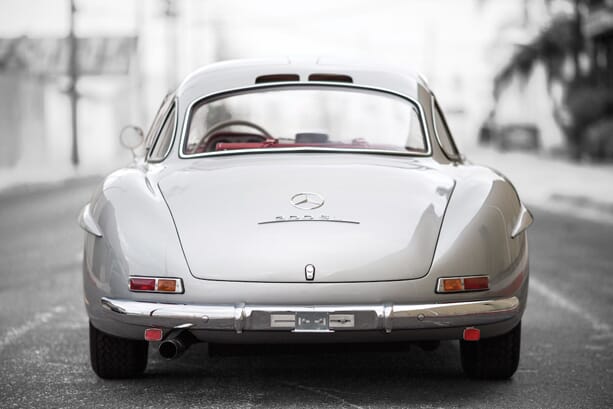 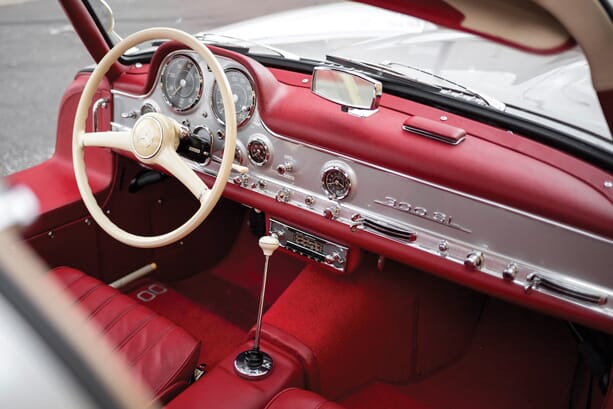 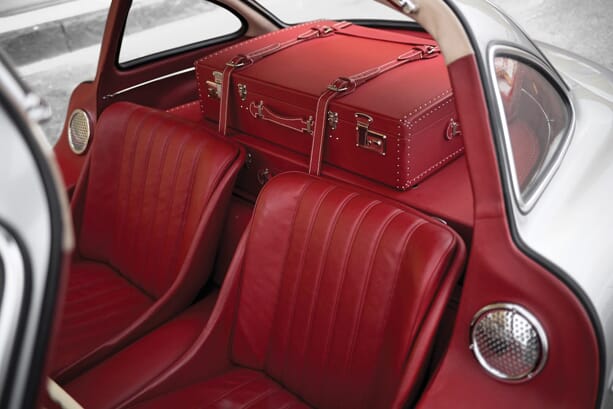