The Mercedes E500 is truly one of a kind.

Exuding class and excellence, the E500 was born out of the standard Mercedes W124 model, which the German automaker later adapted alongside their native counterparts Porsche, to create a high performance and energetic iteration – the E500 Limited.

With an inherent focus on detail and precision, every E500 was meticulously crafted in a remarkable build time of only 18 days.  Consequently, the E500 was repeatedly shuttled back and forth between the two factories to achieve the high-quality demanded by both marques.  The result, produced a machine that possessed a remarkable 5-litre V8 engine and supplied a deceptively quick 315bhp. Which inevitably explains the fact that the E500 was dubbed ‘a wolf in sheep’s clothing’.

Mirroring the marvellous engine specification, the car boasted an aggressive and assertive aesthetic.  Featuring a 1.5-inch wider track, 0.9-inch lower profile, flared fenders and wide tires, the E500 was easily distinguishable from its stock counterparts. Sitting atop a set of 17” six spoke alloys; originally seen on the legendary 190E Evo II, the tyres contributed to the self-assured exterior of the model. Inside, the interior was formed on the notions of comfort and luxury, defined by distinctive two-tone leather upholstery and Recaro sport seats. Delicately decorated in plush grey suede headlining and maple wood trimmings, the E500 Limited provided an exquisite blend of speed and style.

Originally configured for the German market, this specific model rolls up to sale via 4 Star Classics with a guide price of £29,995. Despite it’s German accreditation, the car spent most of its life in the dry of climates of Japan and is thus, in exquisite condition. Take a closer look at the spectacular E500 Limited below and visit the 4 Star Classics website for full sale information. 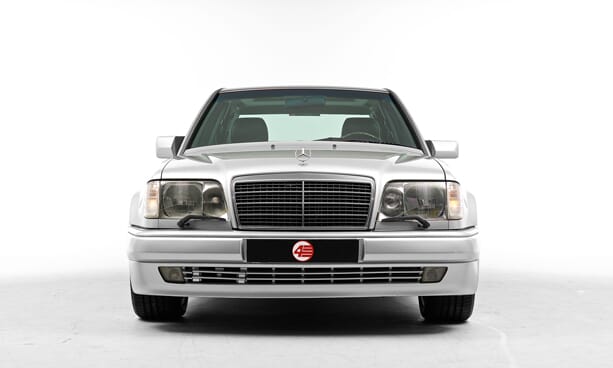 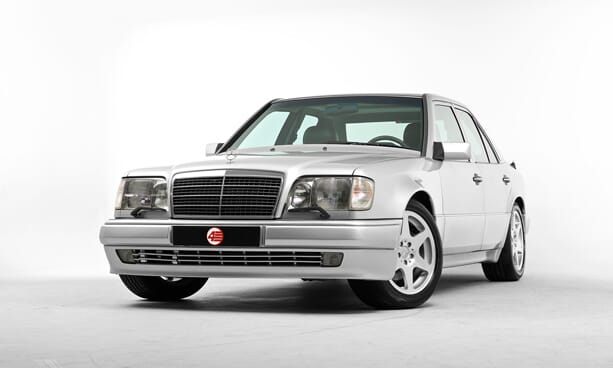 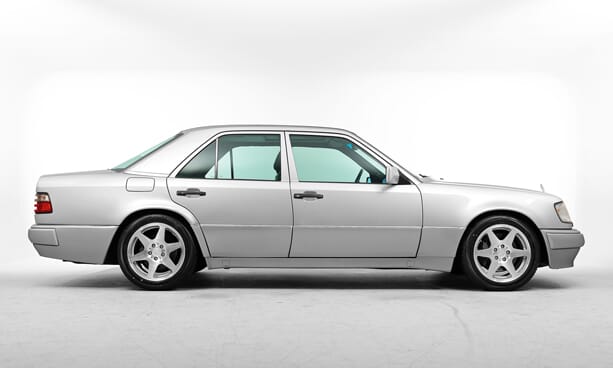 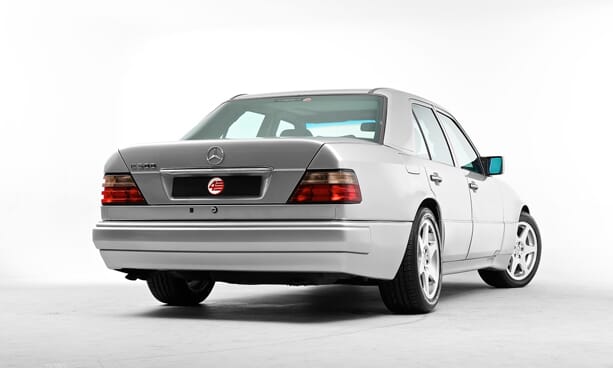 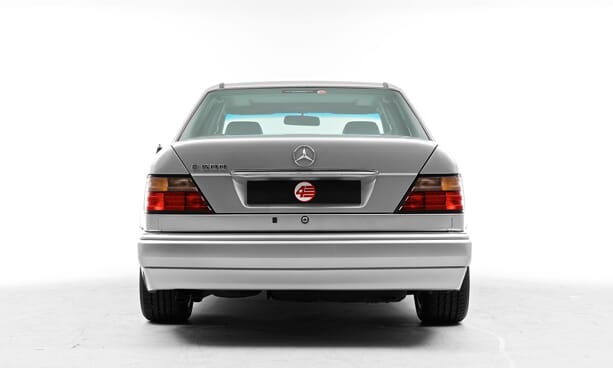 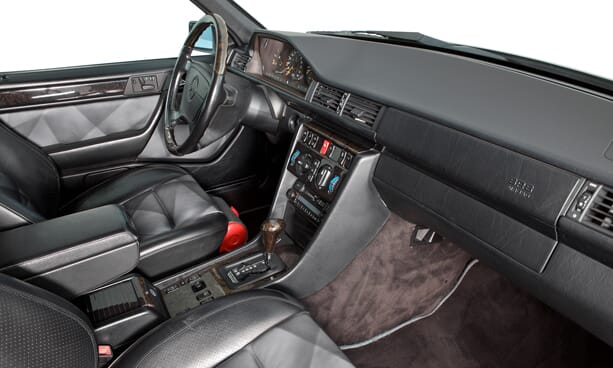 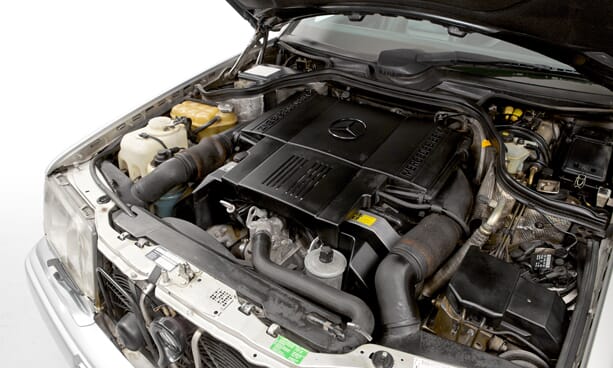