Now Morgan has plugged the future straight into the past with the EV3, a streamlined electric three-wheeler which has just made its public debut at the Goodwood Festival of Speed, Lord March's annual celebration of automotive splendour in deepest Sussex.

The Morgan Motors Company Electric EV3 isn't aimed at a mass market (what Morgan is?) and will be produced strictly to order. The little three-wheeler is propelled by 45kw electric motor, mounted at the rear.

Morgan isn't quoting any performance figures for its new little beast, but does say that at 450kg, its weight is even less than the three-wheeler's conventionally-powered counterpart.

The EV3 aims to put to rest the notion that electric cars are worthy, boring and of no interest to true motoring enthusiasts. 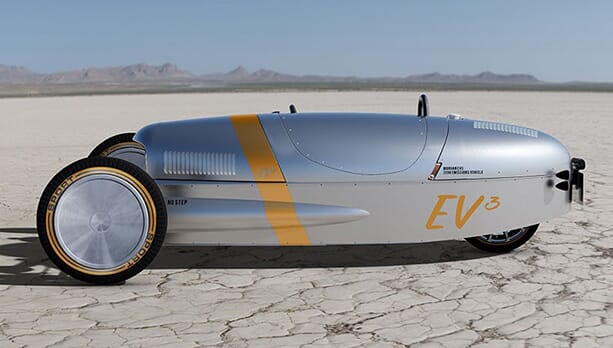 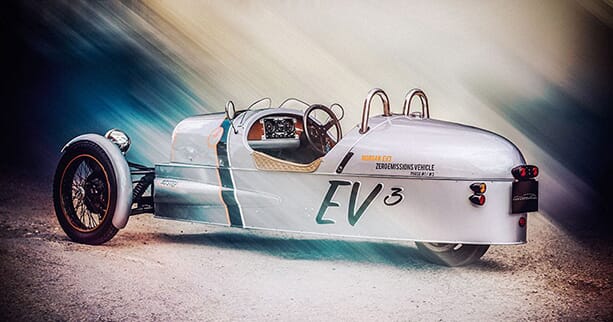