Defying the constraints of modern architecture and the traditions of optical illusions, the interior of the new Dominion Office Building, Moscow, is a truly enchanting spectacle.

Designed by Zaha Hadid architects, previously featured on the OPUMO magazine, the ‘Dominion Office’ is among one the first structures to be completed in Moscow’s emerging Yuzhnoportovy district.

Internally, the atrium surpasses the ordinary decor archetypal of office lobbies through the construction of vertically stacked floorplates arranged around the atrium which rises up through the building.

The minimalist monochrome colour palette adds to the mesmeric nature of the project, and as the atrium slopes up the building, balconies on each level correspond to the displacement of the outer envelope, while a series of high-shine black staircases interconnect through the central void.

The build is not just an artificial experiment, as the atrium becomes a shared space that encourages interaction between employees of the surrounding offices. Maximising the pragmatic layout of the build, there is ample office space organised around rectangular bays to offer a range of possibilities for small, expanding or large companies.

Located in the periphery of the atrium sits gaps in between offices and windows which provides the core of the building with some transparency, allowing light to penetrate in to the office areas from the central shared space below.

With the Moscow Dominion Office the monotony of daily routines and work excursions cease to exist, acting as the ideal workspace to amplify creativity. 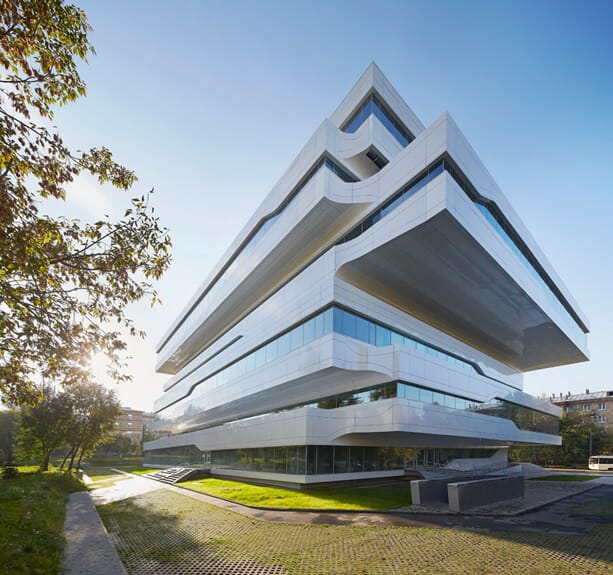 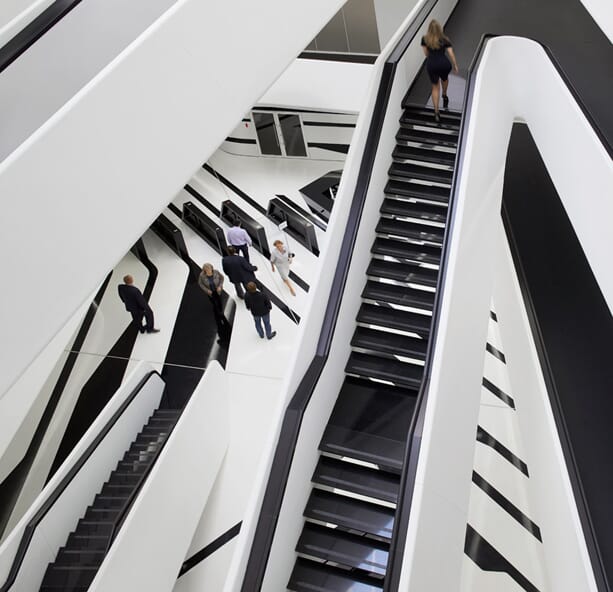 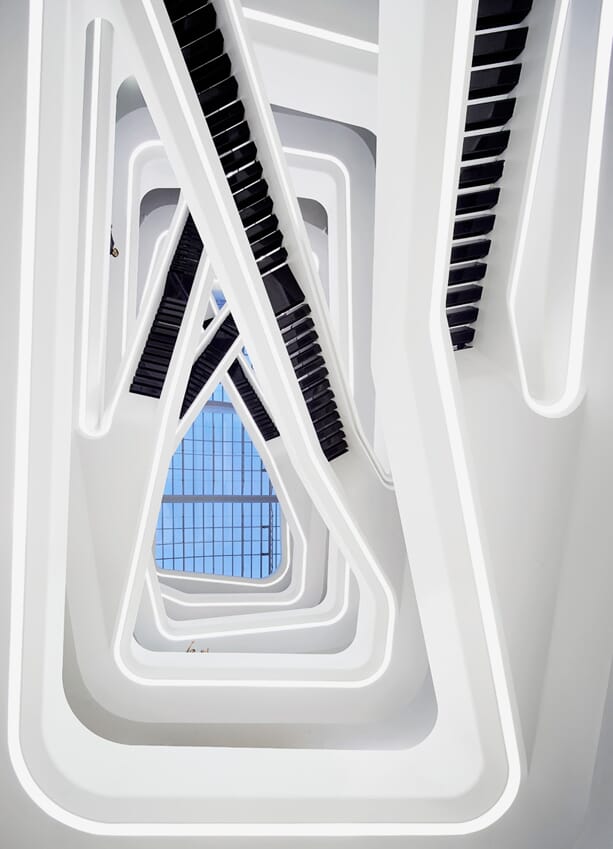 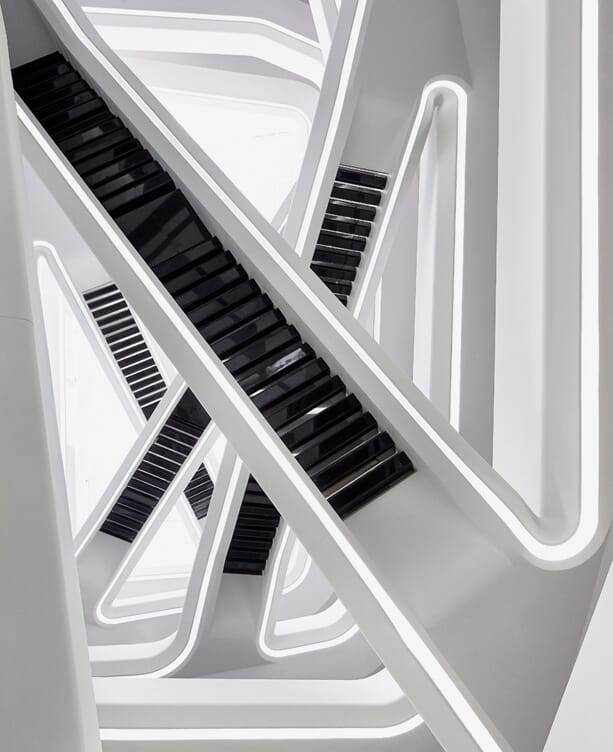